Thwing in process of makeover, more changes expected this summer 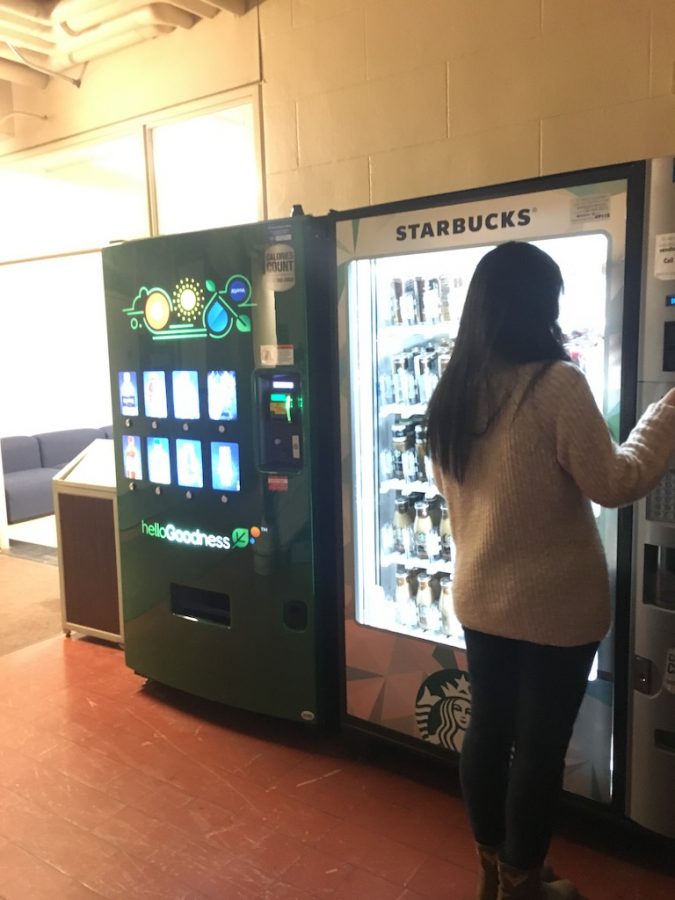 Vending machines were added to the basement of Thwing Center. Since last year, steady changes has been made at Thwing and more is expected in 2017.

The Thwing Center, established as the heart of campus by the Student Presidents’ Roundtable, has undergone several changes this past semester and is expecting more this year.

One of the changes is a new bulletin board in the Thwing Atrium. Since the old post office moved to the center of the atrium, the main entrance now is more spacious, with white walls open for decoration. According to Arlet Wright, the Director of Thwing Center, the administration is planning to turn the surface into a “focal point wall” that welcomes people who enter the atrium from Euclid Avenue. The team plans to hang lights and quotes on the wall at the start of the new academic year to welcome students. Throughout the school year, the wall will display event information.

Two vending machines have been added to the basement of Thwing. According to Beth Nochomovitz, the director of Auxiliary Services, her department is replacing all the Pepsi machines across campus as part of its “refresh” program.

In addition, the Undergraduate Diversity Collaborative (UDC) moved to its own office in the Spartan Room located in Thwing West this semester. Previously, UDC had used the Student Activity Center in Tinkham Veale University Center, when available, as its office. The new office in Thwing West is also temporary. UDC will eventually settle in the basement of Thwing next to University Media Board’s office, once the renovation of that space is completed.

Many of these changes are driven by the Thwing Advisory Board, an advising committee consisting of students and Thwing administrators. In November 2016, SPR published a proposal to renovate Thwing, and since then SPR has been working closely with the advisory board to realize the proposal.

According to Andrew Dupuis, the president of the Residence Hall Association and also a member of the advisory board, there are some upcoming changes that will be implemented by the end of summer. These changes include the renovation of the ballroom and the restoration of its floor.

There were also ongoing discussions in the advisory board about improving the commuter lounge to “primarily update the furniture and kitchenette to be more functional and serve the actual capacity of the room,” said Dupuis.

“I am very pleased with the changes that are being made, and the pace at which they are occurring,” commented Dupuis. “Throughout the entire process, students have been the agents of change, and students’ needs have been the driving consideration.”