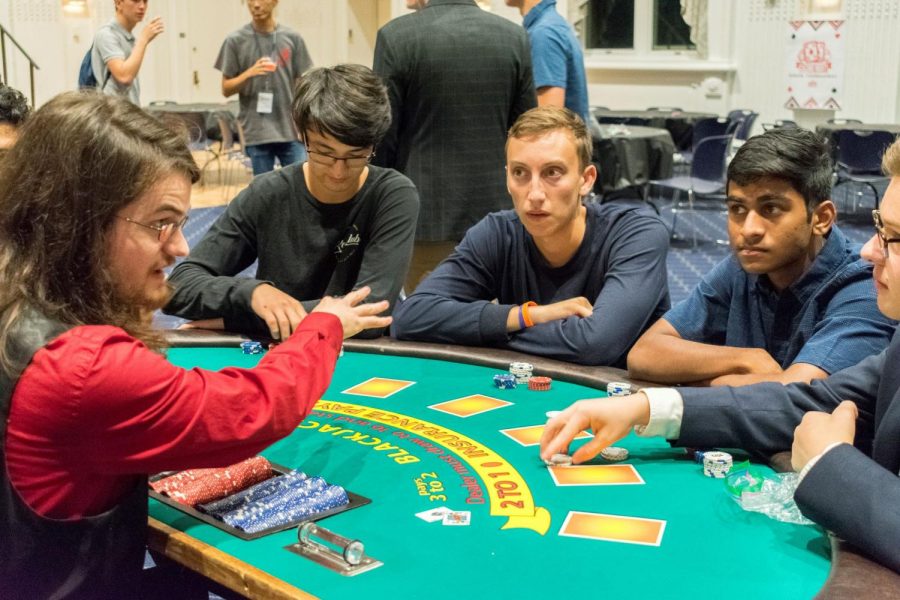 Picture this: you’re standing in the middle of Tinkham Veale University Center, squinting at the tiny map of campus you’re holding in your hand, trying to figure out where you’re going next. Your Case Western Reserve Guides app says the Pre-Med meeting is in Strosacker Auditorium, and your watch tells you it starts in about 15 minutes. You don’t even know what Strosacker Auditorium is as you find it on the map. Eventually, your feet carry you in what you think is the right direction, your eyes fixed on your CWRU Guides app, trying to piece out the rest of your day.

You still have to go to the bookstore to pick up your textbooks, attend Casino Night, catch up with your new friends from Orientation and about a thousand other things you’re barely remembering. Trying to fit all of the information you learned during Orientation Week into your brain is a pretty much impossible task. No matter how hard you try, there’s just too much of it to fit in your brain.

But to me, that’s the beauty of it. A good friend of mine described Orientation Week as a “CrashCourse video on how to be a college student,” and I think that’s an excellent way of thinking of it. The purpose of Orientation isn’t to make you remember every little detail of every single day, it’s to make you feel more comfortable in the college environment.

That being said, there are a few critical things to keep in mind as you navigate Orientation Week and, by extension, college life as a whole.

For starters, the length of Diversity 360 makes it far too easy to zone out and disregard the information being presented to you. Don’t. The whole idea of Diversity 360 is to teach students to both respect and accept each other for who they are. This is something you’ll do every day at Case Western Reserve University. From learning to introduce yourself with both your name and your preferred pronouns, to recognizing when you’re saying something hurtful without even realizing it, Diversity 360 is truly valuable on a campus as powerfully diverse as CWRU.

It’s also essential you utilize the campus’ public transportation resources. In addition to having access to all of the Regional Transit Authority trains and busses that run all across the city of Cleveland, CWRU also has its own shuttle system. The smartphone app “TransLoc Rider” is a must have for all students. This app will show you all of the CWRU shuttle pickup sites across campus and gives you estimated arrival times. This comes in handy during the winter months when you don’t feel like walking to that 8 a.m. lecture on the opposite side of a snow-covered campus.

And finally, don’t be afraid to jump into what’s beyond Orientation Week with both feet. You have four years at CWRU to figure out what you love. With that comes the ability to try new things, the ability to take a class in a subject you never had the opportunity to explore before and the ability to change your mind. Four years means that it’s okay if you start off thinking you want to study biology and eventually realize that your passion lies with the humanities. Take big risks and pursue what you actually care about or are interested in. Leave other people’s expectations of you behind and go beyond what you once thought possible.

Katharine (Katie) Toledo is a second-year student studying history and economics on the pre-law track. Her hobbies include watching Netflix, staring at photos of her two beagles, visiting Mitchell’s Ice Cream and writing for The Observer.