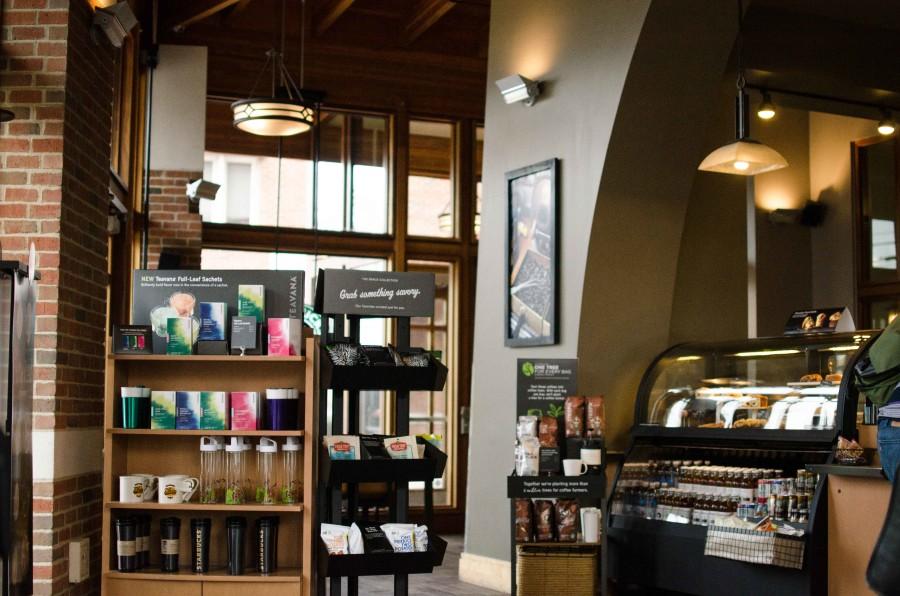 The Village Starbucks and Tomlinson Hall will both be undergoing considerable changes before the upcoming Fall semester.

Expansions at the Village Starbucks

The Village Starbucks will soon be expanding to offer the chain’s full food menu. Over the summer, they will be knocking out the wall separating the coffee shop from The Village study room and using the space to expand the counters to start offering sandwiches, breakfast food, pastries and more. This comes as a part of Bon Appétit’s new agreement with the franchise, which was signed after 10 years at the university.

In addition, Bon Appétit hopes to upgrade the checkout technology so that students can pay with their Starbucks card or the chain’s mobile app without having to read out their card numbers. Currently, this is not possible because the system works through Blackboard. With this upgrade, the chain would also start accepting Starbucks rewards.

The Starbucks will close the day after commencement, and will be reopened before the Republican National Convention in June.

A new look for Tomlinson

Over the summer, Tomlinson Marketplace will also be getting a makeover, with the entire room being gutted and redesigned for a more modern look.

“It was time to redo the dining room,” said Nochomovitz. “We want it to have a better flow and be more visually appealing.”

Current restaurants, including Spice, Fire Grill and Local Taco Shop, will all remain in the newly designed space. Subway will also stay, with more space for lines, as well as their own drink and checkout location so that they could possibly remain open later than the other restaurants.

Oasis, Fribley Common’s allergen-free food station, will be expanding to a bowl concept, where students can pick their own starch, protein and veggies.

Although the station has been successful in Fribley, Bon Appétit says it is unlikely that the allergen-free concept will be added to Leutner Commons. The kitchen in the cafe is too small to completely separate the station, as it is in Fribley, which would make it too difficult to keep the food entirely separate.

However O’Brien stressed that Bon Appétit works on a “just ask” policy, where students are encouraged to ask chefs or staff members about food allergies.