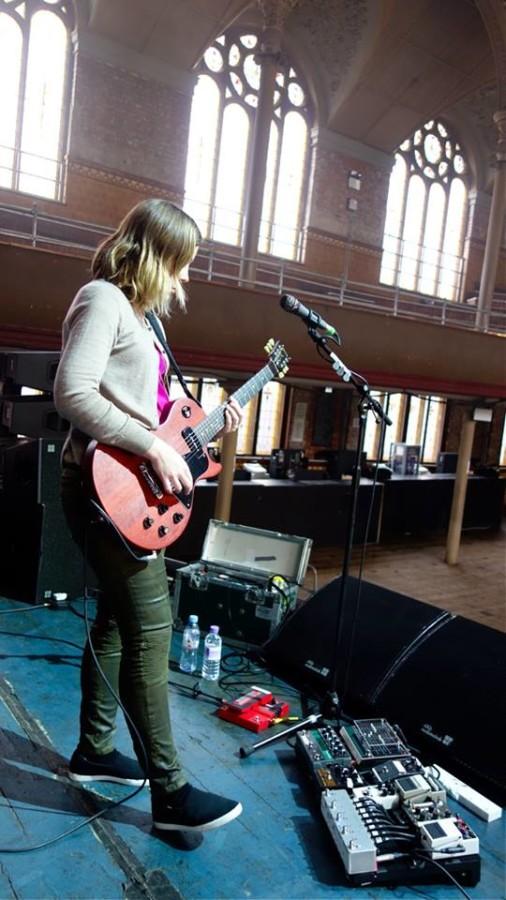 Punk rock band Sleater-Kinney's new album "No Cities to Love" is one of the best releases of 2015.

1. “To Pimp A Butterfly”—Kendrick Lamar

This Compton rapper’s artistic metamorphosis is a genre-defining masterwork of smooth hip hop, funky jazz grooves and dark poetry that proves Lamar is one of the most important musicians making music today.

Straddling sounds from psychedelia to electronica, Kevin Parker’s third LP as Tame Impala is a dizzying sonic array of musical interludes that bathes the listener in auditory bliss.

The quiet charisma of Kristian Matsson’s voice carries the expansive tunes of his third full-length album to lofty new heights, while his nimble guitar playing keeps them grounded in an organic honesty that makes this album one of the year’s most compelling releases.

Filled with stomping and the infectious sounds of Motown soul, Colorado’s Nathaniel Rateliff and his band, The Night Sweats, have succeeded in making a record with a throwback sound so good, it’s timeless.

Washington’s aptly titled “The Epic” is a debut that challenges perceptions about jazz in the 21st century without compromising or pandering, making for one of the most satisfying listens of 2015.

Recommended Tracks: “Change of the Guard,” “Miss Understanding” and “The Message”

Recommended Tracks: “Return Of The Savage,” “Let The Record Spin” and “Resurrection Morning”

7. “I Love You, Honeybear”—Father John Misty

Reserved and beautiful, Josh Tillman’s second album, as his alter ego Father John Misty, is a lyrically rich and gorgeously orchestrated look at love and all its ironic qualities.

Recommended Tracks: “I Love You, Honeybear,” “Chateau Lobby #4 (in C for Two Virgins” and “Bored In The USA”

Austin’s best stoner metalheads are back with their fifth and most compelling release to date. Here they shed some of the doom from their riffs for a fast and furious record with all the best hallmarks of classic rock.

The ferocity of Riot grrrl punk is alive and well in 2015, with its harbingers Sleater-Kinney bringing the sound forward on the jaw-droppingly melodic and complex “No Cities To Love.”

Recommended Tracks: “No Cities To Love,” “A New Wave” and “Bury Our Friends”

Emo’s favorite band continues their post-hiatus resurgence with a blend of pop and rock that delivers track after track of glittering, radio-ready anthems.