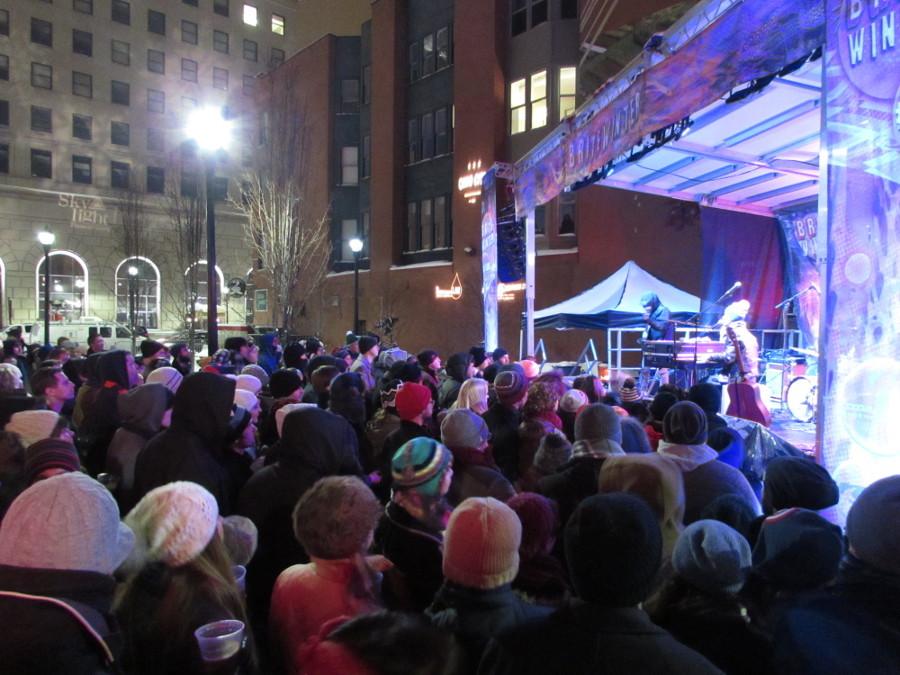 In terms of concerts, Cleveland has become more and more on the map over the years. Bands that once avoided the city are now visiting for sold-out crowds, at venues small and large. Some of those venues have been Case Western Reserve University itself.

Just this past year, the concert scene has grown. Here are the top 10 concerts in Cleveland over the past year:

3. The Dodos (Oct. 14 at Grog Shop)
Sure, they barely played anything off of their heartfelt album “Visiter,” but The Dodos’ show at Grog Shop gave the crowd a taste of their newest tunes just before the band ended its tour. The duo that makes up the Dodos gave a simple, but undeniably powerful concert.

4. Studio-a-Rama (Sept. 12 at CWRU)
WRUW FM 91.1’s annual music festival Studio-a-Rama always deserves a spot on this list. Where else can you get the best of Cleveland’s music scene all together on one small stage? Where else will Clevelanders still flock, despite the intermittent rain, every single year?

5.Walk the Moon/Griswolds (April 3 at House of Blues Cleveland)
If you don’t like crowds, then you didn’t like this show. But, if you were a long-time follower of the Ohio-based band Walk the Moon, you were probably geeking out the entire time. And taking selfies. Lots of selfies.

6. Brite Winter (Feb. 21 at Ohio City)
Little did we know that this would be the last time Brite Winter was held in Ohio City. It’s good that it’s moving to the Flats in the upcoming year, since overwhelming crowds were a little tricky to manage on icy streets. Seeing the growth of this fest is a beautiful thing, especially when it culminates in memories like the Modern Electric singing “David Bowie (Save Us All)” to hundreds of packed-in audience members.

9. RJD2 (Feb. 11 at Tinkham Veale University Center)
The RJD2 concert, co-hosted between University Program Board and WRUW FM 91.1, was a lot of fun, but not wholly what CWRU students expected. While it was meant to be a rave complete with glow stick freebies, the show in actuality ended up being more of a groovy evening.

10. Kodaline (Sept. 30 at House of Blues Cleveland)
Depressing but powerful, the Kodaline show at House of Blues impressed crowd members with singer Steve Garrigan’s ability to play multiple instruments at once. Eventually, despite the sadness, the crowd was dancing and singing along.