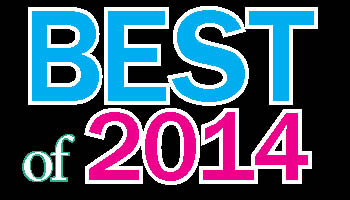 Case Western Reserve hosted OK Go on Sunday, Aug. 24, the day before classes began, and it was the perfect way to celebrate the opening of the Tinkham Veale University Center. This concert provided a chance for the campus to come together both to enjoy a great performance and to usher in the new school year. Not to mention, it was the last bit of stress-free fun before the year officially began.

On Nov. 1, Echosmith and Juicy J took stage at Veale for the Fall Concert. Although there were complications with the original artist, Neon Trees, many students enjoyed the co-headliners. The turnout was lower than the past Fall Concert crowds, but the varying artists drew a diverse and excited audience. Overall, many students had the chance to see two entertaining performers, and the concert proved to be a lively night.

This year’s homecoming parade on Oct. 18 hosted one of the largest turnouts. Students paraded down the campus exhibiting their pride for CWRU and all of its different student organizations and groups.

CWRU alumni Tim Koch and Cassie Dorland returned to Eldred to direct and design “Waiting For Lefty,” a play set in 1935 that centered on a group of cab drivers on strike. The play was inspiring, and although set in the early 1900s, the themes were still relatable for all sorts of audience members.

On Nov. 11, University Program Board hosted a British-themed tea party complete with all sorts of teas and crumpets. Students were momentarily transformed to a fantasy world filled with British culture and goodies. There were entertainment, souvenirs, prizes and a costume contest.