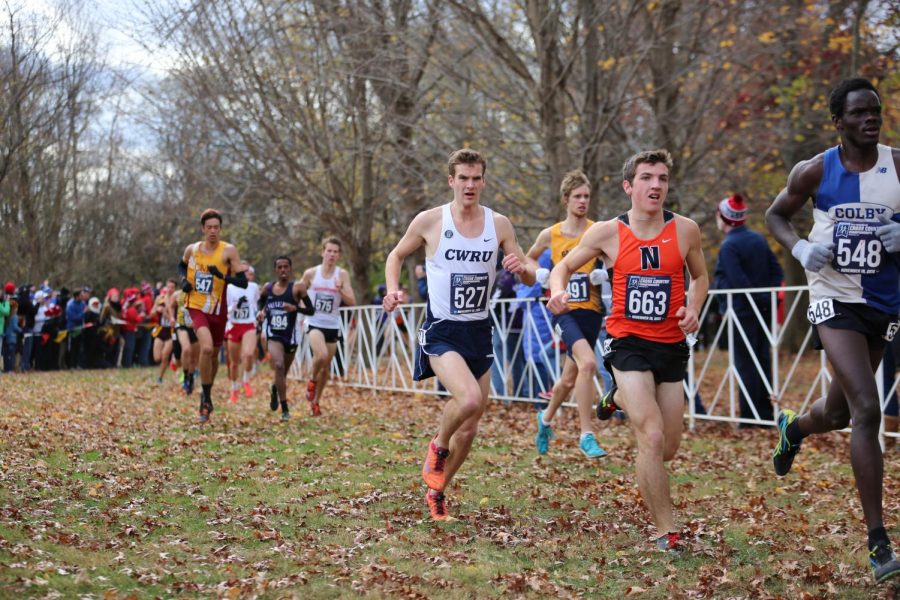 Merriman finished No. 11 overall out of 279 runners, which was a 10 spot improvement over last year’s finish.

Compared to his past experiences in the 8,000 meter national championship race, Merriman ran more conservatively. He started the race behind at least 50 runners and slowly progressed to the top 20 by the beginning of the third kilometer.

Merriman finished with a time of 24:37, which was only 34 seconds behind the first place finisher. This was his third and final appearance in the NCAA championships, and he earned All-America honors for the second consecutive season.

Graduating in the spring, Merriman reflected on how cross country at CWRU improved him as a person.

“[My past] successes really gave me more confidence and motivated me to be consistent… [It helped me develop] a better work ethic.…[the results of] meets can mess with your head, but being consistent is key,” he said.

After taking a break, Merriman will prepare for track season and plans to run road races after graduation. The race concludes CWRU’s 2017 men’s and women’s cross country seasons.