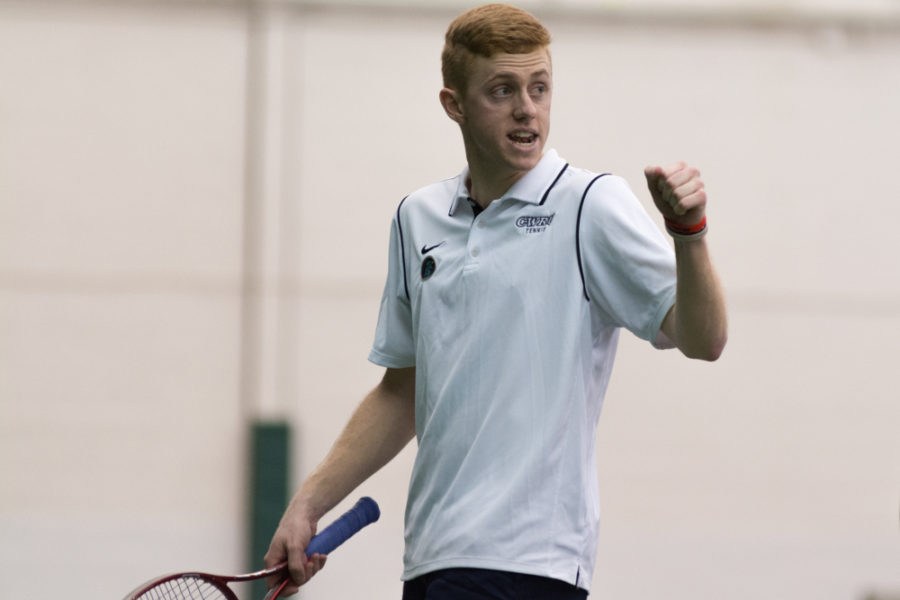 The sixth-ranked Case Western Reserve University men’s tennis team came home to Cleveland to close out the regular season and did so in the most spectacular fashion imaginable. The team was not to be beat as it played against three different schools: the College of Wooster Fighting Scots, the Capital University Crusaders and the John Carroll University Blue Streaks. All three opponents fell nine to nothing against the vicious Spartans this past weekend. It was definitely the way the team wanted to end their season as they look forward to the postseason tournament.

In the first match-up of the weekend, the Spartans went against the Fighting Scots. The Spartans hosted their first outdoor home match of the season and took care of business soundly. Fourth-year students CJ Krimbill and Louis Stuerke did what they have done all season as they proved their dominance against Jack Buchan and Davis Elkins with an eight to one doubles match victory that set the precedent for the weekend as a whole. Scores from the other two doubles matches were just as impressive for CWRU.

In the singles matches, Wooster came out with only a single game win from their Jesse DeWitt against third-year Spartan Kevin Dong, although Dong still pulled through and won the match. CWRU won nine to nothing, a feat that continued the weekend’s winning trend.

With momentum on their side, the Spartans went into Sunday, April 17, with a fierce determination to eliminate both of their competitors that day. Against the Crusaders, Spartan history was made on no day other than Senior Day. Krimbill won his 100th singles match of his collegiate career, making him the first and only member of CWRU’s men’s tennis team to do so to date. The team’s two fourth-year students — Krimbill and Stuerke — came out strong and took their doubles match eight to one again to defeat Capital University’s Dale Booher and Gia DiMichaelangelo. Similarly to the day before, the Spartans won the match nine to nil to improve their record to 17-6.

To finish the weekend and the regular season, the Spartans decided to put their all into their games against John Carroll’s Blue Streaks. Krimbill built upon his record of 100 single match victories to put the number at 101 after dominating his match against Jad Abdul-Aal. The rest of the team followed suit. After a total of 27 matches in the weekend, the Spartans finished their weekend without losing a single one, winning nine to nil against the Blue Streaks just as they had done against the Fighting Scots and the Crusaders.

The regular season is over for the team, and the University Athletic Association championships began in Florida Thursday, April 21. All eyes remain locked on the team as their push forward into the postseason begins.