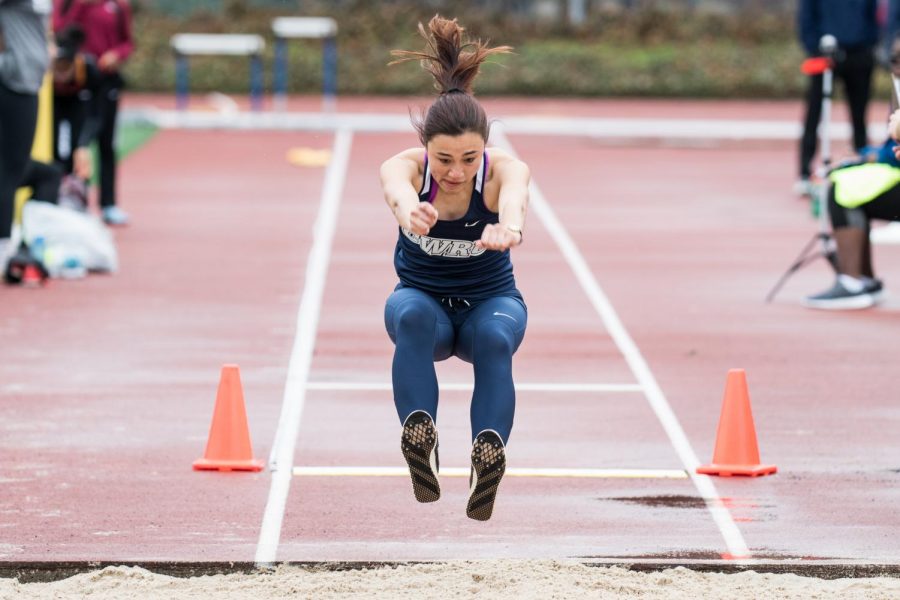 Like the gunshots that start every race, the Spartans went out with a bang at their only home outdoor track meet this season.

Third-year jumper Samantha Kelts placed first in the long jump with a mark of 5.00 meters, while second-year Spartan Cara Giannuzzi earned first place in the 3,000-meter steeplechase with a time of 12:03.32. Graduate student Cassandra Laios claimed first in the discus with a mark of 42.08 meters and in the hammer throw with a throw of 51.85 meters.

For the men, first place finishers include third-year thrower Brian Holden in javelin with a distance of 56.75 meters and second-year teammate Luke Traverso in the pole vault with a mark of 3.85 meters. First-year Juan Perez placed first in the 400-meter dash with a time of 51.23. Perez was also part of the 4×400-meter relay team who claimed first with a time of 3:58.07. The other three members were second-year teammates Corey King and Musa Hakim Jr. and third-year sprinter Darius Inzar.

Third-year sprinter Jonathan Haling had a personal best time of 11.21 in the 100-meter dash and this past week’s Spartan Athlete of the Week, second-year runner Trey Razanauskas, claimed the title for the 1500-meter run with a time of 3:58:07. First-year Spartan Spencer Weigand also placed first with a time of 1:59.11 in the 800-meter run.

The Spartans will conclude their season by heading to Atlanta, Georgia to compete in the UAA Championships hosted by Emory University on Saturday, April 27 and Sunday, April 28.