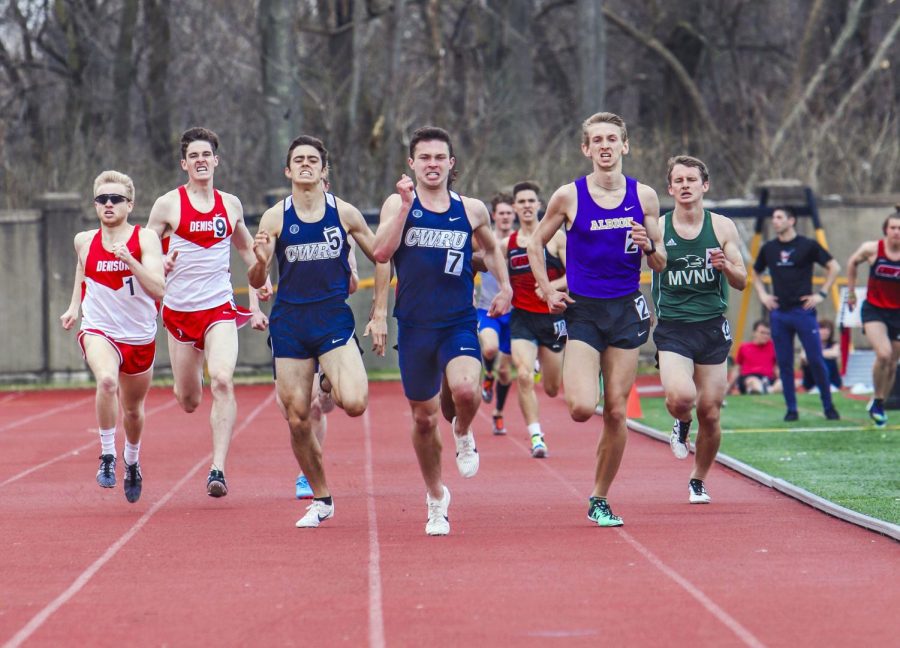 The teamwork of the men’s track and field team earned them first place at the Marv Frye Invitational.

The Case Western Reserve University’s track and field teams again split to compete in two different meets last weekend. The throwers traveled to the Bob Kahn Invitational at Oberlin College, while the rest of the team competed in the Marv Frye Invitational hosted by Ohio Wesleyan University in Delaware, Ohio. The men’s team placed first out of 10 teams, claiming nine top-three finishes, while the women’s team took home sixth.

First place finishers include fourth-year Spartan Ananth Suresh and second-year teammate Jordan Butler. Suresh won the triple jump event with a mark of 13.89 meters, and Butler recorded a mark of 6.73 meters to take home the top spot in long jump. Suresh also finished third in the long jump with a mark of 6.44 meters. Third-year runner Michael Hradesky finished first in the 800-meter race with a time of 1:56.46, followed by first-year teammate Logan Singer with a time of 1:56.65.

Second place finishers for the men’s team include third-year hurdler Mitchell Webb in 110-meter hurdles with a time of 16.17 and third-year Jonathan Haling in the 200-meter dash, who finished the event in 22.47 seconds. The 4×100-meter relay team of third-year sprinter Darius Inzar, second-year teammate Musa Hakim Jr. and first-year Spartans Corey King and Juan Perez finished third with a time of 44.01.

For the women, graduate student Cassandra Laios broke her hammer toss record again, increasing it to 54.52 meters this week. In addition to hammer, Laios also placed first in the shot put with a mark of 13.37 meters, and second in discus with a mark of 40.19 meters. Fourth-year Shannon Carroll placed first in javelin with a throw of 36.04 meters.

Third-year Spartan Dominic Oddo competed in the 2019 Outdoor All-Ohio Combined Event Championships in New Concord, Ohio, where he represented the Spartans well, finishing first in the decathlon. Oddo’s score of 6,097 points resulted from four first-place and two second-place finishes. His first place finishes included long jump with a mark of 6.31 meters, discus with a mark of 28.05 meters, javelin with a throw of 43.38 meters and high jump at 1.85 meters. Oddo placed second in the 100-meter dash with a time of 11.34 and in the pole vault with a mark of 3.74 meters.