Track and field heads to Pittsburgh for UAA Championship 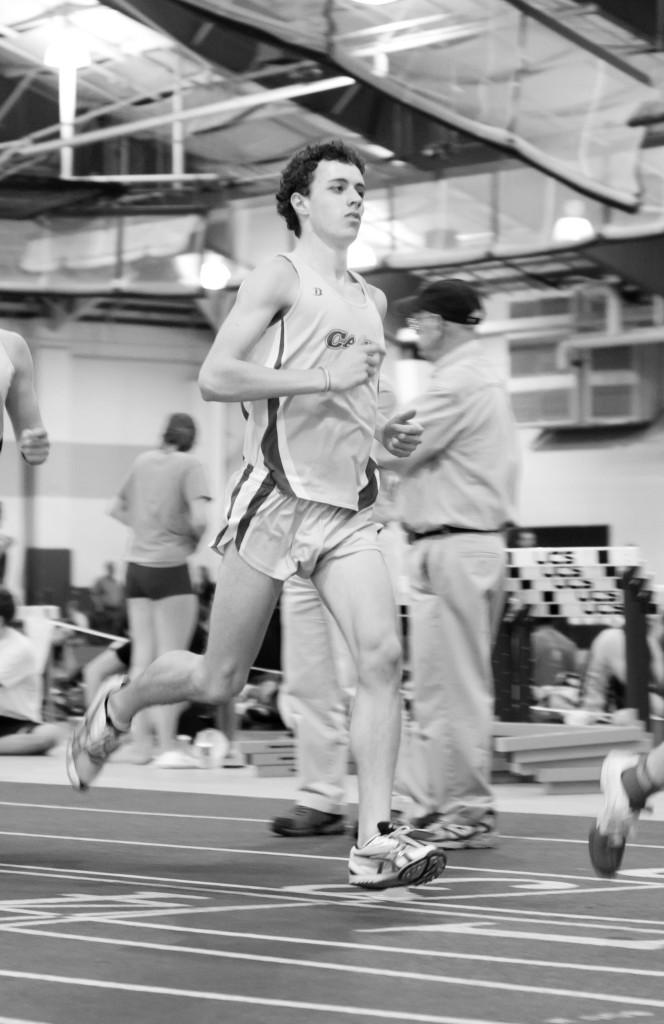 As the school year ends, so comes the anxiety associated with finals. For many spring athletes, that stress is doubled with strain of preparing for sports championships, the most important part of the season of the year for many athletes. It is no different for Case Western Reserve University track and field athletes, who will be competing in the University Athletic Association Outdoor Track and Field Championships, hosted by Carnegie Mellon University in Pittsburgh, Pa.

Leading the Spartans on their march to Pittsburgh is a host of seniors, many of whom are on the shortlist for a chance to continue on to the NCAA Division III Championship.

On the women’s side, senior captains Samantha Friedman and Amanda Kline lead the way. Each turned in dominating individual performances in the contests leading up to this weekend.

The Spartans will be relying in part on the performance of relays such as the 4×400 meter relay, the last and possibly most exciting event of the meet. Friedman, when asked about the relay and its excitement, explained, “the 4x[400] is the last event of the meet and a lot of times the scoring comes down to this one event.” Does she ever wish she could be one of the ones watching? “At times, I wish I could be a spectator, but [really], I wouldn’t trade running in it for [anything],” she said.

Eben Via and Matthew Jurcak have matched their Lady Spartan counterparts, setting an example for underclassmen and future recruits by guiding the men’s team to several top five finishes. They have also consistently placed individually within the top three at meets such as the Emory Classic and the UAA’s Winter Track and Field Championship.

Not only have the Spartans’ seniors been performing well, but several underclassmen have also been competing at an extremely high level. Look no further than freshman pole vaulter Sophia Herzog for an example of young talent.

“Sophia Herzog has been extremely consistent this season,” says fifth year track coach Steve Rubin. “She has set new indoor and outdoor school records.” It’s safe to say that big things are expected during the coming years from this superficially unimposing freshman. Already with records here at Case, she still has the potential to improve according to her teammates.

Another freshman pole vaulter, Mark Kulinski, looks to break out at UAA championships. After starting out the year with a mark of 3.80 meters at the Spartans’ dual meet against Carnegie Mellon, Kulinski’s high mark has only continued to improve, with a personal best at UAA Indoor Championships and then again two months later at the Marv Frye Invitational. Sitting at a best height of 4.41 meters, look for Kulinski to improve even further this weekend.

On the men’s side, pole vaulting might be one the most crucial events for the Spartans. “There are eight guys all within six inches of each other,” says Coach Rubin. “Our guys have all set [personal records] this season and we really want to do some damage there.”

On the women’s side, every event seems equally critical for the Spartans, although throwing could potentially stand out. Behind the strong arm of Kline, the Spartans have dominated the shot put, the discus, and the hammer throw throughout the season.

In addition to Kline’s specialty, the shot put and javelin will be significant components of the Spartans’ arsenal. Juniors Emily Tran and Jenna Pansky both contributed top-eight finishes at the All-Ohio Track and Field Division III Championships. Tran’s season-best throw of 37.95 meters ranks highly in the UAA.

After the championship this weekend, a number of competitors will continue on to California, where the Division III Outdoor Track and Field Championships will be held. Erin Hollinger, Case’s outstanding high jumper, and Jurcak, the nationally ranked hurdler, among others, are expected to challenge for the national title in their respective events.