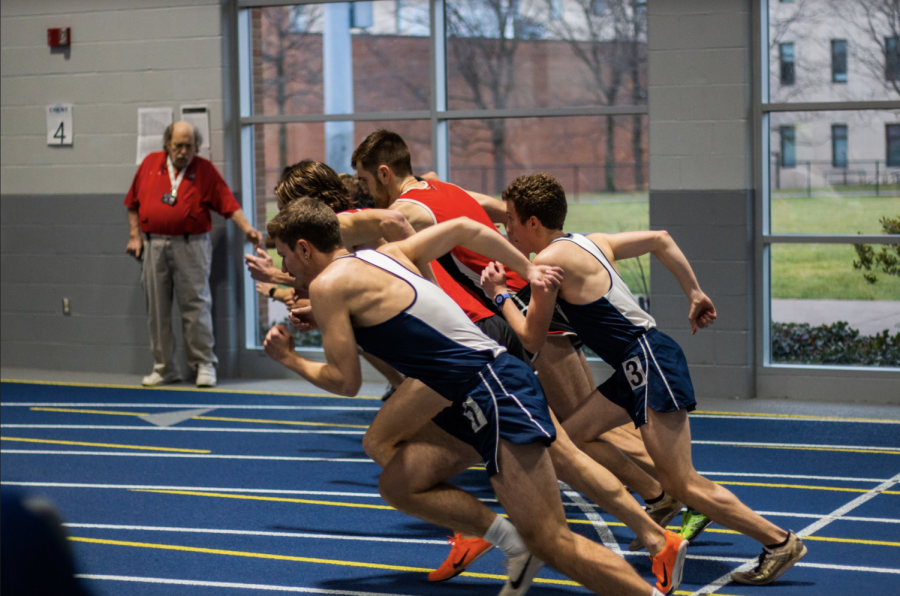 Since the 12th Annual Battle for the Obelisk against Carnegie Mellon University on Jan. 25, the Men’s and Women’s Track and Field teams have come a long way. The tough loss galvanized the Spartans, who have since been hitting the gas nonstop, racing, throwing and jumping their way to new personal records every weekend in preparation for the indoor postseason.

On Feb. 1, the Spartans traveled to Ohio Northern University for the Joe Banks Invitational. There, the Spartans shined, scoring points in nearly every event and took first in several events including the 1000 meter run, where second-year Logan Singer broke the school record with a blazing 2:32.43 seconds. Third-year Taylor Jackson placed first in the women’s shot put, throwing for an impressive 12.04 feet. Fourth-year Jonathan Hailing sprinted to a first place finish in the 500m in a time of 1:06.97. Fourth-year Grant McCarthy won the 3000m in 8:52.12, beating the second place by nearly two whole seconds. Last but certainly not least was fourth-year Samantha Kelts, who jumped 10.66 meters to finish first in the triple jump. Overall, the Spartans proved to others and themselves that they were a threat to be taken seriously.

Not ones to rest on their laurels, the Spartans traveled once again on Feb. 8 to the Bob Shannon Invitational, hosted by Denison University. There, the men’s team placed first out of the 10 teams, and the women second. The Spartans demonstrated their strength and depth, again scoring in nearly every event. On the men’s side, third-year Trey Razanauskas led the team into sweeping both the mile and the 5000 meter race in 4:24.75 and 15:36.17 respectively. Also finishing first was second-year Juan Perez in the 60 meter dash and third-year Jordan Butler in the triple jump. On the women’s side, while there were no first place finishes, the women showed their strength through their depth; having several finishers place in each event. Among those was first-year jumper Mia Vargo, who jumped an impressive 1.60 meters in the high jump. The mark earned her second place in the meet, as well as the female Spartan Club Athlete of the Week.

This weekend the Spartans travel to Baldwin Wallace University on Friday for the Mid-February Meet, and to Otterbein University on Saturday, for the All-Ohio Indoor Championships.