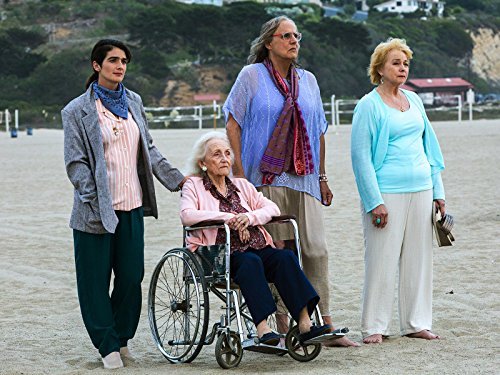 In its second season premiere, “Transparent” features two scenes that inform the course of the entire season. In the first of these scenes, which happens to be the first shot of the season, every Pfefferman, the family at the series’ center, gather together at a wedding to take a family portrait.

During this scene, director and creator Jill Soloway creates a tableau of perfectly orchestrated chaos: a hapless wedding photographer adjusts his stance as the family emphatically barks orders at him and continually calls for characters off-screen to join them in the picture.

Throughout the entire scene, the camera remains stationary, a long shot encompassing characters as they weave in and out of frame. If there’s anything that allows “Transparent” to stand out from the glut of scripted television, it’s the show’s intimacy. Shots linger, almost unrelentingly, creating an atmosphere of spontaneity that’s invasive, brilliant and works perfectly for a show that thrives on its resolve to ignore boundaries.

Maura, the “trans parent” of the family played with outstanding subtlety and sage vulnerability by Jeffrey Tambor, stands almost at the very end of the screen. The character, whose transition was the impetus for most of the action of the first season, no longer stands at the center of the screen. While the show does continue to explore the physical and emotional strain of Maura’s transition, as well as explore a necessary conversation around her financial and racial privilege, the second season tasks itself with further developing the other members of the family.

For example, Amy Landecker, the actress who plays Sarah, the oldest of the Pfefferman children, is saddled throughout most of the first season with playing a bored housewife who reconnects with an ex-girlfriend. It was a story that felt tired and dull, a remarkable blemish for a show as essential and mostly impeccable as “Transparent” was in its first season. With the show’s focus shifting away from Maura, Landecker is given the opportunity to play Sarah to her fullest potential in a story that feels fresh, surprising and reinvigorated.

The second scene occurs about halfway through the premiere. As the camera travels to the middle of the dance floor during the wedding reception, the show suddenly flashes back to Berlin in the 1930s. During this scene, the audience is introduced to Gittel, played by Hari Nef, a trans woman and ancestor to the Pfeffermans.

For a show as successful as “Transparent” was in its first season, the decision to widen its scope so widely is a risky one. It’s one that threatens to throw off several of the show’s unique characteristics that it had so skillfully established: tone, intimacy, delicate character work.

Instead, the scene flawlessly expands the show’s world. Being trans is not something that’s relegated to affluent white families living in Southern California. “Transparent” not only acknowledges this fact, it presents a rich documentation of history, both to the characters that populate this world and the queer experience they represent. While the two timelines don’t intersect much outside of brief references across decades, they do finally collide in a standout episode, the surreal and affecting “Man on the Land.”

In fact, it’s easy to call this one of the queerest shows on television. All but one of the show’s series regulars plays a character that falls somewhere along the LGBTQ spectrum. This can be read as the show’s contribution to American culture’s current move toward greater inclusivity, normalization and representation. Beside that, it’s a confirmation of something “Transparent” was able to prove in its first season: it’s a show that knows how to depict the fluidity of gender and sexuality, and does this with tact and creativity. It’s a show that’s willing to experiment with ideas and voice, and because of this, it’s one of television’s most essential shows.