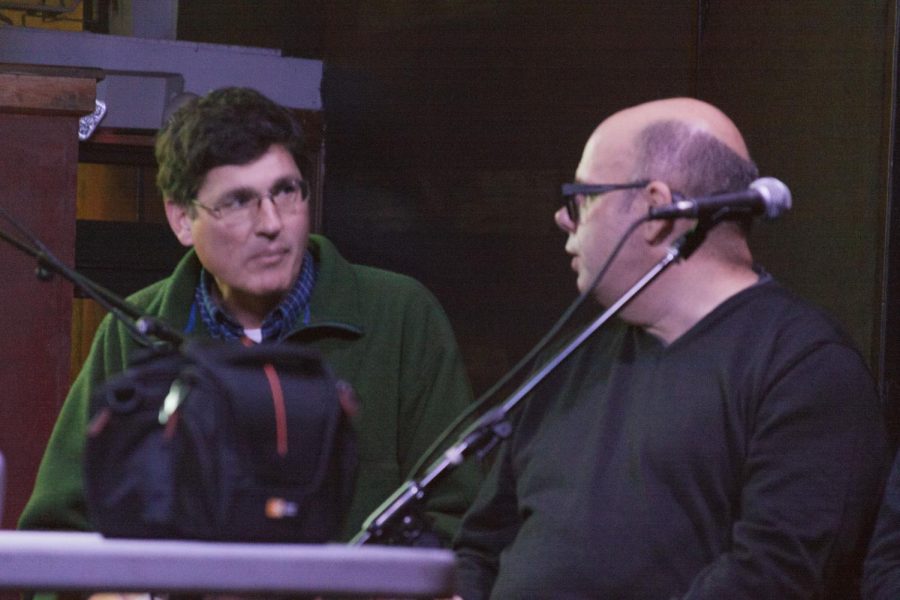 During Trumponomics 3.0 held at the Happy Dog, panelists discussed how the policies of the Trump Administration affected the economy in five areas.

Our current president confuses a lot of people.

Experts on the news struggle to explain various policies which can elicit explanation-less feelings in regards to the questions the general public may have. In an attempt to explain national policies under the Trump Administration, the Weatherhead Economics Society’s Trumponomics 3.0 took on Happy Dog on Nov. 5 at 7 p.m. and tried to resolve various long asked questions.

Sniderman portrayed a grim reality of the president’s financial policy. Sniderman holds that tax cuts could help boost the U.S. economy in the short run, but will not lead to long term benefits and could increase the budget deficit tremendously. He projects that the national debt will equal the country’s Gross Domestic Product (GDP) by the year 2026.

“[President Donald] Trump made a big deal about reducing debt,” he said, “but Trump’s economic plan makes it larger and puts us at a disadvantage if we want to make any headway on reducing our trade imbalance.”

Meanwhile, Schroeder focused on U.S. trade, specifically with China. He mentioned Chinese retaliation against tariffs, which he said hurts American businesses that trade with China. He analyzed this in the scope of soybean farming.

According to Schroeder, China’s soybean market has dropped 90 percent; a point where soybeans in America are piling up and essentially rotting outside silos. He mentioned one soybean farmer specifically who lost $250,000 as a result of Chinese retaliation.

“History does not look kindly on America in this trade war,” said Schroeder.

Votruba spent the first half of his talk giving a basic explanation of different aspects of the Affordable Care Act and what did and didn’t work. He also mentioned having the privilege to speak to one of the authors of the act … in a public restroom.

As one of the few people excited to see Trump’s healthcare plan, which Votruba hoped would “give everyone beautiful coverage,” he now admits he was wrong in this prediction.

Clingingsmith touched on the Trump Administration’s relationship with immigration and called claims that “immigrants steal jobs and commit crimes” lies. He said that Trump is using immigrants as scapegoats to win over those who have been economically left behind.

He went on to suggest that immigrants often do not replace jobs but rather take on vacant positions or those which are complementary to jobs they are already familiar with. Clingingsmith said that one of the few areas were immigrants do increase competition lies in the American population lacking a high school diploma.

Deficit and tax cuts were brought up in Shoag’s portion of the panel. On tax reform, he believes that the system is no more equal, but it is much simpler. He also explained that while America still has one of the highest corporate tax rates, it also has many loopholes, so effectively no one is paying complete taxes. One of his concerns is the unprecedented increase in national deficit during such an economic boom.

Shoag ended his talk encouragingly, stating that our current economic situation is one of the best times to graduate college and enter the job market.