Trying to move on without missing a beat 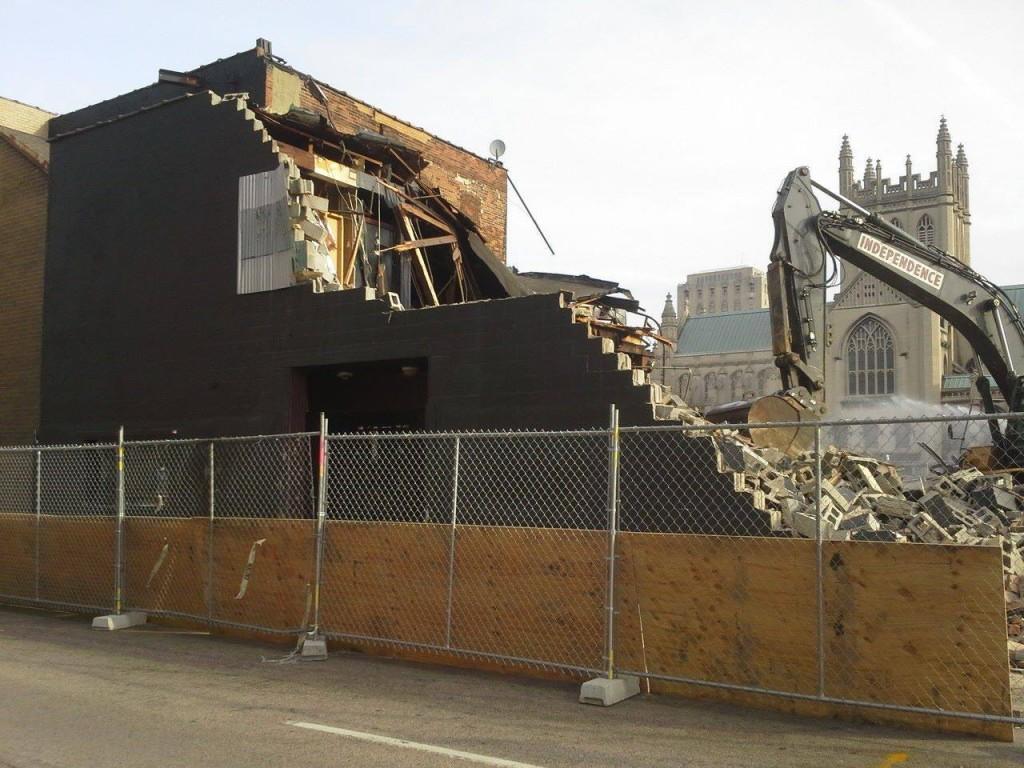 Peabody’s Concert Club was demolished in October by Cleveland State University to make room for a new health sciences facility. The concert club is currently partnering with the Agora Theatre to remain open.

It’s easy to see why Chris Zitterbart, owner of Peabody’s concert club, does what he does. Energetic and eloquent on the phone, he jumps smoothly from one topic to another, speaking about everything from the club’s new location at the Agora, to the plans he has for the future, to the nature of the music industry.

“The music business is like most business,” he says. “Relationships are gonna be a big part of it.”

Clearly, Zitterbart has that part of the job down. He’s owned Peabody’s for nine years now, ever since he jumped at the chance to buy the club back in 2005. Back then, he didn’t really know anything about how to run a business.

“I learned by doing,” he says. “Those first four years were kind of like my grad school.”

It’s a good thing that Zitterbart is a veteran of the music industry by now, because his first big challenge as owner came last year in October, when he was forced to shut down Peabody’s East 21st Street location. Having leased land from Cleveland State University for 13 years, Peabody’s was compelled to move out to make room for a new health sciences facility on campus, the Center for Innovation and Health Professions. Expected to be completed in 2016, the new building seems to be providing new academic opportunities to students even as it pushes away local business.

But Zitterbart doesn’t seem as frustrated by the move so much as by the timing. When asked about the change, it’s clear he’s looking on the bright side, anticipating the new opportunities available to the club due to its recent partnership with the Agora Theatre and Ballroom. When asked about last October, however, Zitterbart revealed some annoyance.

“The move was crazy,” Zitterbart said. “Basically we had to be out by Oct. 31. We had two days to get out of Peabody’s and get re-established at the Agora.”

October is one of the busiest months of year for Peabody’s, a time that is normally used for planning summer events and festivals and booking bands for the new year. In 2013, the club hosted the 1st annual Ohio MetalFest at the Agora—definitely not something they could have done at Peabody’s, but not an entirely successful event either. They didn’t have enough time to advertise, Zitterbart said. The goal was to fill up the 600 seat ballroom.

Still, Zitterbart remains hopeful. He’s excited about the new facilities available to artists—the parking lot nearby, the showers, laundry service. “We’re gonna rebuild the Agora Ballroom in January,” he said. “It’s gonna be a lot bigger, more open. The Theatre’s a completely different ballgame. The space itself turns 100 years old in a few months. It has a lot of history, a lot of legacy that I take very seriously.”

In addition, the parking lot of the Agora is more than just a convenient space for bigger audiences. It also has the possibility of becoming an outdoor space for performance, according to Zitterbart. “We want to plan a few more music festivals over the summer,” Zitterbart said. “Eventually we want to be able to host outdoor concerts.”

Moving locations isn’t a new undertaking for Peabody’s. Ever since the club opened in 1982, it’s been changing locations, changing venues and even changing its name—but never losing its charmed atmosphere. Open to men and women of all ages, Peabody’s has always had a reputation as a local treasure, a hole-in-the-wall kind of place with good music and good people. For years Peabody’s acted as an early host to rising stars in the rock music world, booking performances by bands such as Pearl Jam, the Red Hot Chili Peppers and Jane’s Addiction. Even before it was “Peabody’s” it was hosting rock legends.

The music won’t change with the move to the Agora, and neither should the people. Even at 5000 Euclid Avenue, Peabody’s will still be host to some great concerts. But if you ask Zitterbart, there’s something important to be said for the change. “There’s just something about that room,” he said. “It was just crazy and crowded, it had a certain vibe to it. I don’t know if I’ll ever be part of something like that again.”