Tuition increases to be announced at Provost forum 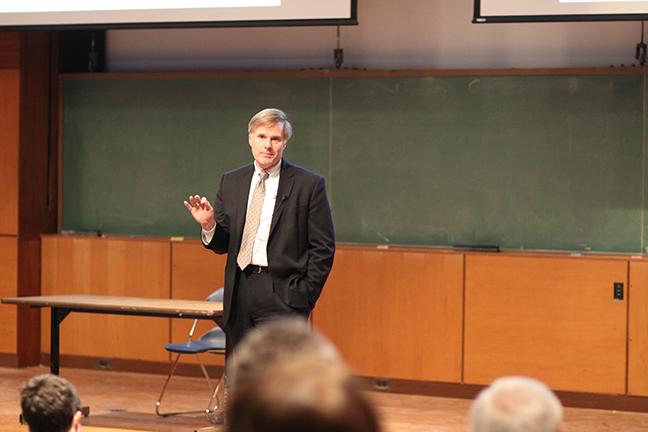 This week, he said that tuition and room and board fees are set to increase next year, but would not provide specific figures. His lips are sealed.

Baeslack said that he’s not sharing details – yet. He wants students to get the information at his forum on Friday, March 7. There he’ll discuss proposed tuition rates and room and board fees for undergraduate students during the 2014-2015 academic year. He’s hoping community members will fill Strosacker Auditorium at 12:45 p.m. to hear him, along with his leadership team, discuss a myriad of topics. Last year, many seats remained empty. However, the Provost’s office increased advertising efforts this year.

After Baeslack’s presentation, audience members will have time to ask questions.

He emphasized the importance of students engaging in the forum.

“It gets information out about tuition costs,” Baeslack said. “We are very focused on keeping them low. But also [the meeting] is more of a university update than just a tuition forum”.

The one thing Baeslack did divulge was that the tuition rises are being driven by spikes in typical expenses, like compensation expenses.

“We have to be able to provide attractive salaries,” he noted.

He also says that operating costs are set to increase in the coming years with the addition of several new buildings, including the Tinkham Veale University Center.

While donors paid for capital investment in such structures, maintenance costs will come from student funds. Baeslack says that university officials are estimating such expenditures might set CWRU back $1.8 million annually.

However, Baeslack is proud that, unlike many other universities, he says, there will not be an external fee for the new university center, as CWRU officials worked such costs into the tuition hike.