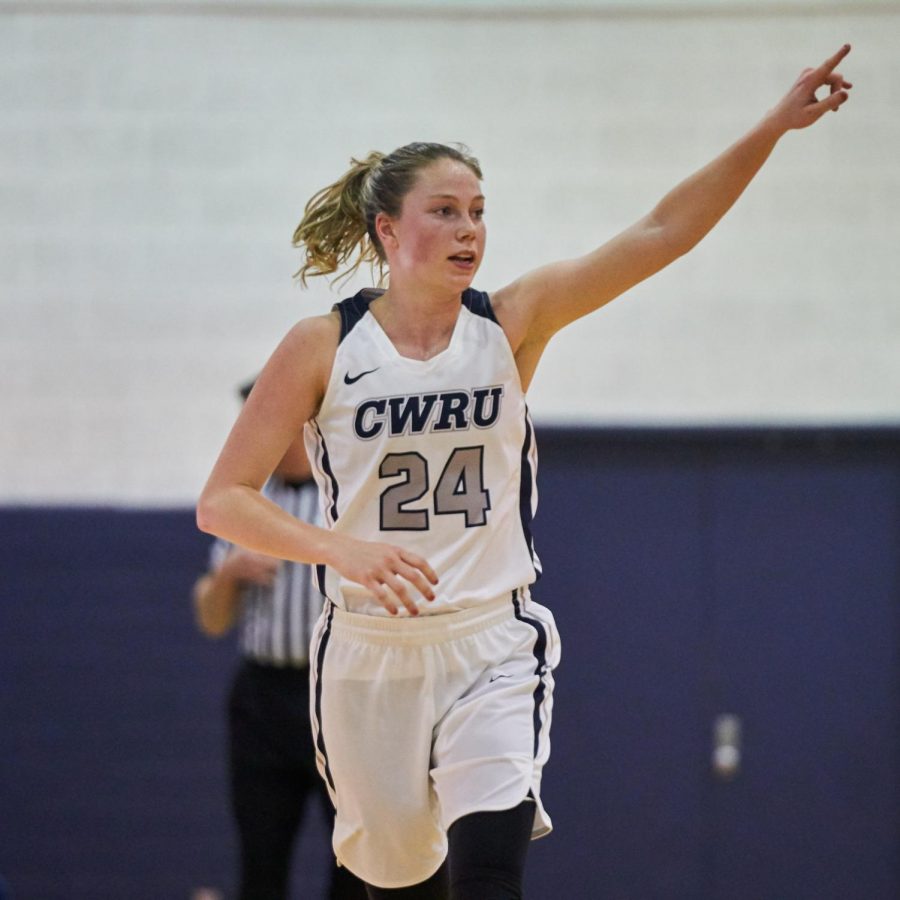 The Case Western Reserve University women’s basketball team played their final game of the season on Saturday, Feb. 23, topping Carnegie Mellon University (CMU) 69-52. The game also served as the team’s Senior Day, where graduating students were recognized for their contributions to the team. Student assistant coaches Alexis Amburgey and Darby Kreienberg were honored as well. Both students played three seasons on the basketball team before their roles as student assistant coaches this season.

Both graduate student forward Kara Hageman and fourth-year forward Hillary Hellmann played well in their final game as Spartans, ending their collegiate careers on a high note. Hageman notched 22 points and 16 rebounds, shooting 3-for-3 from the three point line, and Hellmann recorded 15 points and 15 rebounds. Both players set career highs in rebounds in their final game.

To start the game, the Spartans steadily set up their offense in the first, utilizing good ball movement to find second-year forward Emma Cain for a jumper and third-year guard Alicia Marie Gonzales for the three to take an early lead, which the Spartans held for the entire game. CMU struggled with their shots as a team, shooting 32 percent from the field, with their starters combining to shoot 5-for-29 from the field. The cold streak allowed the Spartans to play more zone defense and protect the paint more effectively.

“Going into the game we knew that they shot 29 percent from three … [we] protect the paint more, play the drive, [our zone defense] is better than it has been over the years,” Hageman said.

After a 30 second timeout in the middle of the third, the CMU Tartans started to heat up and made three threes and a layup to cut the lead to two. Cain responded with her first career three to end the quarter. In the fourth, the Spartans extended their lead with a barrage of threes from Hageman, Hellmann and first-year guard Abbey Lawrence.

Hageman recounts the moment when Cain made the three saying, “[the shot] was so hyped, … we knew we were definitely going to win.”

Another moment that stood out to Hageman was when she checked out for the last time. “Everybody [on the bench] stood up to give hugs … all my family members flew in to surprise me [and watch the game]. ”

Following her performance in the game, Hageman was selected to the D3hoops.com Team of the Week for the second time in her career. Hageman is the first Spartan in program history to be a repeat winner of the award. This is only the fourth time a Spartan has been named to the weekly honor.

On finishing her career with Hellmann, Hageman said, “I love her to death … [the] season was very fun, [we often] picked each other up [when the other was off].”

The Spartans finished the season with a 15-10 record. The team’s record for University Athletic Association (UAA) games was 7-7, placing the Spartans fourth in UAA standings. This season marked the fifth time the team has won 15 or more games in a campaign in program history. The last time the team achieved this was during the 2012-13 season.

Hageman leaves with her final piece of advice for the team: “Enjoy the moment, every play, game … don’t take everything for granted.”