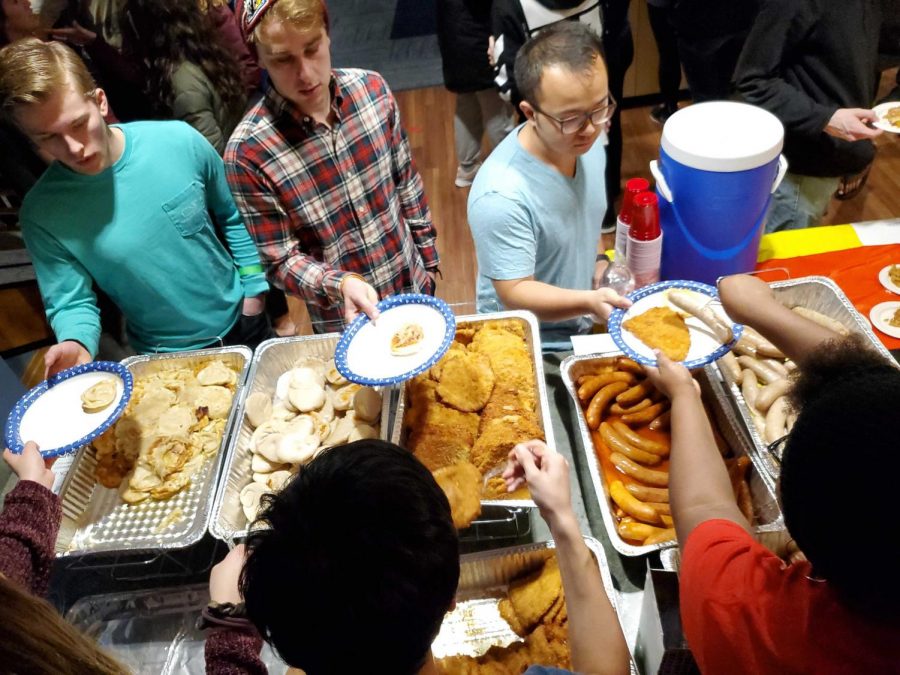 Oktoberfest, an annual beer festival held in Munich, Germany, is the largest festival celebrating beer in the world. The 16- to 18-day festival brings more than six million people to Munich for parades, food, music and of course, beer.

In Cleveland, a city that Cleveland SCENE called “a town built on beer,” it’s no surprise that numerous local breweries have introduced their own version, giving Clevelanders yet another excuse to drink.

Residence Hall Association’s (RHA) Upperclass Community Council (UCC) put its own twist on the popular event by hosting its annual UCCtoberfest last Saturday, Nov. 9, an event that goes back more than half a dozen years.

Although Oktoberfest is traditionally held in late September or early October, UCCtoberfest was held last week, and around this time last year as well, because of all the planning that goes into it.

“We require every council to have a first event that introduces them to the community, and typically this takes place in late September or early October,” third-year student and Executive President of RHA Doug Spizarny said. “After planning that event, UCC moved into planning UCCtoberfest. Since a lot of planning goes into it, including a large order of supplies and food, it makes it difficult to have a quick turnaround on the event.”

Lured by the offer of a stein glass from each of the first 100 attendees, a line snaked across the house, even before 7:30 p.m.

In all, more than 200 students attended the event, a slight increase from the expected turnout of 175 people.

The stein glasses were a huge hit and UCC ran out of them about an hour into the event. For attendees who came in after the initial rush and missed the giveaway, UCC provided schnitzel, bratwurst, pierogies, beer (for those of age), cider, and apple and pumpkin pie, with some of it catered from Das Schnitzel Haus and Hofbräuhaus.

The event did not come without issues, however. A few restaurants canceled orders, so council members had to choose food on the day of. “Also when people showed up to pick up food, the caterers were sometimes unready, which delayed the pickup a lot,” Spizarny said.

Still, the event proved to be a great educational experience for many students, as well as a social event. UCCtoberfest took place in the Village at 115th’s House 4 Great Room, a central location in the Village.