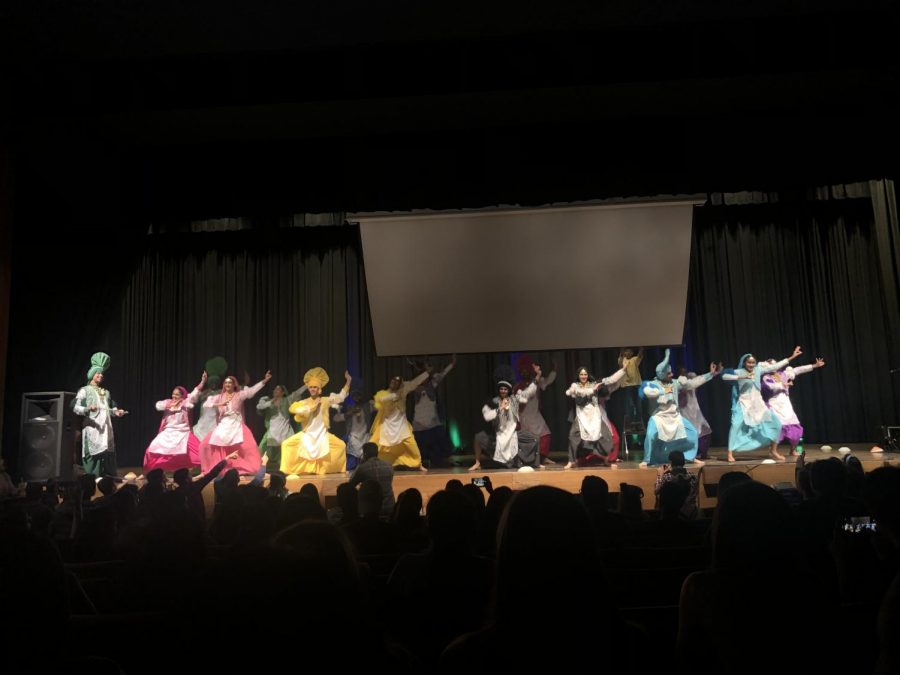 After a semester jam packed with events, from a Navratri Garba to an Education Week fundraiser to a “Diwali” dinner, the Undergraduate Indian Students Association (uISA) capped off the year with their bombastic Andaaz event.

Held in the Cleveland Museum of Natural History on Nov. 23 from 7 to 10 p.m., Andaaz showcased the talent and diversity of the students of Indian origin on campus. Only a short walk from the North Residential Village or the Tinkham Veale University Center, hundreds of students packed into an auditorium in the museum to watch their fellow classmates and friends display their dancing or musical skills.

Several of Case Western Reserve University’s finest Indian cultural groups exhibited their repertoire, with dance groups of various styles performing. In a display of the true cultural diversity of the subcontinent, each group brought their own flavor.

Nritya showed off classical and iconic Indian dances, Case CobRAAS performed Raas-Garba dances from Gujarat, as seen in the Navratri Garba event uISA previously held, Spartan Bhangra demonstrated the energetic and famous dance style and Case Kismat wowed all with their fusion of various dance forms from across time periods.

Also present was a South Indian dance performance, exposing students to aspects of Indian culture that are not always properly represented, even in Indian media like Bollywood movies.

Case CobRAAS member and first-year student Raveena Ravi commented, “Although Andaaz performances were dulled by the technical difficulties, the spirit of the audience and performers kept the mood positive and cheerful. The Case CobRAAS team had a lot of fun preparing for the performance and sharing it with such a supportive crowd.”

More fun, perhaps, were the class dances performed by members of the first-year, second-year, third-year and fourth-year classes, respectively. Many dancers in these groups were not part of any of the more competitive groups previously mentioned, so the event allowed them to participate in Indian dance in a more relaxed atmosphere. As a result, the dances may not have been as complex, visually impressive or organized, but were as full of spirit and energy as the best of the dance performances that night.

Also present was the university’s famous a capella group, Dhamakapella, which performed their Bollywood fusion melodies, with combinations like “Chand Sifarish” from the movie “Fanaa” with “Treasure” by Bruno Mars.

Though the event was plagued by technical difficulties throughout that prevented some fun elements like group introduction videos from being shown, the event, overall, succeeded in giving students a place to see their friends perform and to appreciate the varied cultures throughout India.

“I thoroughly enjoyed all the performances and emceeing,” frequent uISA event attendee and first-year student Surbhi Nandikolmath said. “Though the projector did cause problems, I think the uISA handled it well, and it was still a fun event to go to.”

Afterwards, students left the museum and went to the Jolly Scholar for a Bollywood-themed dance afterparty. Running until 2 a.m., all students were allowed to show off their own dance moves to the tunes of the Indian film industry in an event organized by Naach di Cleveland, a student organization that organizes Cleveland’s annual Bhangra and Indian fusion competition.

Bollywood movies are known for their elaborate dance sequences and songs sprinkled in throughout, with music from those movies forming much of the Hindi music industry itself. As a result, music from across the decades were played, from 1978’s “Khaike Paan Banaraswala” from the classic “Don” to 2015’s “Gallan Goodiyaan” from the more modern film “Dil Dhadakne Do.” Sprinkled throughout were some English hits, allowing students, Indian and non-Indian alike, to bop to the intercultural hits.

With the semester coming to a close, uISA’s finale to their near constant stream of events, overall, proved their ability to provide a fun, educational and entertaining event in the biggest cultural show on campus. With events like Holi coming up next semester, we can only hope they keep up the quality.