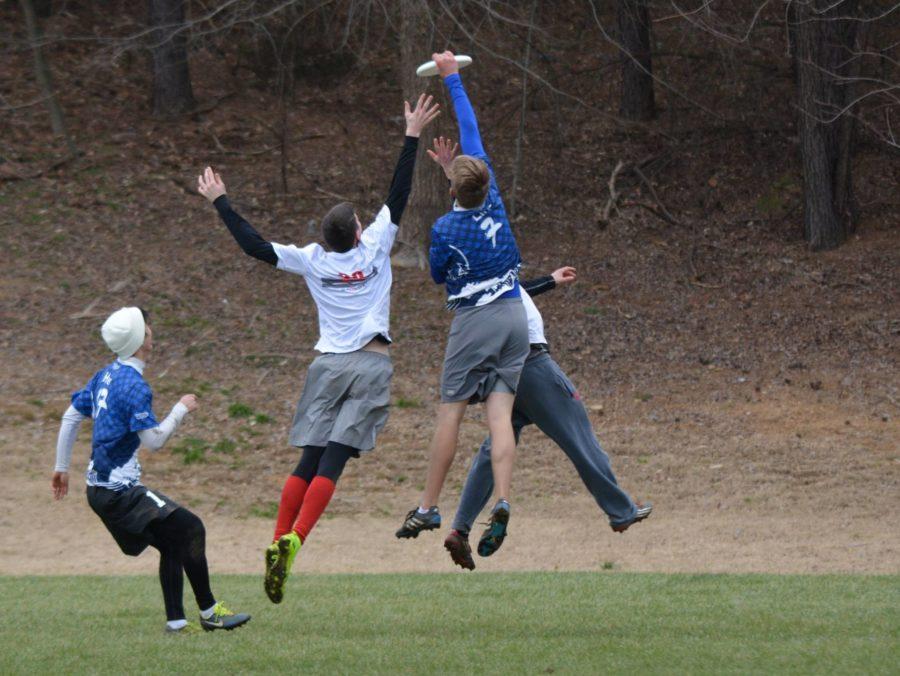 Looking out on the quad this time of year, you will probably see a group of students relaxing by throwing a Frisbee around. More likely than not, they are part of the Fighting Gobies, Case Western Reserve University’s Ultimate team, and you are seeing them at their least competitive.

In the championship match against Ohio University (OU), the Gobies prevailed in thrilling fashion, winning 15-14 on a universal point caught by second-year Michael Kasper. Neither team led by more than three points, and the game was tied at 11, 13 and 14 points.

Fourth-year and team captain Matt Tedesco says both the win  in the championship and the win in the semifinal match against Ohio State University (OSU) were huge confidence boosters for the team. “The fact that we were able to focus in big games against teams that we’ve historically have trouble beating,” he said. According to him, this is big for the mindset of the team.

The 2015-16 season has been a banner year for the Gobies due to a change in mentality, according to Tedesco. “The overall mentality of our team was much more competitive,” he said, citing the fact that groups of individuals meet outside of their regularly scheduled six hours per week of practice time. This year, the team also has traveled the most miles they ever have, going to two tournaments in South Carolina and one each in North Carolina and Missouri.

In the past, the team was not treated with a lot of respect nationally. “The big teams don’t look at Case as a threat,” said graduate student Milo Korman. This disrespect created a chip on the team’s shoulder this year that drove their competitiveness, but after beating the powerhouse teams in the region, the Gobies have a target on their backs.

Another reason for the team’s success this season is the addition of Head Coach Daniel Young, a doctoral student in biomedical engineering. According to Tedesco, an “instrumental part” of the team’s success was “having those extra pairs of eyes on the sideline and the analysis that follows it.”

Finally, Tedesco attributes new players as the final piece that unlocked the Gobies’ success. Graduate students Korman and Joseph Marmerstein, both new to CWRU this year, as well as an influx of first-year talent, have been integral part of the team’s success.

The win was a historic one for the Gobies, but the team is looking to make more history. “The ultimate goal would be to go to Nationals,” said Tedesco, something the team has never accomplished in its 20-year history. There is still more work to be done to get there, though. Going into regionals, the squad needs to improve on their defensive sets, said Tedesco. This is a weakness against strong opponents like OU and OSU, the exact same opponents they will face next weekend.

Not to be outdone, the women’s team is at the end of a long rebuilding process. It lost no graduates coming into this year, and with its core group of women, the team expected to be competitive in the upcoming regional tournament. “We have a really strong team dynamic,” said Team Captain Sophia Knowles. “We have lots of people who have played together for a while.”

Before the rebuild started, the women’s team was one game away from making Nationals—a feat the men have not yet accomplished—and have a goal of reaching that game again this year.

The Ohio Valley Regional Tournament takes place next weekend for both the men’s and the women’s team, with the men playing in Columbus, Ohio and the women in West Chester, Pa. To follow the action, follow the teams on Twitter, as both feeds provide detailed play-by-play for every match.