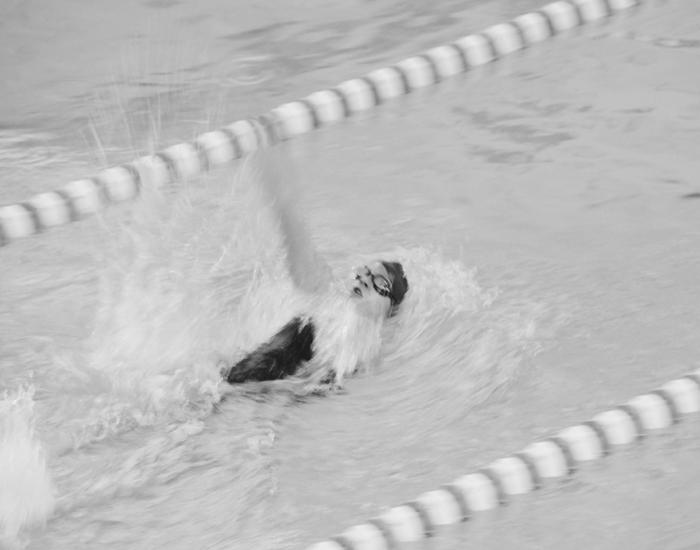 The University Athletic Association has long been touted by its athletes and coaches as one of the top conferences in just about every sport in which it competes. Some may disagree, but when the UAA swimming and diving championship comes to Cleveland and the Veale Natatorium Feb. 15-18, it will be an unprecedented gathering of one of the strongest conferences in NCAA history. In the Feb. 1 College Swimming Coaches Association of American Division III swimming poll, the men’s side had all seven teams in the top 25 while the women had six.

Even in the world of major Division I sports like men’s basketball or football, a single conference’s domination is rarely heard of. In the latest AP poll, the Big 10 conference had five of their 11 teams in the top 25. However, while Ohio State and Michigan were No. 3 and No. 12, Wisconsin, Michigan, and Indiana were three of the final four spots. Even with five teams in the top 25, the Big 10 is hardly as prevalent as the Big East and ACC each have four teams while the Big 12 and SEC each have three.

“Top to bottom, I am not sure there is a deeper swimming conference in D-III, and frankly I am hard-pressed to think of another conference in any division in any sport that has the same parity,” said second-year Case head coach Doug Milliken. “If there was a dual meet challenge like the Big Ten-ACC Challenge in [basketball], the UAA would win every year.”

While the North Coast Athletic Conference has long held sway nationally with Kenyon College (men’s No. 1, women’s No.3) and Denison University (No. 2, No. 2), the only other NCAC member in the top 25 is DePauw University in the men’s rankings at No. 10.

To understand the inner workings of the UAA’s swimming and diving teams, you first have to look closer at the swimmers and divers that make up the seven teams. Contrasting other Case sports – like football, soccer, volleyball, and baseball – which often feature rosters full of homegrown student athletes from the greater Cleveland area, the swimming and diving team is a conglomeration of students nationwide.

It’s not even that Cleveland swimmers want to get out of town; in fact, 12 of the men’s and 9 of the women’s swimmers at Division I Cleveland State University are from Northeast Ohio. Instead, the height of competition and the education that a UAA school provides have led to an emigration of swimmers to Cleveland. And it’s not that swimmers are flocking to just Cleveland; instead, other UAA swimming programs have become gradually more and more diverse geographically.

This year’s senior class at Case joined a team that had 11 men and 8 women from Ohio in 2008. Since then the squad has seen swimmers join from as far away as Texas, Florida, California, and Colorado.

For most of the Spartan swimmers, at least one other UAA school popped up on their radar and was in serious contention for their undergraduate career, even if they didn’t realize it. “Before I went to Case, I didn’t even know that Carnegie Mellon, Case, and Washington were all in the same conference,” said sophomore Nick Clyde, “but they were all three of the schools in my top four that I was looking at.”

The overlap comes not only from the conference’s athletic prowess, according to Milliken, but also from each school’s interconnected allure for students. “Recruiting overlaps between UAA schools a ton,” said Milliken. “Here especially we’re looking at kids who are also interested in Carnegie [Mellon], Rochester, Wash. U… Those are probably the big ones. Not really with Chicago or Brandeis and very little with Emory and rarely with NYU. When I was at Chicago it was more with Wash. U. and Emory but less with Case.”

Even for the swimmers coming into their freshman year, it’s apparent that the other teams and their coaches knew they were competing against each other not only in the pool but in the recruiting circuit as well.

“I definitely knew how competitive it was because I was looking at six of the schools and every coach wasn’t afraid to tell me who their rivals were,” said Kathryn Madalena, a sophomore from Rockville Center, New York on Long Island. “I got to see each team and each coach and get a feel for their programs and how I would fit in. It definitely makes beating any other UAA team sweeter because I know that I picked Case for a reason and I’m proud of it. Since swimming for Case I’ve definitely learned which teams we want to watch out for and which teams are kind of out of our reach, for now.”

Emory, which has been the pinnacle of the UAA in recent history, has just six swimmers from Georgia on its rosters, three on each side. Carnegie Mellon, which has three men and five women from Pennsylvania and Washington, is the most diverse, with just one student-athlete from Missouri on each side.

Even schools in large cities like Chicago and New York don’t necessarily draw from nearby suburbs, but attract student-athletes from around the country. Chicago has seven men and women from across the state of Illinois, while New York has seven athletes on both sides hailing from the tri-state area.

“I thought that recruiting here would be more regionally based, pulling more from Ohio, Pennsylvania, Michigan, and upstate New York and occasionally the East Coast,” said Milliken, who was an assistant coach at Chicago before taking the job in Cleveland. “But really, it’s been so nationalized and that’s been pretty similar to the way it was at Chicago. In Chicago that recruiting pool was so much bigger, but that being said a lot of the kids from the Chicago area wanted to leave the area so that was always the first battle in recruiting. I feel like in Chicago everyone wanted to get out, at least for those four years of college before they came back, but I don’t think that’s the case in Cleveland.”

The increased reach of recruiting has not only improved the diversity of each program but has raised the level of competition in the UAA.

“Coming to Case, I knew the UAA was one of the fastest Division III conferences in the country,” said Sara Tillie, a sophomore from outside of Baltimore, Mary. “Since my one and a half years here, I would say it has only gotten faster. It is still a fairly deep conference and once you think one team is out, all of a sudden they have really fast freshmen and are right back in the fight.”

Tensions will be high this weekend in what is forecast to be one of the most competitive meets in conference history.

“The level of competition in the UAA is about as tough as you’re going to find. Emory is a step ahead, but if you look past that it’s wide open,” said Milliken. “You can have the meet of your life and finish either second or sixth, it’s all so close. You can look at other conferences with faster teams at the top, but none come close to us without overall depth. But we’re always thinking are we training hard enough, are we working hard enough to stay competitive at such a high level. I’m happy that we’re in the conference that we’re in because if we want to be one of the best teams in the country we’ve got to swim with the best.”