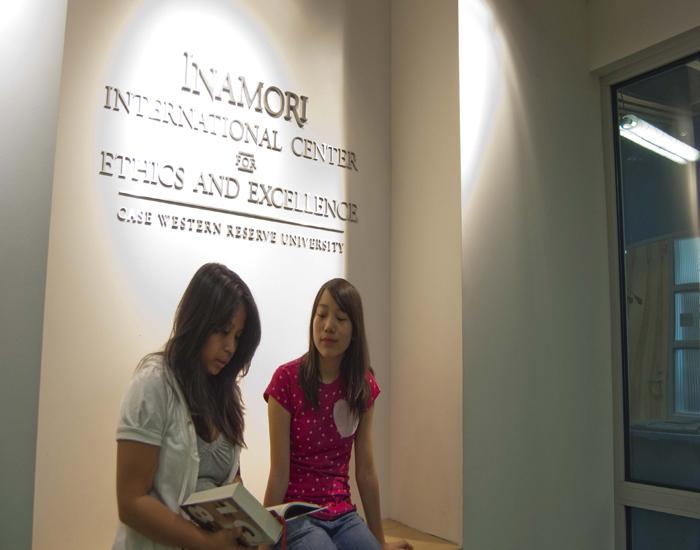 The Inamori International Center for Ethics and Excellence recently announced David Suzuki as the winner of the annual Inamori Ethics Prize, an international award that has been steadily gaining worldwide notoriety since its first recipient in 2008. At 70 years old, Suzuki was chosen for his lifelong commitment to environmental activism, climate justice, and peaceful dialogue between cultures and generations on environmental issues.

Suzuki is known worldwide for his radio and television shows, documentaries, and publications. He is an acclaimed host, director, and producer of over two dozen series and documentaries focusing on sustainability, and the author of over 50 books, including children’s books that aim to get future generations thinking about sustainability at a young age.

Suzuki has continued to host CBC’s “The Nature of Things” since 1979, and his most recent film, “Force of Nature,” won the People’s Choice Documentary Award at the 2010 Toronto International Film Festival. In 1990 he co-founded the David Suzuki Foundation, whose main missions are transforming the economy, protecting the climate, reconnecting with nature, and building communities of individuals who live healthy, just, and fulfilled lives. In addition to the Inamori Ethics Prize, he has received numerous other prestigious international awards.

The Inamori Ethics Center works to tie an ethical note into a broad range of intellectual interests at CWRU. “Whether (Suzuki) is defending a species that is going to extinct that may not be able to speak for itself, or future generations, he also speaks for indigenous people who are trying to fight for the preservation and conservation of our land,” said Shannon French, director of the Inamori Center. “He has shown he is not only interested in nature and science out of intellectually curiosity, but because he cares deeply about the planet that we are leaving for the future.”

The Center plans to include an interactive panel with Suzuki and other environmental and sustainability experts for conversation and Q&A with the audience when Suzuki receives the prize in September. “He loves talking to and working with students,” French said. “He really appreciates the energy the youth bring to environmental issues.”

The Inamori Ethics Center is unique to the university. The Inamori Prize was part of the Center’s original mission and part of the original reason the Center was created. “If you want to get people thinking about ethics, you also have to inspire them by showing them people who have made ethics the core of what they do,” French said.

“Our mission is to promote ethical leadership, and we try to do that by encouraging people to recognize the ethical dimensions in everything that they do.” The Inamori Center is a university-wide center, independent of all eight schools within the university and supportive of ethics-related programs and workshops across all eight schools. “It is kind of symbolic, as ethics is an important aspect of everything on campus.”

The Inamori Center also supports a number of programs and initiatives on campus, as well as the student leadership organization GELS (Global and Ethical Leadership Society). GELS hosts an event during MLK week at Trattoria Restaurant involving dialogue surrounding ethical concerns at CWRU, and of course great Italian food. “[Throughout] the whole meal we had conversations on issues, how you understand them, and how you dig a little deeper,” French said.

“Is bullying an issue, even at the college level? And if so, is there a leadership role a student can take on that? Another question was, are college students, undergraduates or graduate students, finding their real passion in life, their real purpose?” she said. “We talk about finding a great career, but the real point of the college experience ought to be finding the purpose of your life – what gives your life meaning.”

The Inamori Center funds international trips that are offered to the GELS students to help them find that “purpose,” as well as leadership conferences and other learning experiences. The Center also invites guest speakers to campus-wide events to discuss ethics across different fields of study, including engineering, biology, and business.

“We try to bring in people from lots of different fields just to show people that no matter what you’re studying at CWRU, there are really interesting ethical questions that have to deal with that field,” she said. “And we want to help you explore.” French hopes to invite a speaker on ethics in the field of physics, among others, in the future.

David Suzuki will be presented the Inamori Ethics Prize in Severance Hall on September 6, 2012. All university students are invited to attend and participate in dialogue with Suzuki.