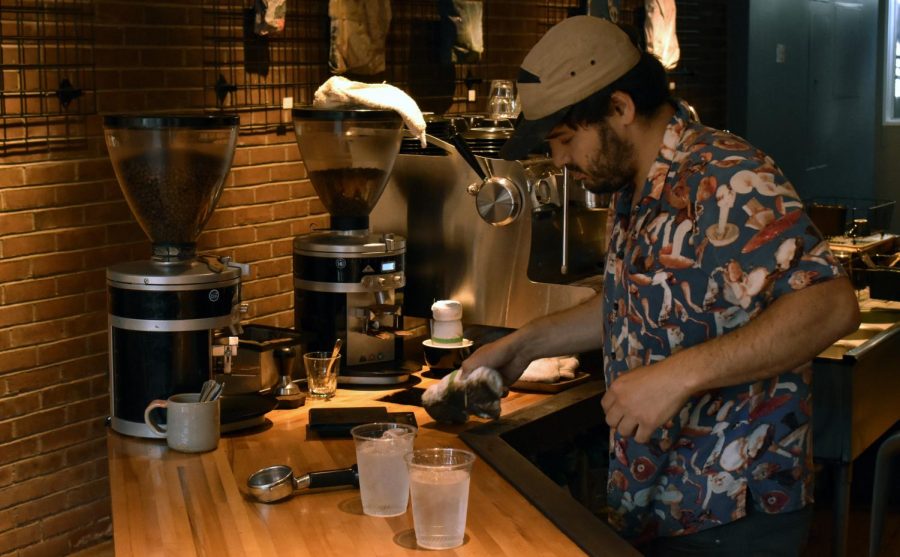 Whether it be for recreational, romantic or educational adventures, there’s no discounting the importance of a coffee shop.  With a number of java joints available nearby, picking the right place can be hard. So, we present you with our definitive guide to the Case Western Reserve University coffee community (ranked worst to best).

Cool Beanz, located conveniently on the first floor of the Tinkham Veale University Center (Tink), is one of the most universally agreed upon university food options. Sadly, the general agreement is that Cool Beanz is terrible. It’s got some pros. It takes CaseCash, is centrally located and its employees are incredibly nice, but by most accounts the coffee is average at best. The breakfast sandwiches are okay if your other option is not eating, but only barely. Also, in accordance with the universal law of being in Tink, you will end up in line next to the exact person you were hoping to avoid. 2 of 5 stars

The Village Starbucks may serve the same drinks as its Euclid Avenue counterpart, but its purpose is entirely different. The proximity of the store to most of the North Side dorms makes it a critical juncture for two of the most important activities on campus – resupplying on caffeine while studying and meeting up with people you matched with on Tinder. Notably, it’s also open until midnight and offers $1 coffee refills in most mugs. Either a 1/5 or 5/5 depending on the outcome of your test/date.

Dunkin Donuts is a Dunkin Donuts. It always tastes like you want it to, it takes meal swipes and it’s a little cheaper than Starbucks. The donuts are average, the breakfast sandwiches are better and closer than McDonalds, and the espresso drinks are remarkably consistent, if not special. Pro-tip for those with 8 a.m. finals: Dunkin opens at 6 a.m.—before the dining halls—so if you need to fill up before you test it’s pretty much the place to go. Unfortunately, they do not accept meal swipes until 8 a.m. They will also let you bring in nearly any cup for a $1 coffee refill, so be sure to head in after you’ve finished your Starbucks to truly flex on big donut. 3/5 stars

The CMA’s main draw is obviously its fantastic collection of art, but the cafe in the atrium shouldn’t be discounted. The massive glass ceiling lets natural light in all-year-round, and in the winter it can be especially nice to be in such an open and well-lit place without having to be outside. The coffee itself is average tasting and relatively expensive, but as long as you tell the museum employees you’re only going to the restaurant, you’ll be allowed to bring a backpack into the museum, which makes the cafe portion of the atrium an incredibly attractive place to do homework in the winter. 3.5/5 stars 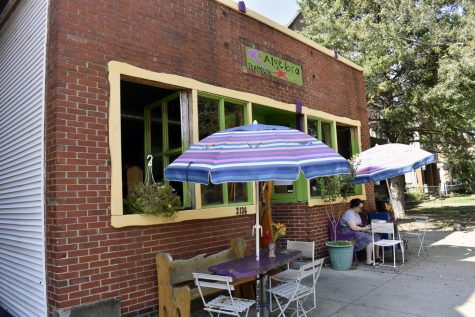 Algebra Tea House is more than its name might suggest; the shop blends Middle Eastern food, an extensive tea list and a variety of coffee options. This is all served in an establishment that resembles something between a hip 1970s living room and a more traditional food establishment. The Tea House is far enough from campus to feel like a getaway, and even if it was right next to Tink, the world you enter once you walk in the door is truly unique. 4 out of 5 stars

The Coffee House at University Circle

With its abundance of study rooms and mismatched mugs full of totally acceptable and economical beverages—a large coffee is only $2.10—Coffeehouse is by far the java joint most beneficial to academic success. On nice days at the beginning and end of the year, the front patio will be filled with people enjoying the weather and each other’s company, but don’t be fooled –  the coffeehouse’s true power comes from being both close enough and nice enough that it’s a go-to spot even in the midst of a snowstorm. 4 of 5 stars

Fluffy Duck has everything going for it except proximity. The coffee is delicious, the store is well-lit and full of pastries, and the entire staff is friendly and welcoming. The store is a little bit of a hike, requiring one to traverse the entire Nord Family Greenway and venturing down Chester Avenue until you reach the new medical campus, but it’s worth it—especially if you pair your latte with one of their Kouign-Aman, a layered pastry you’ll be hard pressed to find anywhere else in Cleveland. 4.5 of 5 stars

For more information on Fluffy Duck Cafe, see this article. 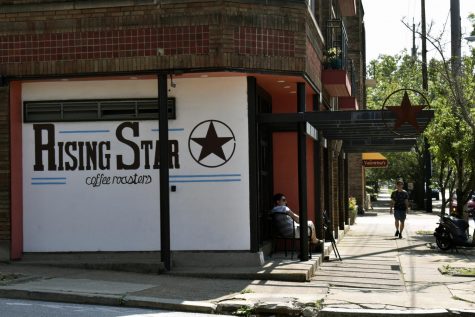 The undisputed ruler of the University Circle hipster coffee community, Rising Star Coffee Roasters is an absolute must-visit for coffee fanatics and people looking to post cute photos with their new roommates in front of their incredibly Instagrammable exterior wall. The store is exactly what you’d expect from a coffee company that prides itself on roasting its own beans and producing things locally: lots of exposed wood and mildly uncomfortable chairs but delicious coffee and cookies and incredibly friendly staff. They’re also located over on Murray Hill Road, which makes them close enough for a walk on a nice day but far enough to feel like you’ve left campus for a second. An excellent spot for pretty much anything other than extended studying. 4.5 of 5 stars 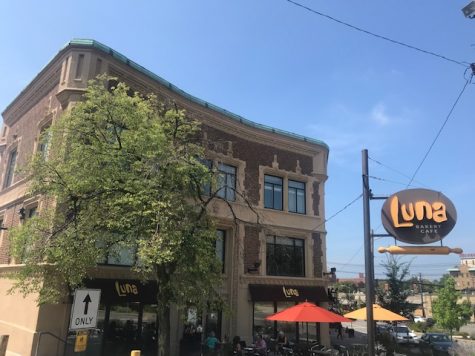 For most, the trip up the hill to Cleveland Heights ends with margaritas and tacos at Barrio—but it really shouldn’t. The true gem of the neighborhood is the neighboring Luna Cafe, whose coffees, crepes and other assorted confections are sufficiently delicious that they make climbing the elephant stairs just for brunch an acceptable, if still not enjoyable activity. Luna’s options are creative and delicious and they have enough space that there’s nearly always a place to sit down and contemplate the overall greatness of the culinary experience. It’s also quiet enough on weekday afternoons that you can get some work done if you’re inclined to bring a computer or textbook up the hill, which, coincidentally, can also be conquered via a Greenie ride to South Side. 5 of 5 stars