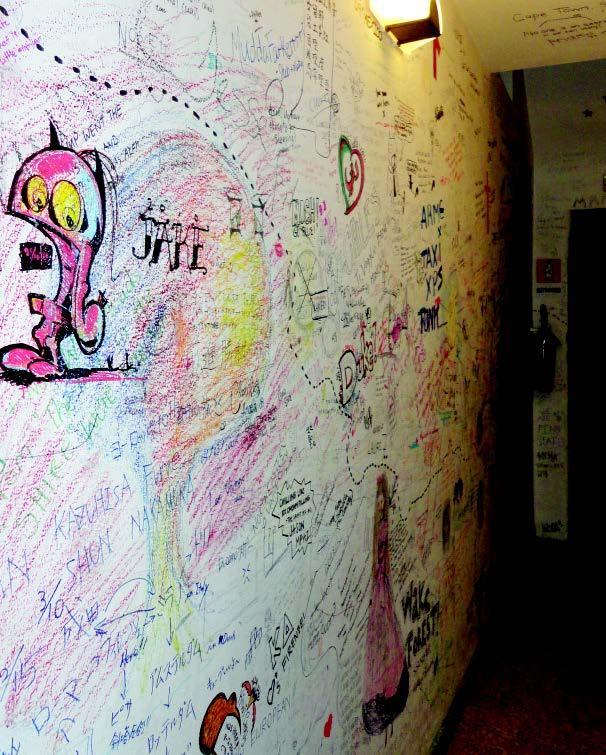 I spent the greater part of the last two weeks traveling: beginning March 9, I spent three days in Amsterdam, two in Paris, and three each in Rome, Florence, and Venice. There’s really no way to do the experience justice in writing, but I will try.

Amsterdam is a city of heritage and exploration. It has a more Eastern European feel to it compared to the United Kingdom, but it is very beautiful. Apart from the more well-known characteristics such as legalized drugs and prostitution, the city surprisingly has a lot more to offer. The city isn’t on the coast but is very close to it, and is settled on a series of canals and rivers, much like Venice. Amsterdam is home to the famous Heineken Brewery, Anne Frank house, and Van Gogh Museum, none of which I had known were there. The city is small and centralized around the Red Light district, but it’s much more than women in windows and coffee shops. The canals are gorgeous and are frequently filled with swans, which make an unusual yet pleasant contrast to what can be seen on the streets.

Only a short night after returning from Amsterdam, I departed early in the morning for Paris, with no recuperation time at all. I flew on an airline called EasyJet, the European equivalent of a cheaper Southwest. I was excited at first, but quickly became frustrated when I found out just how “cheap” they were. I arrived at the airport about an hour before my departure time, only to be rejected at check-in and told I had to buy a new ticket. Plus, Europe has a smaller standard for carry-on sized bags (or maybe they’re just more stringent about it). In the end, my trip cost as much as it would have to take a nicer airline without all the hassle.

Anyway, I made my way to Paris later in the afternoon; while I had planned to spend two days there, I only accomplished 24 hours. It turned out to be enough time to see the Notre Dame Cathedral, the outside of the Louvre, the Catacombs of Paris, and other famous buildings and statues along the way. I was surprised to find myself satisfied with my short time there.

After that, I was off to Italy. Rome is spectacular; every little corner and street had something to hide, which made my spontaneous approach to exploring very easy. Most of the religious buildings are free, which also makes Rome very affordable. The Vatican is unbelievable; no matter what your religious affiliation, it is impossible to not feel humbled in its presence. My other favorite sites included Castel Sant’Angelo and St. Ignazio (most of my preexisting knowledge of these places came from “The Da Vinci Code,” “Angels and Demons,” or “Assassins Creed”).

Florence was next on the itinerary, and it surprised me most of all. Florence is small, but stands big in Italy. As the locals would describe it, they don’t stand large on a map, but they’ve had a big impact on history – and the city perfectly reflects that attitude. A climb to the top of the most detailed cathedral known to man, the Basilica di Santa Maria del Fiore, was a relaxing and beautiful experience and exceeded my expectations for the Tuscan valley.

Venice, an island made up of a series of canals, was the best way to end the journey. The main form of transportation here is by waterbus, or vaporetto, which almost acts as a tour of the city itself. Everywhere you look is ocean. This tends to be underrepresented in movies, where they only show you the inner city of canals, but the other side is just as beautiful. It provided a beyond-magical way to end my travels.