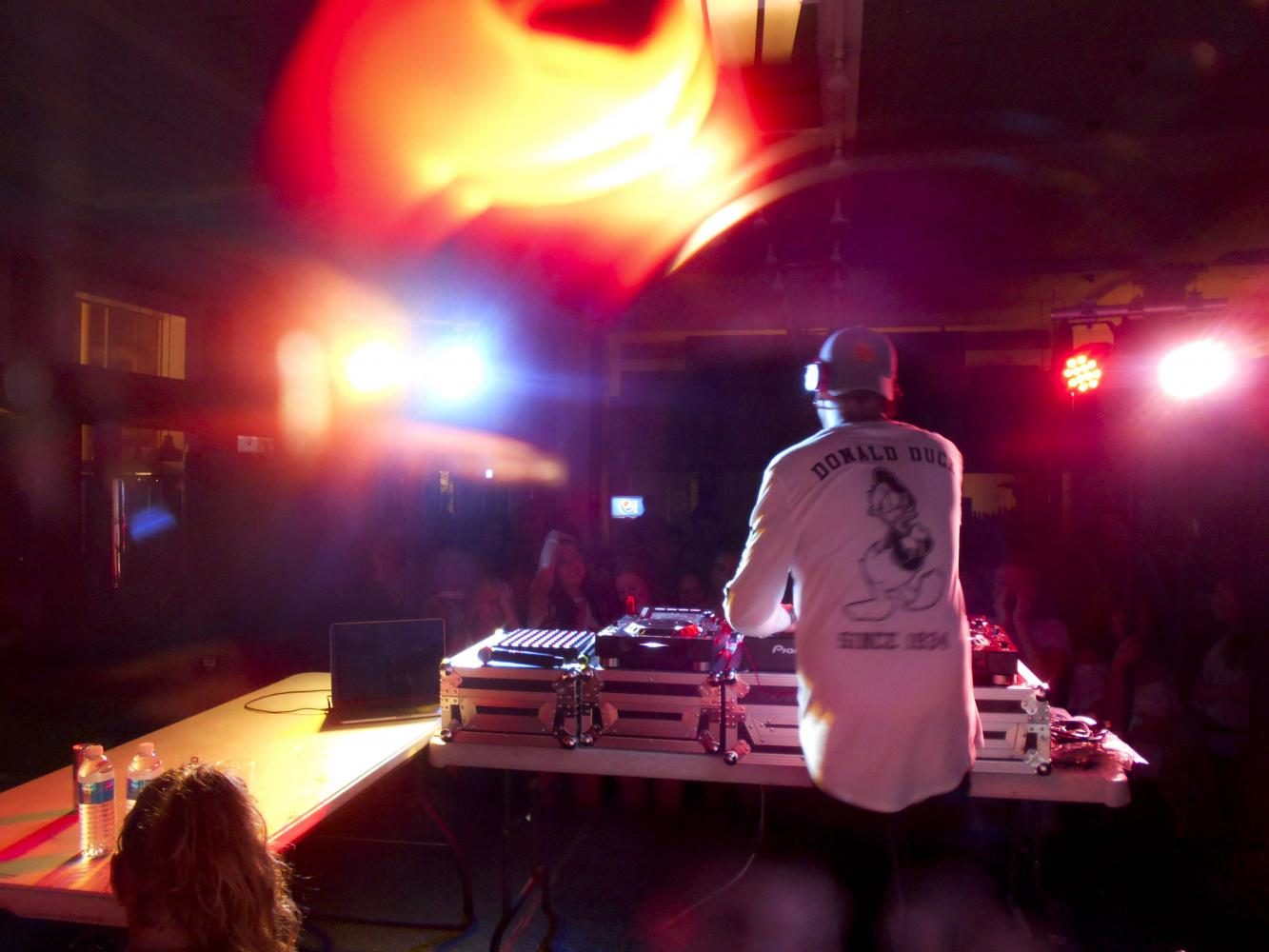 On Saturday, Sept. 9, I spent my night dancing with my fellow Case Western Reserve University students at UPBeats’s first concert in the semester, EDM Night, featuring Caked Up. Two young DJs were standing on stage taking sips of Red Bull and jamming to their music as I walked into the Jolly Scholar. The beat was pumping loud, and the music was pure energy. Loud, thrilling and powerful. I am in no way an expert on electronic music, but I found myself appreciating it more and more throughout the night, and I admired the excitement it stirred within me as I danced.

It was a modest turnout in the Jolly Scholar from 9-11p.m.—as far as I could tell only a quarter or so of the dance floor was filled when the crowd was at its largest, but the people who were there were definitely into it. Few in this crowd were found jumping around saying, “Yeah I can’t really dance,” like they might have at a larger party. This crowd loved to move.

At the beginning of the event, I managed to speak with two members of UPBeats, fourth-year students Will Lee and Zoe Nykaza, the directors of this event.

“So we’ll usually have three or four concerts during the semester, and we usually try to get a wide range,” Nykaza said. “So just for the semester we have EDM, alternative rock, and then pop.”

She told me that UPBeats is always open to suggestions, particularly via email and their public Facebook page, and tries to find music and artists that they think all of CWRU will enjoy.

“We actually had a survey done last year for the whole campus. We basically set our three genres for this semester based on the top three requests from the whole campus,” Lee added. “So we’ve been doing a lot to integrate what people want into our mission and what we stand for,” he told me, and it’s clear that their work has paid off.

As tonight’s guest artist Caked Up was given the stage for himself at around 10 p.m., he sent the audience into an even greater frenzy than before. He played a wide range of both original tracks and remixes, interacting with the audience during his show and having a blast while doing it. The crowd was clearly having fun with him as well, and the show went a good hour past when it was supposed to end. At one point during this encore, I left with the sounds of pure energy still echoing in my head.

To make suggestions, or for more information on UPBeats and what they have in store for this semester, visit their Facebook page or email the group.