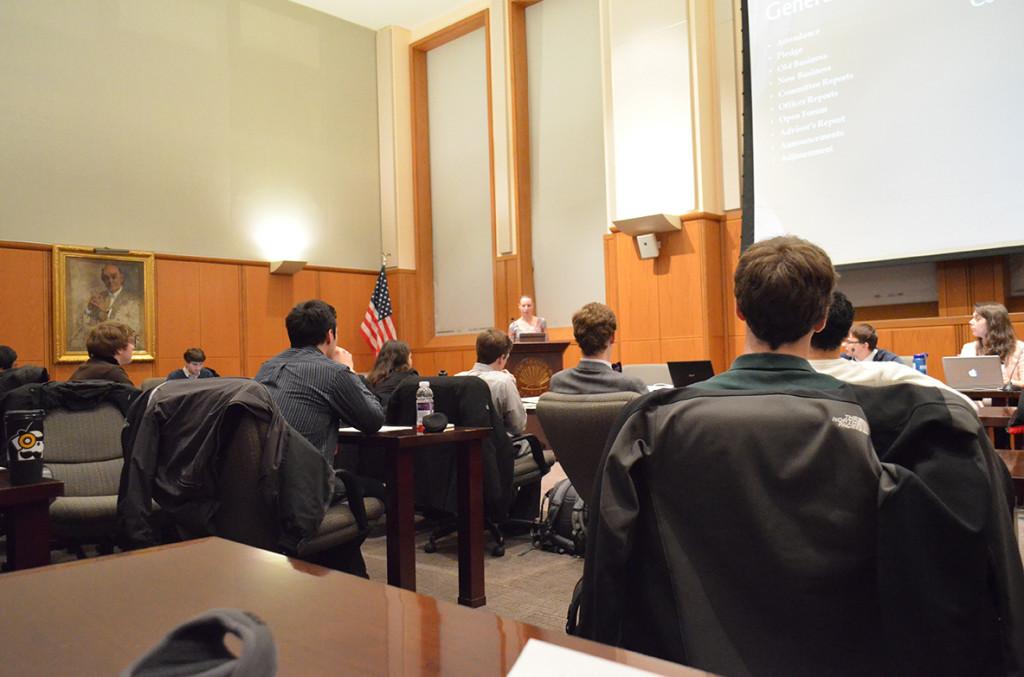 At the most recent USG meeting, representatives spent much of the meeting in unofficial discussion, including a discussion of changes about drop/add.

The open forum section of the meeting, during which representatives are able to freely bring up issues for discussion, started with a conversation about the possible change of the drop/add policy. Vice President of Academic Affairs Taryn Fitch brought to the assembly’s attention that the drop/add period could be changed from the first two weeks of the semester to one week with the possibility of adding a new class during the second week only with instructor consent.

Many representatives reasoned that a change in the drop/add policy would make the process more complicated in case an instructor would not be able to give consent in time. It was also noted that a new policy would be problematic in larger classes, where the instructor would possibly have to deal with a significant number of students requesting consent.

Another subject of debate concerned the pledge of allegiance, which the GA members recite at the beginning of each meeting. Some argued that the pledge adds a sense of formality to the meeting while others stated that it could possibly make the international members of the GA uncomfortable. In an unofficial poll, the majority of the GA expressed support for ending the tradition.

The GA also discussed going back to the old model of having meetings every week instead of the current, biweekly assemblies.

Many representatives spoke for the weekly model, stating that the current system hurts student organizations that have to wait more than a week to get officially recognized by the USG.

Some also argued that the biweekly system makes the GA ineffective. It was suggested that perhaps the GA should take voting on the recognition and funding of student organizations completely off its agenda and leave the executive power to the Finance Committee. Despite these arguments, a majority of the GA supported staying in the current system in an unofficial poll.

In committee reports, president James Hale informed the GA of an upcoming meeting with the Board of Trustees, explaining that this year the board’s focus will be on sustainability.