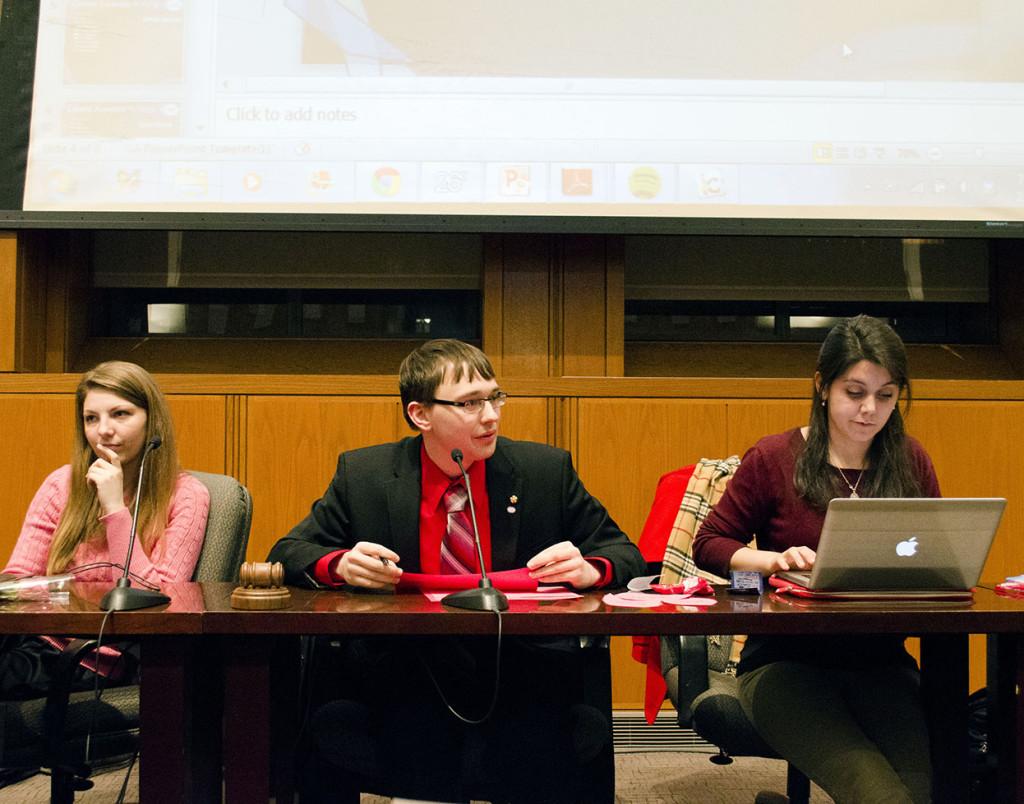 The GA voted on two bills at the meeting. Bill B. 22-14 recognized the Case Toastmasters Club, an organization aiming at helping students improve their public speaking skills. The club received favorable comments among the GA and the bill was subsequently passed with 97 percent affirmation.

Bill B. 22-16, a bill to allocate additional funding to campus organizations was then introduced. Out of the $7,464.19 requested, the Finance Committee allocated $4,883.51 in total to 17 different student organizations. The GA passed the bill unanimously.

The USG also grew by two members. First-year students Devin Herlihy and Frank Wu were elected representatives for Cutler House and the School of Engineering caucus, respectively. Wu and Herlihy, along with eight other recently-elected members, were sworn in on the spot by President James Hale.

In committee reports, the Student Life Committee told the GA about the incorporation of a new medium, YouTube, for spreading information about the committee and its initiatives on campus.

The concept, called CWRUtube, will consist of a series of videos on YouTube where a member of the Student Life Committee updates the community of the goings-on within the committee and the upcoming changes on campus that the committee has completed.

The Information Technology (IT) Committee introduced three projects that it is currently working on, among them two new Software Center items: Light Room and Windows 8. There were concerns among the GA about the reliability of the new WEPA printers, to which vice president of IT Andrew Brown responded by encouraging students to contact WEPA helpline or the IT Committee itself to find solutions for any problems with the printers.

Brown also confirmed that most of the copiers on campus have been removed along with the old printers and that students in need of copiers have to go to the Kelvin Smith Library to use one.

The Finance Committee informed the GA of, and explained the reasoning behind, its decision to deny funding from two student organizations, CWRU Swing and the International Club.

The committee also encouraged student organizations to hold elections early in the year in order to make the mass funding and re-recognition periods go more smoothly.