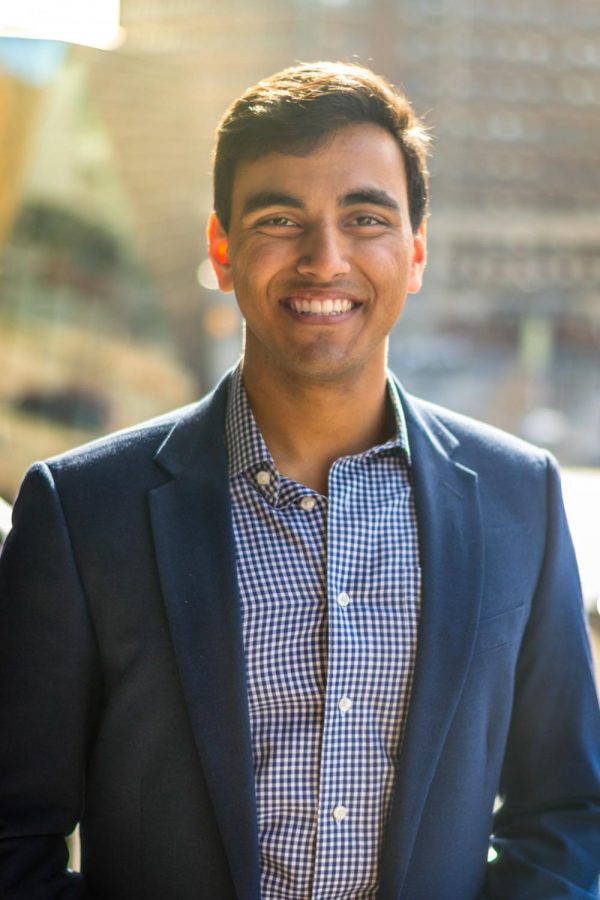 In your words, what is the importance of this role?

I believe the role of president is to serve as both the internal and external leader of Undergraduate Student Government (USG), to run the executive committee and serve as the foremost point of contact for administration and the student body.

What is one initiative that you want to complete in your first semester?

One big initiative I want to complete in my first semester is to implement a sexual assault survivors fund. The purpose of this fund would be to reimburse survivors of sexual assault for any monetary losses incurred to stop money from being a barrier to people getting the help they need.

What are some of the most persistent recurring issues on campus and how do you plan to address them?

I think some of the most persistent issues on campus include: student dissatisfaction with coursework, lack of improvements to freshman housing, and undergraduate advising. I plan on working closely with administration and various VPs of the executive committee to create a plan of action for tackling these issues we have at hand in a time effective way.

What accomplishments in USG are you most proud of?

I think one of my proudest accomplishments in USG is having the peer mentor initiative, an initiative worked on by a number of representatives before, and during my tenure as vice president, be adopted by the administration in the form of a new Student Success Leader program being rolled out next year. The ability for the University to create a program based on USG recommendations is amazing to see and will hopefully fill an unmet gap in the current system.

Can you describe your influence in terms of representing the student body through the Student Presidents Roundtable?

I believe that the Student President’s Roundtable (SPR) is a body for the various SPR leaders to converge, talk about issues their individual organizations face, discuss potential areas for collaboration and discuss broader campus issues. However, I believe USG’s role is as the central advocacy body on campus, taking those issues discussed and working with administration to find a solution.

How do you plan on holding vice presidents and representatives accountable?

I plan on holding VPs and representatives accountable by having consistent, bi-weekly meetings with VPs, and ensuring that they do similar with their representatives. Opening up channels of communication and making sure that there’s transparency in work and action is the single most important thing we as an organization can do.

How will your presidency be different from previous years? How will it be similar?

My presidency will be different from presidencies in previous years in that I hope to start the year by determining what exactly it is that the student body wants us as USG to work on. Historically, Presidents and administrations have had a bucket list of initiatives that they’ve come in wanting to work on that are often left over from previous years. I intend on taking the beginning week or so of the school to implement a university-wide survey that asks students what are the most pressing issues that you want us to work on, and acting from there.

How would you differentiate the roles of USG VP of Student Life and VP of Diversity & Inclusion? How will you work with those VPs?

While the student life committee should include aspects of diversity into their decisions and thought processes, the Vice President of Diversity and Inclusion (D&I) and the D&I committee are responsible for upholding standards of diversity, inclusion, and accessibility into the broader CWRU community.