USG reflects upon accomplishments at last meeting of semester 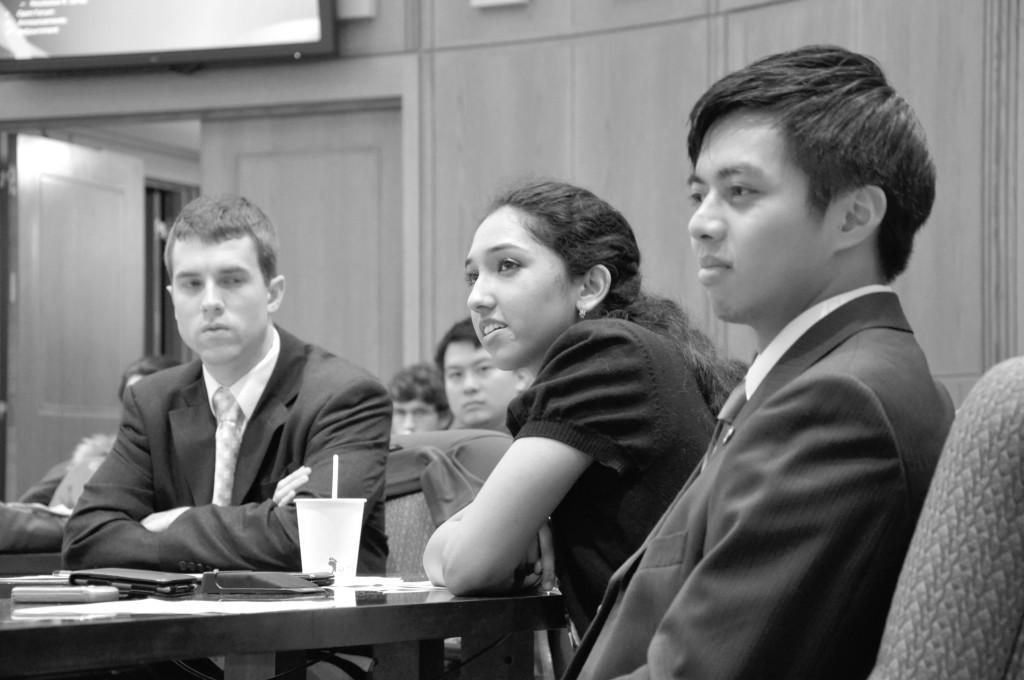 The General Assembly also passed a resolution to expand the assessment of teaching assistants (TAs) in course evaluations. Currently there is only one question on the course evaluation form relating to TAs. This resolution, presented by the Academic Affairs Committee, stated “Detailed evaluation of teaching assistants is necessary for improvement of the course and the experience of the undergraduates in the course.” If approved by administrators, it would require the form to contain more questions about the course’s TA, possibly including one that allows students to elaborate rather than just checking a box.

During open forum, USG president Minh-Tri Nguyen asked the assembly to discuss some of the major university issues they have noticed while serving as representatives. One was the growing difficulty of retention, which results from a number of factors. Given CWRU’s private school status, the biggest obstacle may be tuition and its yearly increase. Another concern was the level of faculty motivation. Representatives have become aware of students complaining that some professors do not seem enthusiastic enough about teaching. The most agreed upon cause of this is that many may be devoting more time to their research obligations than teaching undergraduate classes. The meeting concluded with James Hale being elected to fill an open School of Engineering representative position.

Tuesday, Nov. 30 marked the final general assembly meeting of the fall semester. It began with an address by provost William Baeslack, who spoke about CWRU’s Strategic Plan, enacted in 2008. “One of our main goals is to break down the ‘silos’ that separate the different schools within the university,” he said. The administration is pushing for more collaboration between the school’s various academic divisions. He highlighted recent and continuing internationalization efforts, including CWRU’s increased emphasis on making study abroad opportunities available to as many students as possible. Advising is also now an official responsibility newly included in the Faculty Handbook. Baeslack believes that all faculty, not just a student’s adviser(s), should be available for guidance and assume a mentoring role for their students.

Most of the meeting was devoted to USG’s various committees and caucuses recapping their accomplishments throughout the semester and looking forward to the spring. Executive members spoke about a wide range of changes that have occurred across campus. Nguyen praised his committee for obtaining two new Case Cash machines for student use and improved communication with the Graduate Student Senate. Vice president of Student Life Divya Aggarwal underscored the coming implementation of a Greenie stop in Little Italy. The Academic Affairs Committee plans to continue looking into a potential Common Core Curriculum, the global and cultural diversity requirement, and SAGES writing instructors. The First-Year Caucus aims to solve issues about L3’s hours and increase transparency by posting meeting summaries on its Facebook page so freshman constituents can become more informed.

Although it was sent back to committee for revision, a resolution involving an area for commuter students when the new University Center opens sparked some of the semester’s most heated discussion. Commuter student representative Anthony Radencic expressed his constituency’s dissatisfaction with the current Commuter Lounge. Its location in the basement of Thwing makes many commuter students feel isolated from the rest of the student body. “A commuter area should be our home away from home,” Radencic said, a sentiment the lounge fails to foster. However, other representatives argued that that problem would not be solved if a commuter area in the University Center were only card-accessible after certain hours. USG plans to continue exmaining this issue and many others when it reconvenes for spring 2011.