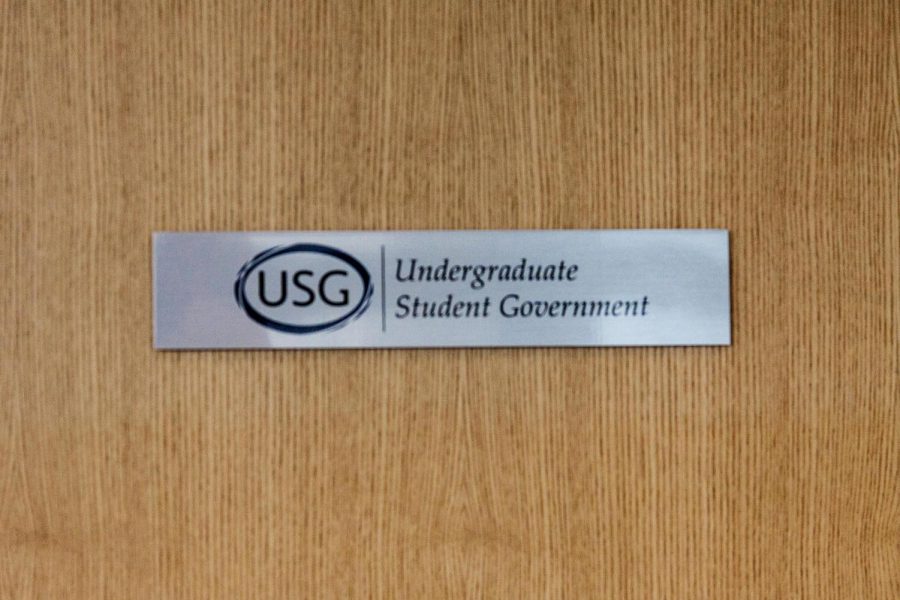 The Undergraduate Student Government (USG) is up and running for the new school year, having just held elections for first-year representatives. Between Sept. 7 and 8 elections and a group retreat the following week, the new members were quickly brought up to speed on their roles for the year.

USG Vice President of Public Relations Parv Sud and the commissioner for first-year elections, Emma Risley, explained that this year’s first-year candidates were very interested in learning more about getting involved with USG. Risley mentioned she was contacted a number of times before applications were due from first-year students looking for more information on USG’s inner workings.

Twenty students ran for 13 spots, which, Sud explained, shows the interest in the organization from the student body. It also indicates support of the hands-on way which students represent and elect the USG body.

The 13 new representatives are eager to start working on the various issues and committees USG will be focusing on this year. Benjamin George is taking his experiences from his high school student government and applying them to his new position as a first-year representative.

“I’m excited about the chance to make a direct impact on the campus,” said George, a member of USG’s Academic Affairs Committee.

The Academic Affairs Committee will be working closely with administration and campus policies, using findings from the Commission on the Undergraduate Experience final report to apply data to future classes and academia.

Meanwhile, first-year student Katie Liebler, a member of the USG Student Life Committee, came to campus looking for ways to get involved. She said, “USG feels like the perfect opportunity to do just that. I knew it would be a great place to voice the concerns of my peers and create visible change.”

New and veteran members alike quickly got on board with new initiatives to improve the campus this year. Continuing from last year is the All-Gender Bathroom Task Force, a committee dedicated to the implementation of gender-inclusive bathrooms and ensuring the proper signage on the doors. In addition, USG has several new events in the works and is changing others, including“Feedback Friday.”

This is a rewards system set up to encourage students to talk to USG about what can be done to improve the school and provide an accurate representation of the student body. Rewards will be given out on both a weekly basis, as well as once a semester.

Overall, Sud emphasizes that USG is present to advocate the Case Western Reserve University student body and is driven by feedback and suggestions. Through their work on expanding the means and ease of communication between the USG representatives and student body, USG is focusing on ways to better serve its constituents this academic year.