Vibrators may cause hysterical laughter 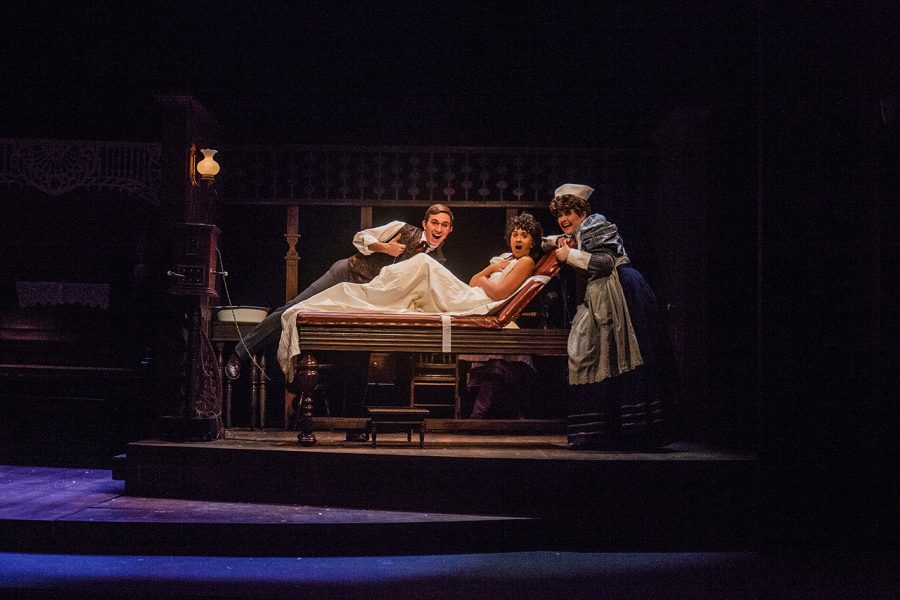 Mrs. Givings does not suffer from hysteria, but she does long for attention from her husband. Yepko was brilliant, as she portrayed Mrs. Givings’ hopes and sorrows so well that the audience very much empathized with her. This was complimented by Thompson’s Dr. Givings, who was fascinated only with science and going to the club, and not at all with doing anything with his wife. Together, Yepko and Thompson showcased the tension within the Givings marriage due to Dr. Givings’ lack of interest in sexual relations and lack of attention to female sexual pleasure.

Although much of the play is humorous, it also brought up important ideas, such as the tension in the Givings’ marriage and the reasons for it. It takes the entire show to resolve this tension, which is a reminder that it is possible to work things out, but it takes time. The show also deals with technological advances and how these advances affect the lives of the characters. In an increasingly connected and online world, it’s important to see how technology impacts our lives.

Next semester the CWRU Department of Theater will be producing “Uncle Vanya” by Anton Chekov and “Urinetown” by Mark Hollmann and Greg Kotis.