Volleyball bounces back with two wins 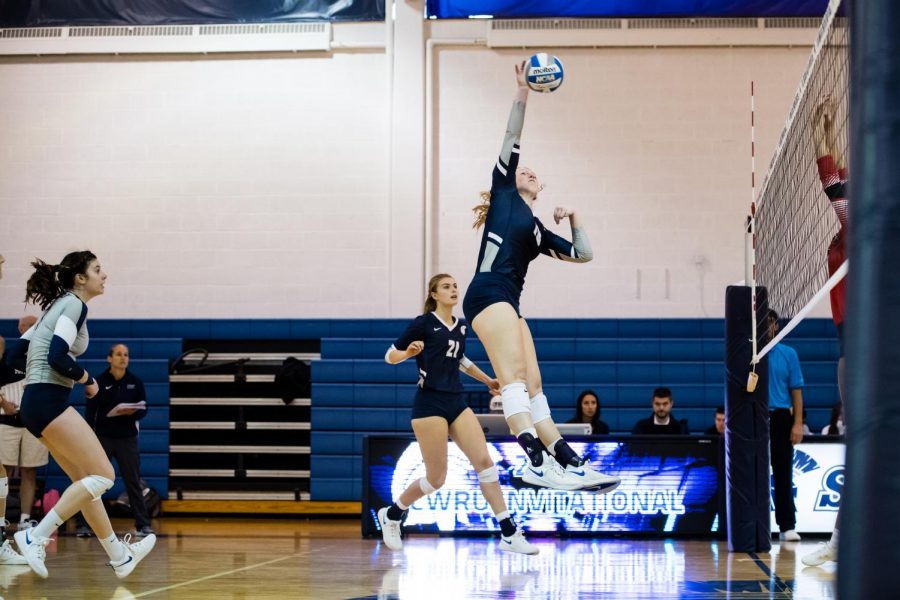 The volleyball team is preparing for the final AAU round-robin tournament.

After a streak of losses, the Case Western Reserve University volleyball team has found recent success, winning two of their last three matches.

A few weeks ago, the Spartans came out on top against Oberlin College in a four-set game and followed that up with a win and a loss at the second UAA round-robin of the season.

The following weekend, the Spartans played in Atlanta at Emory University. Their first match was against Brandeis University, and they won in five sets. Lemon contributed 18 kills in this match and third-year middle hitter Katie Kaminski recorded 19. Giaquinto had a fantastic game, notching 36 digs to pace the defense. The Spartans held Brandeis to a lowly .100 kill percentage.

CWRU ended the weekend against No. 14 Carnegie Mellon University. Despite putting up a solid fight, they ultimately lost in five sets. The Spartans won two of the first three sets before losing the fourth 11-25. Carnegie Mellon won the final set 15-10.

Kaminski, Lemon, Sims and fourth-year outside hitter Karley King all had good outings on offense, but it was still definitely a struggle for the Spartans. CWRU only had 39 total kills, while Carnegie Mellon had 62.

“We continue to tweak the lineup and are working to develop players in numerous areas who can help stabilize our defense and serve receive and also boost our offense by a few kills per set,” said Head Coach Karen Farrell.

As for the rest of the season, Farrell is prepping her team for the final UAA round-robin, as well as the conference tournament at the end of the season. The team’s Senior Day festivities is just as important and is taking place on Nov. 2.