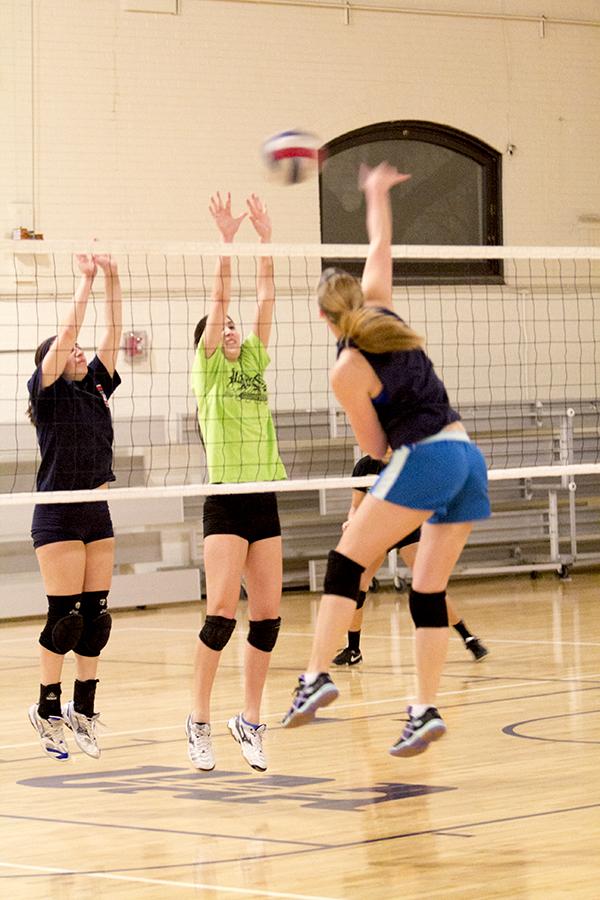 Volleyball club practicing at Adelbert Gym for their tournament

Varsity volleyball season may be long over, but the Case Volleyball Club is still digging in with the women’s team hosting their annual tournament last weekend and the men wrapping up the first seed placement in their division of play.

The recreational club practices together, although the men’s and women’s teams have different competition schedules and styles of play. The club is making waves within both leagues. The men play during the spring season and just wrapped up their regular season. Placed first in the Penn-Ohio Volleyball League among six other area schools, the squad will head to the POVL tournament on March 22nd.

The women compete year-round with two complete competing teams. During their recent home tournament, the ladies took home the second place prize out of the 10 competing teams. Both teams enjoy the benefit of coaching by Nelson Wittenmyer, a professional coach who volunteers his time to help the Case squads gain experience through their competition with area schools.

The club primarily recruits new members during the fall semester. With fewer competitions, the teams have time to practice and get used to the collegiate level of play. The club leadership allows students to enjoy a few open practices before being required to pay club dues and competition fees. This allows students to learn more about the sport prior to having to make a financial commitment. Club President Ian Taylor takes pride in the welcoming atmosphere of the team and is looking to maintain this philosophy going forward. “The club has two purposes. One is to participate in the competitive season. The other is to give instruction to those that haven’t had much exposure so they can learn the sport,” said Taylor.

Taylor got his start with the club through participation in a few informal practices. Without much experience prior to joining, he found little difficulty in his transition from high school playing to collegiate-level competition with the assistance of the team and experienced faculty assistance. “Coach Nelson is a professional who volunteers his time to help us out. It’s a huge advantage for us as a team,” said Taylor.

The club began as a resource for male students who were left out of the sport; at Case, only women can compete at the varsity level. Many students who were members of local clubs or touring teams were passionate about the sport and worked toward the creation of a recreational team over 20 years ago. Coach Wittenmeyer joined their cause and the club was born.

A few years after that, women who lacked interest in the rigorous varsity practice schedule also wanted to find a way to engage in this activity. This year, the club has 64 members with roughly half that number participating in the competition season. Many players have previous experience with the sport, but the nature of the practice atmosphere allows for those with very little experience to come in and learn how to play the game at a competitive level.

The club serves its dual purposes with the passion required for success at this level of play. The men will look to make a successful playoff run next month while the women will continue to face off against area opponents to help all members of the organization learn to play the game they love at a high level.