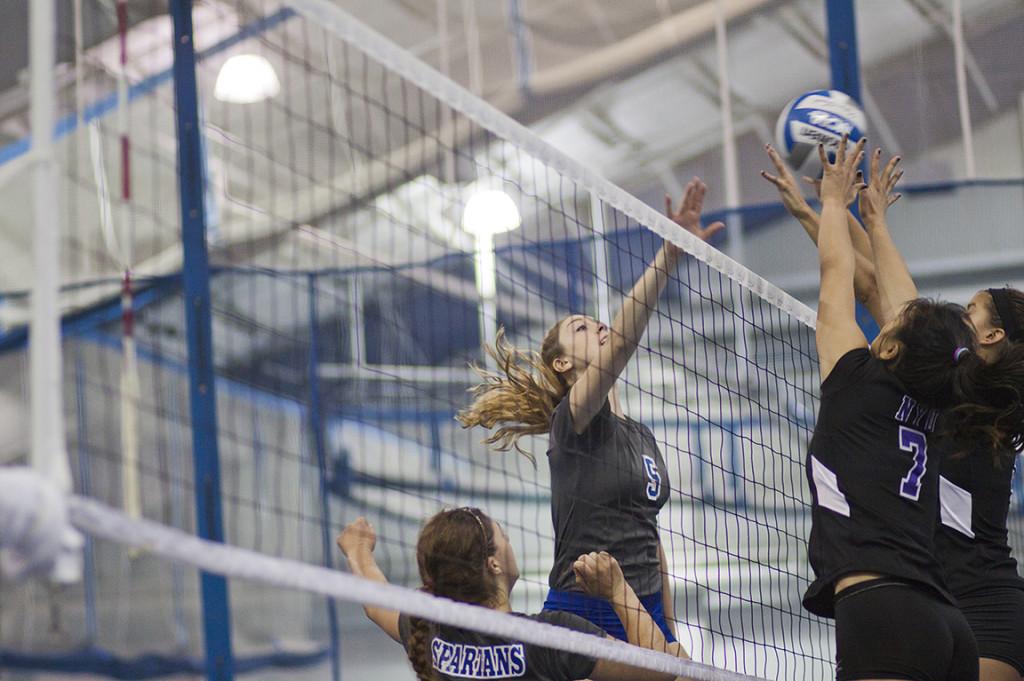 The Case Western volleyball team is ready to take on the division and their seventh place ranking as they head to St. Louis, Missouri this weekend. After a win at Hiram College on Wednesday, the squad will compete in the University Athletics Association Round Robin #2 tournament this weekend.

Wednesday’s match came after a weekend off for the team. The Spartans were on the road for one of their few away games of the year. The team was looking to gain some confidence before the critical matches this weekend and got off to a great start with a 25-17 win in the first set. The 16-7 Hiram team fought back in the second set for a 25-16 win before the Spartans finished them off in the last two sets with close scores of 25-20 and 26-24.

The team needed to be playing their best against this competitive team. Defensively, freshman Isabelle Wagner posted 11 digs while Carolyn Bogart and Marian Barton contributed on offense with 12 and 11 kills, respectively. Sophomore Robyn Marks was a key contributor on both offense and defense, adding a double-double with 11 digs and 34 assists.

The University of Rochester currently holds the last-place spot with an overall record of 8-18 and a conference record of 0-3. They also are facing the challenge of inexperience and lost their first three conference games in their first round robin tournament. The Spartans could gain some confidence for this match by beating out Brandeis University the day before. Brandeis is sitting in sixth place with their only win versus Rochester, who they shut out last week. Their overall record is actually inferior to the Spartans, who are currently sitting at 11-12 while the Brandeis team has only won nine of their 22 matches.

This will be a challenging match for the team, but could provide the opportunity to show the division that we are serious contenders for a top-four ranking. Washington and Chicago would be tougher wins for the Spartans. Washington has beaten both Rochester and Brandeis in the first round robin and has a current record of 18-5 and Chicago’s volleyball team is currently ranked 19th among NCAA Division III schools.

The experiences from the first weekend will help to prepare the team for this second round. With most of the team healthy again, the Spartans need to gain some traction on the competition before the UAA Championship in November.