Walk a mile in her heels 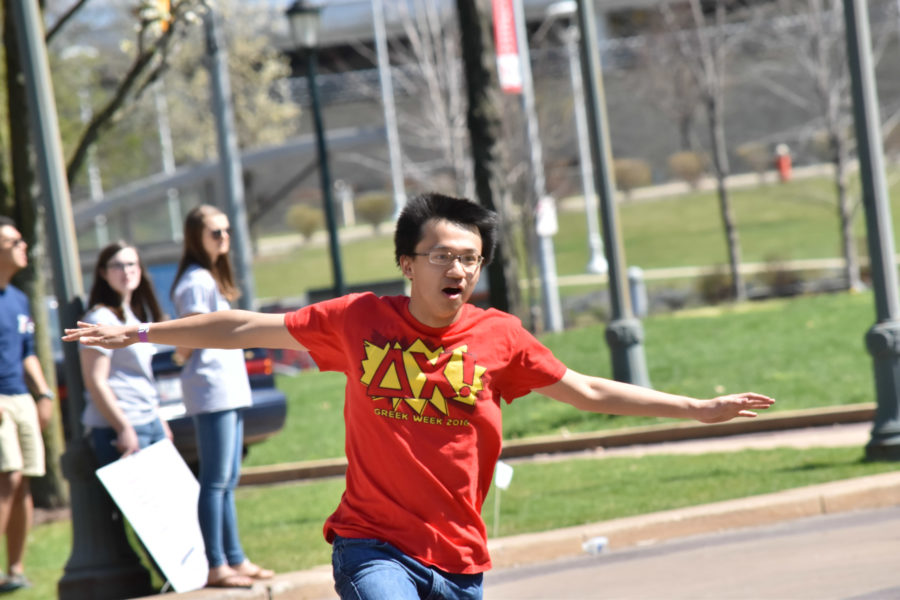 A student from Delta Chi tries to work in high heels

The bright and sunny day, as well as the Holi festival nearby, helped create a great ambiance for Alpha Chi Omega’s Walk a Mile in Her Shoes philanthropy event.

In the event, individuals would walk a mile in high heels to decrease the stigma of sexual assault and understand what it is like to be in the shoes of a woman.

“It’s a nice way to showcase what we stand for, which is domestic violence awareness, trying to bring a little more to the CWRU community,” said fourth-year student and member of Alpha Chi Omega, Susan Kozawa.

The event was conducted in a relay style, which made it more fun for various groups to participate in. Greek organizations, clubs, sports teams and other organizations set up teams to compete against each other in games, such as hand printing the spirit wall and getting donuts as rewards.

The clear skies and festive atmosphere brought in spectators and even Holi celebrators covered in colors to participate in the activities.

Alpha Chi Omega partnered with Delta Chi this year, continuing the tradition of running the event with another chapter in the community.

“We like partnering with another Greek chapter to make sure that the entire community gets really involved.… More hands on deck is a great way to bond,” said Slenker.