Men’s soccer wins thriller at home after losing on road 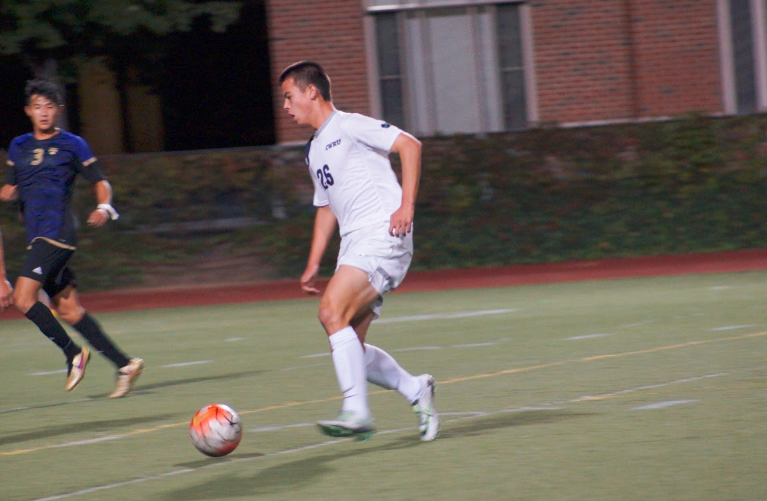 The Case Western Reserve University men’s soccer team recorded a win and a loss in the same week for the third time this year, losing on the road against Lycoming College, 1-0, but taking a win at home in close game against Kenyon College, 1-0.

The Spartans came into Lycoming fresh off of a win against the John Carroll University Blue Streaks, despite the rocky games that preceded the victory. Their 2-0 win at John Carroll came after a stretch of 13 days where they only saw one win.

Inversely, Lycoming looked for their fourth straight victory in order to improve their record to 5-2-2.

Untrue to their usual form, the Spartans struggled to test fourth-year goalkeeper Josh Gildea, notching two shots with only one on goal. On the other hand, Lycoming unleashed 19 shots, putting a total of eight shots on target.

Third-year goalkeeper Calvin Boyle weathered the storm, making a total of seven saves throughout the match. But with all the opportunities, one was bound to find the mark.

Third-year Lycoming midfielder Jordan Logan found the back of the net in the 65th minute, scoring the lone goal of the contest. The Spartans would head back home with one win on their road trip, losing three and tying the other.

After 20 days away from DiSanto Field, the team would face No. 2 ranked Kenyon. Coming into the game, the Lords had yet to lose a game, sporting an unblemished 8-0-0 record. Until the Spartans decided to leave their mark.

Despite being outshot by a wide margin once again (19-5), without a single shot on goal throughout the first 90 minutes, the Spartans remained in the game. Boyle put on another strong performance, stopping 10 shots from reaching the back of the net.

The game remained scoreless for the entirety of regulation, sending CWRU and Kenyon into overtime.

In the 94th minute, Spartans second-year midfielder Josh Wargo broke the stalemate, netting his first goal of the year. He took a shot off a bouncing ball from nearly 20 yards out, which seemed to evade defenders and barely escaped the reach of fourth-year keeper Sam Clougher.

The team made history with the victory. At No. 2, Kenyon was the highest ranked team that they have ever beaten.

The Spartans begin conference play next week with a home game against New York University on Saturday, Oct. 1, at 1 p.m.