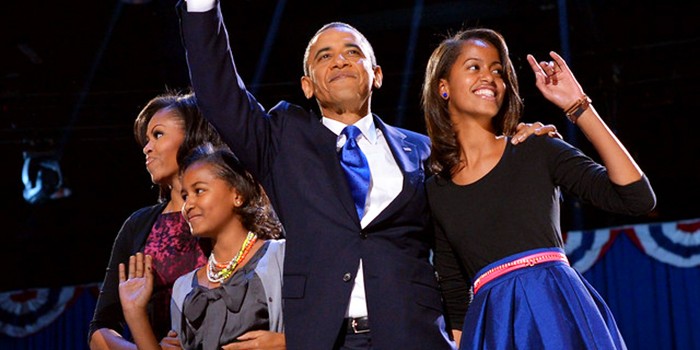 For once, I’m left utterly speechless. It’s over; after all, there’s nothing left to harp on or whine about or wax eloquent over. I’m tremendously happy with the results, and while I still am left with a vague feeling of disbelief, I’m still absolutely giddy. So, in lieu of my ranting or any post-victory rubbing-it-in, I’m just going to share with you what was going through my head while I was celebrating with my fellow campaigners while the races were called.

I’m so proud of my state, my county, my city. We won the presidency here, by winning Ohio. We won Ohio because turnout in Cuyahoga County this year was 66.5 percent, 5.5 points higher than in 2008, and because Cuyahoga voters went for Obama (and Sherrod Brown, the Senator whose campaign I have worked on for months) by a 70-30 margin – 10 points better for the blue team than in 2008. This is absolutely astonishing. I’m proud of everyone who voted, especially everyone who was voting for the first time – what a first time! You’ll never forget it, I promise. Along that same line, if exit polls are to be believed, a higher percentage – 48 percent – of eligible 18-29 year old voters cast a ballot than in any election since 1972, the first election in which 18-year-olds could vote. For that, I’m proud of my generation, and everyone who worked to ensure our voices were heard. A special thanks to student organizations like the Case Democrats, who helped make that possible.

I’m proud of everyone who got involved in any of the campaigns, who went out and knocked on doors or made phone calls or drove voters to the polls or did anything to assist. This was a humongous effort and we could not have won without the hundreds of dedicated volunteers who gave their time. I’m equally proud of the paid staffers, who always get overlooked in these things but are constantly tearing their hair out trying to get that extra vote. I’m proud of all the people who continued to go out in miserable weather or sketchy neighborhoods, I’m proud of everyone who gave their time on Election Day to make sure that the polls ran smoothly and people knew how and when and where to vote.

I’m proud of our ground game in general, the resilience of everyone involved, and the never-say-die attitude that people brought with them. I’m proud that we came out and rejected the notion that elections can be bought with enough super-PAC money, proved that candidates can’t simply lie their way to victory, and demonstrated that victory is always possible, even when the pundits say you’re doomed. I’m proud of the 150+ students from Columbia University who took a bus nine hours to our staging location and others in the county on Saturday and remained in the area to help get out the vote until Tuesday morning. I’m equally proud of the hundreds or thousands of other individuals who left non-competitive states to come make a difference in places like Ohio, Florida, and Virginia.

I’m proud of my country for rejecting hate and embracing love across the board – voters in Maryland and Maine became the first in the country’s history to approve gay marriage via popular vote. Washington seems to be heading in that direction, though at the time of this writing it’s still too close to call. Minnesotans shot down a proposed constitutional amendment banning gay marriage, as well. Finally, in Wisconsin, Tammy Baldwin made history by becoming the first openly gay U.S. Senator. I’m proud of her for her historic achievement and the fine example she is setting.

I’m proud, too, of voters in Missouri and Indiana, who rebuked candidates Todd Akin and Richard Mourdock for their disturbingly revealing takes on rape and childbirth. It is reassuring to know that their brand of misogyny and religious paternalism has no place in government.

I’m proud of the American people for making the right choice, I’m proud to say that I was there, where it was all decided, but more than anything else I’m proud of everyone who successfully endured several months of awful campaign ads and my badgering about voter registration and absentee ballots.

Overall, this election didn’t affect the status quo. The government in January will look very similar to how it looks right now. However, this election was important. It was a rejection of our worst impulses and an embrace of our best. America has spoken out in favor of tolerance, unity, and diversity; we have made it clear that those voices that have been silenced in the past will be heard.