What to expect with Trump impeachment proceedings 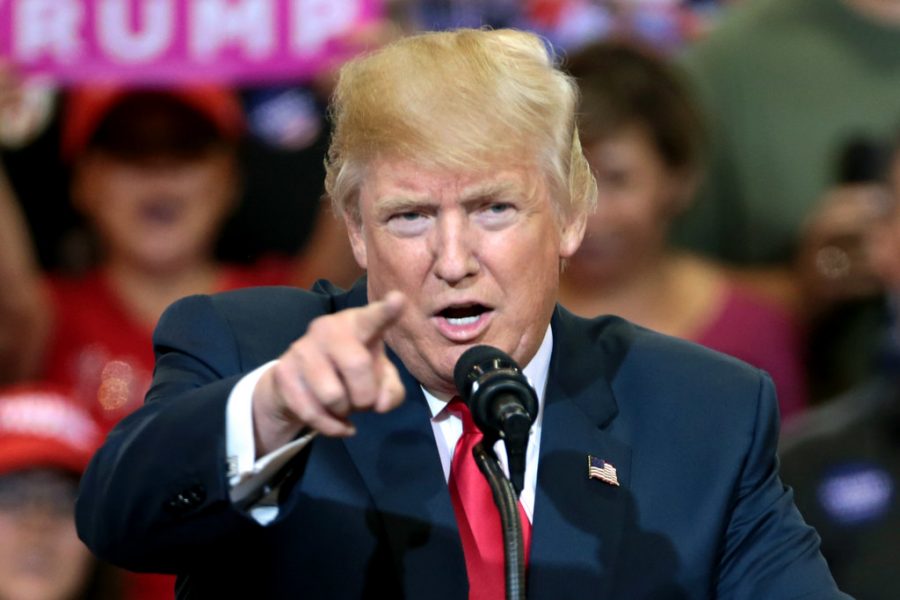 With a new revelation pretty much every day, President Trump’s impeachment proceedings seem to be moving at a breakneck pace. On Tuesday, Sept. 24, Speaker of the House Nancy Pelosi announced the House of Representatives was launching an official impeachment investigation. Since then, subpoenas, Trump tweets and a variety of allegations have abounded.

A phone call from July 25 between Trump and Ukrainian President Volodymyr Zelensky set off impeachment proceedings. In this call, Trump encouraged Zelensky to investigate former Vice President Joe Biden, one of Trump’s primary opponents in the upcoming election, and his family. News of this call first came from a CIA whistleblower. Last week, the White House released a non-verbatim transcript of the call.

Many democrats and critics of Trump argue that Trump used his presidential powers solely for personal gain when he asked Zelensky to investigate Biden. Additionally, Trump also allegedly withheld millions of dollars of military aid to Ukraine prior to the phone call.

On the other side of the argument, Trump and other Republican leaders argue that Biden and his son Hunter were engaged in corrupt, illegal activities in Ukraine. This claim stems from Hunter Biden’s position on the board of Burisma Holdings, a suspect Ukrainian natural gas company. Mykola Zlochevsky, Burisma’s owner and CEO, has been accused of corruption and embezzlement of public funds. In 2016, Biden, at the behest of the Obama administration, forced Ukraine to remove their then-general prosecutor, Viktor Shokin. Many Western governments and entities, including the U.K. and the International Monetary Fund, believed that Shokin was either corrupt or much too light on corruption. Trump claims Biden engineered the removal of Shokin so his son would not be investigated with Burisma Holdings.

Last Friday, the house subpoenaed Secretary of State Mike Pompeo in an effort to review documents that Pompeo had refused to voluntarily release. The U.S. special representative for Ukraine, Kurt Volker, also resigned that Friday after being implicated in the scandal.

In response, Trump has lashed out against the prominent House Democrats leading the investigation and called Adam Schiff, the Democratic chairman of the House Intelligence Committee, “a lowlife.”

Many people have called for Trump’s impeachment prior to this scandal over a variety of previous actions and his conduct in general. The decision to pursue impeachment has required House Democrats to consider greater strategic implications.

Justin Buchler, an associate political science professor at Case Western Reserve University with an interest in political strategy, parties and elections, commented on the strategy implications of impeachment.

“If they do pass articles of impeachment, there is almost no chance that the Senate will convict Trump, and the only modern historical reference point for a failed impeachment is Bill Clinton,” said Buchler. “That backfired on the Republicans, leading to one of the only two modern midterm elections in which the president’s party gained seats.”

Buchler believes this concern is what has made some democrats wary of impeachment.

“The more cautious Democrats understand this history, but that is set against the Democrats who are telling themselves that this time, a failed impeachment will play out differently, although there is no precedent for what they envision,” Buchler explained.

Although Buchler did mention that the probability the House does pass articles of impeachment has increased to almost a fifty-fifty chance.

Regarding the timeline for impeachment, Buchler believes it is pretty much impossible to say at this point, due to the divisions within the Democratic Party about how to proceed.

“The more aggressive Democrats want to move toward a vote quickly, but the more cautious Democrats prefer a drawn-out investigative process that might not even lead to a formal vote on articles of impeachment, believing that an investigation might help them, but a failed impeachment might lead to a replay of 1998,” Buchler said.

David Rodriguez, president of the Case College Republicans, believes that Trump has not conducted an impeachable offense and echoes Buchler’s point that a failed impeachment process will likely motivate Republican voters in the upcoming election.

“Based on the information currently available, this impeachment effort will likely fall flat and invigorate Republican voters heading into the 2020 election,” said Rodriguez.

Rodriguez also mentioned that the timing of Trump’s inquiry into Biden is the only reason House Democrats became interested.

“If Joe Biden was not running for the presidency in the upcoming election, such questioning for the purpose of uncovering corruption within our country and theirs would be considered nothing but commendable,” said Rodriguez.

The Case College Democrats also weighed in on the proceedings.

According to Chloe Mieras, the president of the Case College Democrats, “the official position of the Case College Democrats is that we trust in the process and trust the impeachment inquiry to determine whether or not the crimes committed by this administration rise to the level of impeachment. The refusal of the Trump administration to provide Congress with the whistleblower report in circumvention of federal law is an appalling offense to our democracy and we trust our elected officials to defend our democratic system using the means provided by our constitution.”