Leadership summit highlights those who take action to stop hatred 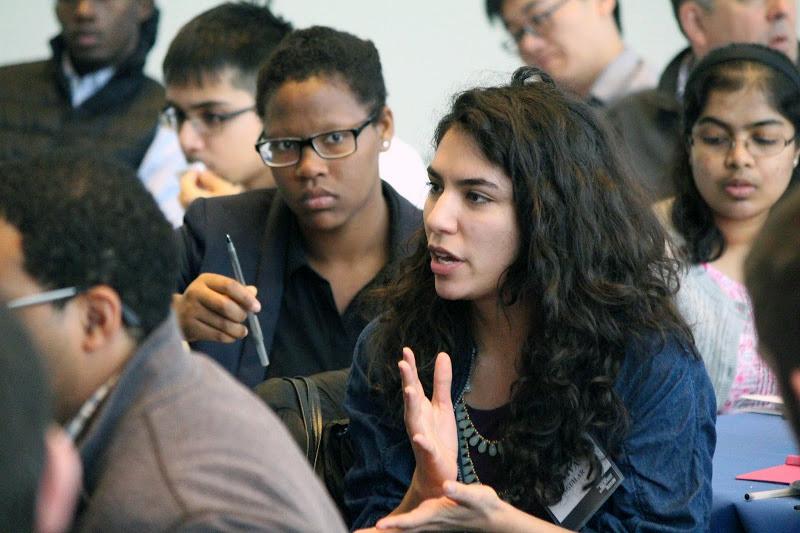 Participants in the summit held breakout sessions to discuss the talks and what they could do to take action against hatred.

The college identity is tied to the idea that a college student has the potential make a difference wherever they put their mind to work. The What You Do Matters Leadership Summit, hosted on campus this past weekend and organized by the United States Holocaust Memorial Museum​, embraced this ideology in respect to one of the world’s most ingrained social issues, hate speech.

Over 80 students, staff and visitors took part in the two-day conference, which was highlighted by a visit to the Maltz Museum of Jewish Heritage and four moving speakers with firsthand experience with hateful political movements. In addition to the speakers, the conference organizers set up small group discussions for the summit attendees to discuss ways to prevent the resurgence and continuation of hateful speech.

The Maltz Museum visit kicked off the summit, with a lesson about one of the most horrific sets of hate crimes in human history, the Holocaust. After everyone returned to campus, the first speaker, a victim of the Holocaust, began his story.

Prior to the outbreak, George Kronenberg was evacuated from Nazi Germany at the age of 10 as part of the Kindertransport. Kronenberg is Jewish, and while he and his sister made it out of Germany to safety—first in England and later here in the United States—his parents were barred from leaving Germany due to the outbreak of World War II and were murdered by the Nazis in the infamous concentration camp, Auschwitz. Kronenberg’s story, a moving testimonial by one of the few Jewish children lucky enough to escape Nazi clutches, highlighted the destruction such hateful movements cause, and the power of freedom.

The next talk was from Aaron Samuels, a poet and author with a rich family history. As an African American Jewish writer and performer, Samuels felt a lot of anger while learning about his heritage.

For Samuels, the main message was to stand up for others.

“It’s easy to be angry at Nazis, at Nazism,” he said. “But what I am also angry at is the people standing by and watching all these atrocities take place.”

Standing up for others is exactly what the next speaker, Carl Wilkens, did. During the Rwandan genocide, Wilkens, a humanitarian, was one of the few Americans who chose to stay behind and help while others were evacuated.

Before the genocide, Wilkens and his family lived peacefully. After the assassination of Rwandan President Juvénal Habyarimana, though, the killings began, and most of the Americans in the country were evacuated. Wilkens, however, decided to stay. He could not imagine leaving his Tutsi household workers behind.

After his family was evacuated, Wilkens spent hours recording everything he saw and experienced, in case he did not survive the ordeal. In the end, he helped save the lives of his workers and many others.

Despite the horrors he witnessed, Wilkes also came by a number of others who made the choice to help. In one story, he told of how his neighbors helped to protect him and his family, saying, “Their children play with our children.”

According to Wilkes, the actions of his neighbors saved his family. He said that, while it is hard to risk oneself and one’s family, it is always important to speak up and protect others.

All of the speakers stressed that the best way to stop atrocities from occurring in the name of hatred is to take action. This resonated in the minds of the summit attendees, who discussed what they each could do to respond to that call to action. [portfolio_slideshow id=14043]