Who is ‘Mike Richards’? The $1000 question everyone is asking 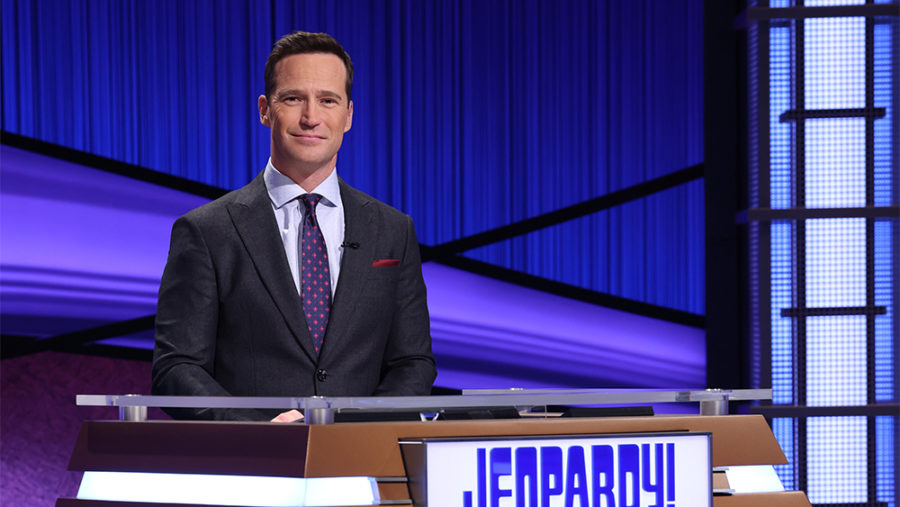 Mike Richards had a very short-lived and controversy-filled tenure as the new host of "Jeopardy!"

“And here is the host of ‘Jeopardy!,’ Alex Trebek!”

For years of my life, I would get incredibly excited to hear these words, eager to test my trivia skills with my family. We always came together to watch the show, with my sister always knowing the correct answer and my Dad always being expressive when he got a question right. It brought us together, making a tradition of finding time for one another and learning something new. Essential to the show was its charismatic and incredibly knowledgeable host, Alex Trebek. His clear love for learning, his authenticity with the contestants and his keen sense of humor made the show engaging for everyone, even seven-year-old me who didn’t have an ounce of knowledge.

When Trebek tragically passed away in November 2020 from pancreatic cancer, it was a bittersweet moment. Nobody could replace Alex, but the beloved quiz show must go on in some way. Sony Pictures Television (SPT), who owns the production of “Jeopardy!,” had the seemingly insurmountable task of finding the perfect person to follow in Trebek’s footsteps. My family group chat was full of discourse on who it should be (my sister often quipped that she should be considered). After months of deliberation, SPT finally announced their decision on Aug. 11: Mike Richards, an executive producer of the show, and Mayim Bialik, an actress with a PhD in neuroscience, would jointly be taking over the quiz show. Richards would be hosting the night-to-night episodes, while Bialik would host prime-time specials that happen from time to time, like the “National College Championship” or the “Teen Tournament.”

SPT executives did not get the reaction that they were hoping for after this decision. Almost immediately after the announcement, “Jeopardy!” lovers were all over social media discussing the decision, with an almost universally negative reaction.

On Aug. 18, “The Ringer,” a pop culture and sports news website, released a piece by Claire McNear about Richards, titled “‘A Smile With Sharp Teeth’: Mike Richards’s Rise to ‘Jeopardy!’ Host Sparks Questions About His Past”. McNear, a journalist and author of “Answers in the Form of Questions: A Definitive History and Insider’s Guide to Jeopardy!,” compiles many of Richards’ controversies in one place. She outlines his allegations of assault and discrimination from women he worked with on “The Price is Right” during his time on the game show. Additionally, she talks about the lawsuits—that models on the show filed against Richards and the rest of the production team—for discriminating against them during their pregnancies. McNear displays an email Richards sent to the “Jeopardy!” staff about the possibility of him hosting, outwardly denying the claims, while clearly determined to fix himself into the part. McNear continues by giving direct quotes from Richards’ podcast, “The Randumb Show,” making clear that his offensive language didn’t stop at “The Price is Right.” Many inappropriate things were said to the podcast’s female co-host, Beth Triffon (also his former assistant), ranging from calling her a “booth ho” and “booth slut” to asking her specifically if she’s ever taken a nude photo and which parts of her body were exposed. Richards isn’t just sexist either, he also talks negatively about Jewish people, people with drug addictions and people in lower socioeconomic classes.

Richards quickly came out with a statement once the article was published attempting to excuse himself, claiming that, while his comments were mistakes, the podcast was all in good fun. But the pressure of his past was too much, and Richards stepped down as host on Aug. 20, seemingly of his own will, though he still held his position as executive producer. This left people more upset because Richards would continue to have a say in what goes on at the show in this position, evidenced by his influence in the interim after Trebek’s death.

When the heat over Richards didn’t cease, SPT fired him altogether on Aug. 31, especially after “Jeopardy!” staff expressed their displeasure in internal meetings. Suzanne Prete, the executive vice president of business and strategy for SPT, announced the departure, saying “We had hoped that when Mike stepped down from the host position at ‘Jeopardy!’ it would have minimized the disruption and internal difficulties we have all experienced…That clearly has not happened.” Richards filmed one day before stepping down (equivalent to a week of episodes), the first episodes of the show’s 38th season, which aired this past week. Now Mayim Bialik will be the first in a new series of guest hosts as the show begins to look for its next permanent host.

This entire situation is indicative of a larger change in workplace culture. As more women develop the confidence to share the stories of their mistreatment in the industry, the support for them grows, leading to legal action against accusers. It is also indicative of the fact that we need to be doing our research on the people we put into our media. How did this situation even happen? The lawsuits and the podcasts were public for all to see, yet Richards was still picked for the job. Maybe he did really take the position for himself, as executive producer in charge of the host-search process.

But now it is time to look forward. The “Jeopardy!” team needs to find someone who can bring people together again, rather than dividing them on the subject of who would be a better host. They need someone who can bring a family together, even when their sister is a know-it-all and their father makes a funny face every time he gets the answer right. Someone who will carry on the tradition of celebrating learning overall. They need someone who, most of all, follows Trebek’s words closely. In one of his last speeches, Trebek said “We’re trying to build a gentler, kinder society, and if we all pitch in just a little bit, we’re gonna get there.” There’s a lot SPT can learn from this experience, and from the words of Trebek himself.