But never forget the tragedy 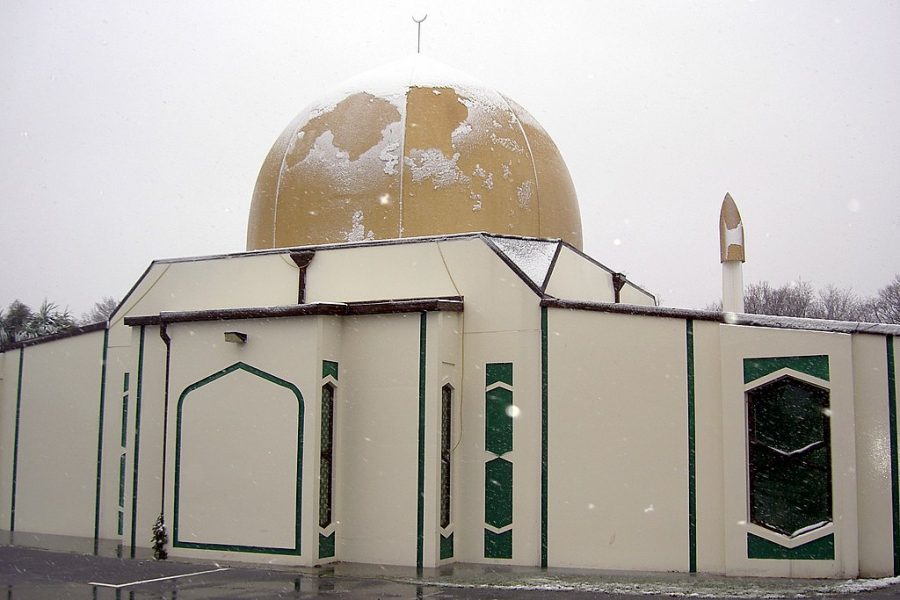 A photo of one of the Christchurch Mosques that were attacked this past weekend. The incident has again sparked conversations regarding how we react to mass shootings and acts of violent nationalism.

Last week, the world was rocked by the news that two mosques had been attacked by a white nationalist. Mass shootings are, unfortunately, a common problem in America, but this past Friday’s attack occurred in New Zealand. Leaving at least 50 dead, the shooter used an semi-automatic rifle to perpetrate the attack.

Little time was wasted before the world began to respond. The Prime Minister of New Zealand, Jacinda Ardern, is quickly moving to ban the weapon and similar automatic weapons, something the United States has repeatedly failed to even approach. Another move she and the rest of the government has made is to do all they can to keep the shooter “nameless,” refusing to release the shooter’s name or picture to the public.

This is an outstanding move, and one the United States should consider, should another attack on a school or other public area happen. Keeping perpetrators anonymous restricts their ability to inspire similar attacks in the future.

To clarify, when I say keep the killer nameless, I don’t mean just not to release their name. We shouldn’t release any information about them at all. This would serve to keep the story about what the story should be about: the tragedy.

These attacks occur for a multitude of reasons: from mental health issues to nationalism and beyond. One common thread of all of these attacks, at least in the United States, is the public identification of the perpetrator. This public identification leads to a sensationalization of the shooter, and, in some ways, glorifies the shooter and their actions. I am sure that this is not the intent of identifying the perpetrator, but it is a very serious and misplaced action in the aftermath of a deadly attack.

Often following a public identification, investigations into these shooters’ lives are done, and we learn much about their lives and stories. For instance, after the Orlando nightclub shooting in 2016, the Daily Mirror published a cover story about the shooter with a picture of the shooter taking a mirror selfie. Why did the front cover of this magazine need to include a smiling, mirror selfie of the perpetrator?

This is glorification, pure and simple. There was absolutely no need to publish that picture or any background or information about the killer at all. The only necessary information was about the shooting itself and how terrible and tragic it was. The information given about the shooter in this case, and in many other cases, serves to make the killer into something they should not be portrayed as.

I am not trying to discount these terrible events. All I am trying to say is that by attempting to stop the glorification of these killers, we could prevent more of these shootings in the future. All media is media, no matter how good or bad. Even these portrayals of the shooters in negative light may serve to inspire some to go and commit more of these atrocities.

In addition to this search for glory, a live stream of the New Zealand shooting was uploaded to Facebook but was quickly taken down. That being said, another 1.2 million copies of the video were attempted to be uploaded onto the social network, but thankfully, they were stopped.

Unfortunately, videos were copied from the original video and posted to other, more radical websites like 8chan. Why were these videos uploaded if not to glorify the actions of the shooter and inspire others to commit more heinous crimes?

Glory and fame may not be all that the shooter is after, but they definitely play a part in the perpetrator’s decisions, conscious or not.

If another mass shooting occurs, I urge everyone to keep the shooter nameless to halt the inspiration of others. We can all work together to prevent these tragedies, and this is one integral aspect we as a society can improve on.