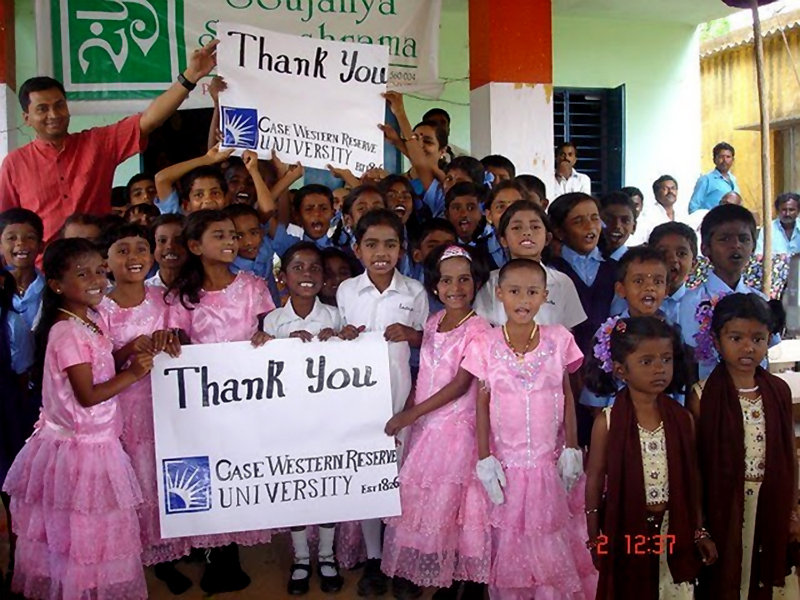 WISER is selling samosas and hosting various events to raise money for underprivileged students in India.

Female students at Case Western Reserve University experience support from the Women in Science and Engineering Roundtable (WISER), but for some time, WISER has also supported those across the world, in India.

Last Wednesday, Oct. 19, WISER hosted a carnival on the quad to support the purchase of books and supplies for children in India through the non-profit Soujanya Sevashrama (SEVA). The non-profit’s program, Nurture a School Annually, supports public schools in Indian villages.

“I love this event,” said second-year Samatha Chrin, the vice president of outreach for WISER. “It supports schools in India for underprivileged girls. As women in science and engineering, it’s very important that we help other women in other countries get education so they can pursue whatever they want to pursue.”

Throughout the semester, WISER also sells samosas in Nord Hall as part of their fundraising campaign. Thus far, they have raised between $500 and $600 for SEVA. Last year, in addition to school supplies, WISER was able to purchase reconditioned computers and musical instruments.

“Public schools in Indian villages funded by government are woefully lacking in resources,” explained Dr. Rekha Srinivasan, a WISER faculty advisor. “Some of these schools are single room for multiple grades where the students sit on the floor.”

WISER began partnering with SEVA after a discussion between Srinivasan and a student WISER member who graduated in 2012. Both were interested in education for children, particularly young girls, in India, where some resources may lack.

Srinivasan has visited some schools that WISER has helped. She was surprised by how happy not only the students, but also the teachers were with the new resources. They requested more of the computers WISER had purchased.

“A lot of [CWRU students], when I tell them that the money [from selling samosas] is actually going to children in India, are surprised by [the destination],” said second-year Jodie Makara, the WISER outreach coordinator for SEVA. “And they say, ‘in that case I will buy two.’”

WISER hopes to expand their work to help more underprivileged students. Srinivasan explained that the lack of resources in India also extends to higher education. Most students are taught the language spoken in their region, but universities teach classes in English, cutting off access even to girls that had more educational opportunities when they were younger. To allow more opportunities for these children, SEVA has begun teaching local children English.

WISER’s goal is to start raising enough money to pay for the higher education of these girls.