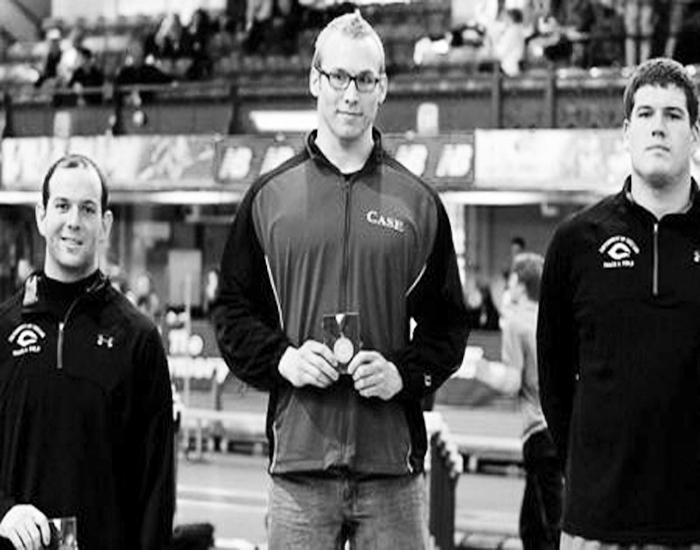 The Case Western Reserve University track and field teams return to Cleveland and warm weather ready for the outdoor season after a successful showing at New York University and the University Athletic Association Indoor Championship. The meet, which was held at the New Balance Track and Field Center, saw the Spartan women finish fourth and the men finish sixth in the team scores.

The women’s team finished with 56 points, seven points behind third place University of Chicago. The women’s championship was won by Washington University, who had to hold off second place Emory, 149-136. New York, Carnegie Mellon University, and Brandeis University rounded out the seven teams with 42, 33, and 15 points.

The men finished with 35 points, six points ahead of seventh place Brandeis’s 29. Washington took home the men’s title as well, this time by a comfortable margin, with a total of 117 points. Carnegie Mellon and Emory tied for second with 90 points. New York was fourth with 75 points while Chicago finished fifth with 60.

Senior Erin Hollinger brought her A game to compete in the high jump, finishing third in with a height of 5’5”. The leap was a season best for Hollinger and is currently 19th in Division III.

Finishing third in the 60-meter hurdles was Nataija Brown for the Spartans. Brown, a senior, secured a top-three finish with a time of 9.28 seconds.

In the pole vault, the Spartans nabbed four points thanks to rookie Sophia Herzog’s vault of 10’8”.

Freshman Keri Walter scored in the triple jump by finishing fifth with a distance of 35’7.5”.

Senior Leslie Stanard was fifth in the 60-meter dash in 8.16 seconds.

Senior Eben Via took home the title in the weight throw with a toss of 54’4”, over 1.5 feet farther than second place Nick Rockwell of Chicago. Harry Weintraub finished sixth, grabbing a point for the Spartans with a throw of 49’10”. Freshman Samuel Reusser finished fifth in the shot put with 44’3”.

Senior Matthew Jurcak nabbed second in the 60-meter hurdles, earning eight points for the Spartan men with a time of 8.19 seconds. Jurcak was touched out by a nose by Washington’s Tyler Jackson, who finished in 8.14 seconds. Jurcak’s time is the eighth fastest in the nation. Senior Jacob Miller finished sixth for the Spartans in 8.99 seconds.

The men had two finishers in the top six of the pole vault. Junior Nick Errico finished third with a vault of 13’5.5”; Mark Kulinski finished sixth with the same height but fell three spots due to the number of jumps.

Senior Ty Shaffer earned eight more points for the men with a second-place finish in the 400-meter dash in 59.79 seconds.

Junior Cameron Lee landed at a distance of 42’11” in the triple jump, long enough to clinch fifth place for Case.

The next step for the Case track and field teams will be the 2012 NCAA Division III Indoor Championship at Grinnell College in Iowa. Jurcak is on the short list to get an invite to represent the Spartan men in the 60-meter hurdles. Hollinger, who is currently 19th in the high jump, also has a chance at an invite. The national championship will take place March 10-11.