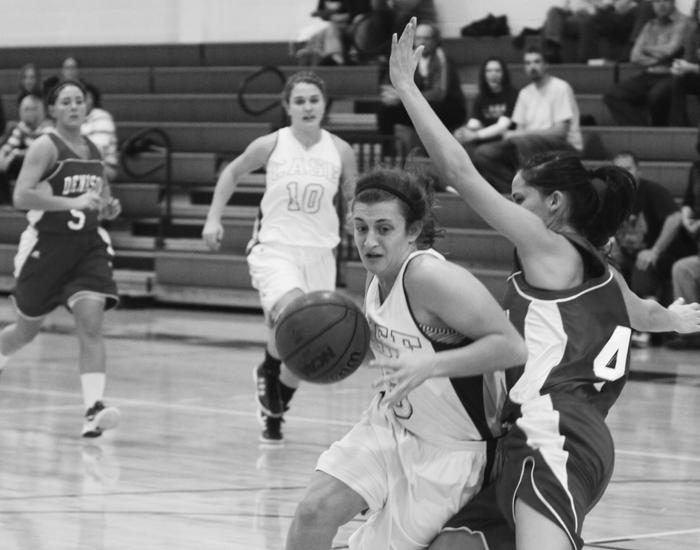 The Case Western Reserve University women’s basketball team will take on the No. 11 University of Rochester tonight at 6 p.m. in the Horsburgh Gynasium. The Spartans (12-10, 5-6) will face a Yellowjackets team that is in a close battle for second place in the UAA. The women currently sit in limbo in fifth place, two games back of Sunday’s foe Emory University (16-6, 7-4), but with a three-game lead over New York University (10-12, 2-9) and Carnegie Mellon University (8-14, 2-9). The women need a statement win over the Yellowjackets and another win over the Eagles if they hope to match last year’s fourth place finish in the UAA.

The women’s first game against the Yellowjackets on Jan. 20 came in the form of a 73-61 loss. Rochester’s 14-point halftime lead proved too much to overcome for a Case team that outscored their opponents in the second half 32-30. That first game saw solid offensive production from four of the starting Spartans: senior Erin Hollinger and juniors Evy Iacono and Erica Iafelice were all in double digits with 17, 12, and 13 points respectively. Senior Chelsea Peck also had a great performance offensively, netting nine points and five rebounds, four of which were offensive rebounds. The Spartans’ other starter, junior Marissa Miles, was held scoreless in 21 minutes.

The Spartans’ woes last game came at the hands of their defense. Iacono fouled out as Rochester’s Laney Ming drove her way to 14 points, going 10-for-10 from the charity stripe. Yellowjacket Danielle McNabb also racked up six free throws, converting five on her way to a game-high 18 points.

Case’s defense is fourth in the UAA while Rochester’s is first, averaging 57.4 and 52.3 points per game, respectively. Rochester also scores 68.0 points per game, nearly 10 more than Case’s 58.6. For Case to stop the nationally ranked Rochester, they’ll need to press all the way out to the three-point line, Rochester shot 46.7 percent from deep in their last game, going 7-for-15 for 21 points. The Spartans will need to play a defensive battle on their own terms in order to win on their home court. Rochester, who shot 74.9 percent for free throws on the season, shot 90.9 percent in their game in January, but that boon would have only have resulted in a five-point swing if the Yellowjackets had shot to form.

The game against Rochester has been designated as a Play4Kay event, with all proceeds to benefit the Women’s Basketball Coaches Association charity of choice, the Kay Yow Cancer Fund. The women will wear signature pink uniforms that were made possible by the generosity of CWRU’s Frances Payne Bolton School of Nursing.

The Spartans will play their Seniors’ Day game on Sunday at 2 p.m. against Emory in Horsburgh Gymnasium. Seniors Erin Hollinger, Sarah Milligan, and Chelsea Peck will all be honored for their careers as student athletes.