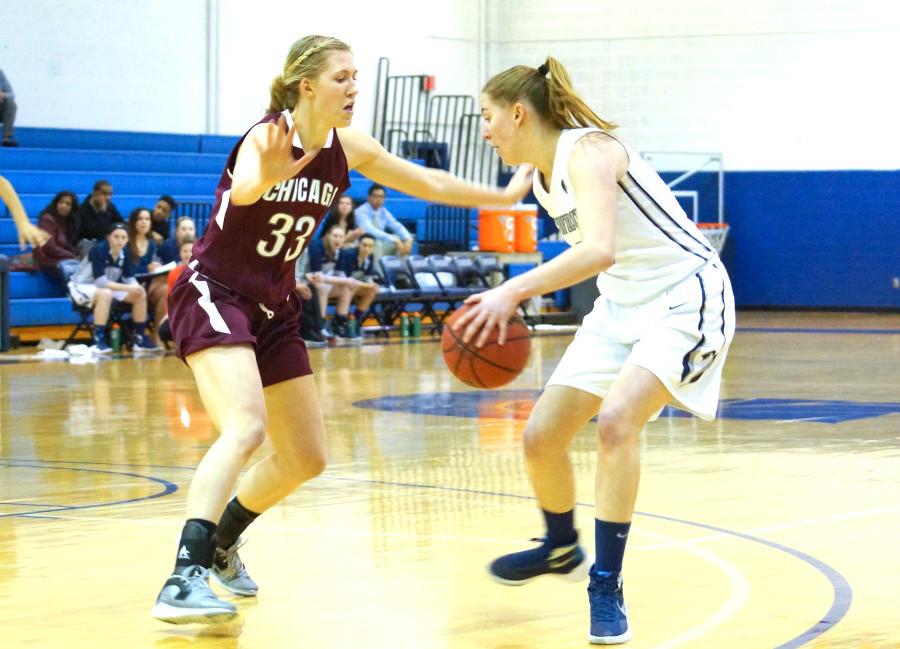 Women’s Basketball picked up second UAA win this weekend and look to build to bigger success.

The weekend of Feb. 5 to Feb. 7, the Case Western Reserve University women’s basketball team got to play two games in Adelbert Gymnasium. It was Throwback Weekend, and that meant it was time to break out the bright yellow Mather College jerseys in homage to the past.

The weekend did not start off on a good note. Brandeis University came to town, and the result was a 64-53 loss for CWRU. Despite the loss, first-year student Hillary Hellmann continued her stellar play, leading the Spartans with 17 points and 10 rebounds. Hellman’s play against both Brandeis and New York University (NYU) earned her a University Athletic Association (UAA) Athlete of the Week honor.

“I am humbled to receive the athlete of the week award,” said Hellman, “I have to thank my teammates, especially the upperclassmen who have done a great job of encouraging and supporting all of the first-year players in our transition to college basketball.”

However on Sunday the women played one of their best games of the season, defeating seventh-ranked NYU, 67-65. Third-year guard Jessica McCoy hit two free throws down the stretch to create the final margin. McCoy ended the game with 16 points, and second-year forward Kara Hageman and Hellman both doubled-up, Hageman with 11 and 11, Hellman with 15 and 10. Head Coach Jennifer Reimer was extremely pleased with this result, and said, “A win over a highly ranked team is a well-deserved reward for all the hard work they have been putting in.”

Throwback Weekend ended on an extremely high note, as just a week earlier NYU had defeated the team without too much struggle. This weekend was different, however. Hageman, who led the team assists and rebounds, summed up the difference quite well. “My mentality is that I want to do whatever is needed to get our team the win. So I just play hard and aggressive and try to get the best shot and opportunities possible for the team,” she said, “I think that our whole team did a great job of pulling their weight and contributing in different ways. Alex Roth had a great steal at the end of the game that really got our team going, and Jess McCoy hit two clutch free throws to secure the win. Defensively, Laura Mummey completely shut down one of NYU’s best players. Basketball is more than just points, it’s about everyone on the team contributing in different ways to collectively get the win.”

Maybe they just had to get used to the yellow jerseys on Friday, as on Sunday they came out ready to go and ready to avenge their loss from the previous week.

There is still a lot of work to do for the young CWRU team, as Reimer emphasized, “We need to continue to improve our defensive communication, and at the other end we need to throw better passes and work the basketball a little more in our offense.”

This win over NYU brought the Spartans to 7-13 on the season, and it was their second UAA win in nine attempts.

This certainly can be a momentum swing for the rest of the season, as the Spartans will now know the ability that they have in beating this highly thought of NYU team. Next weekend will bring a road trip for the women, as they will hit up St. Louis and Chicago to play Washington University in St. Louis and the University of Chicago.

“We’re looking to build off of Sunday’s performance as we take on WashU and Chicago this weekend.” said Mummey. “They’re two really good teams, so we have to keep working hard in practice this week, lock down our defense, and make sure our shots are on as we head to St. Louis on Friday.”

If they do, this result should be a springboard for the rest of the season.