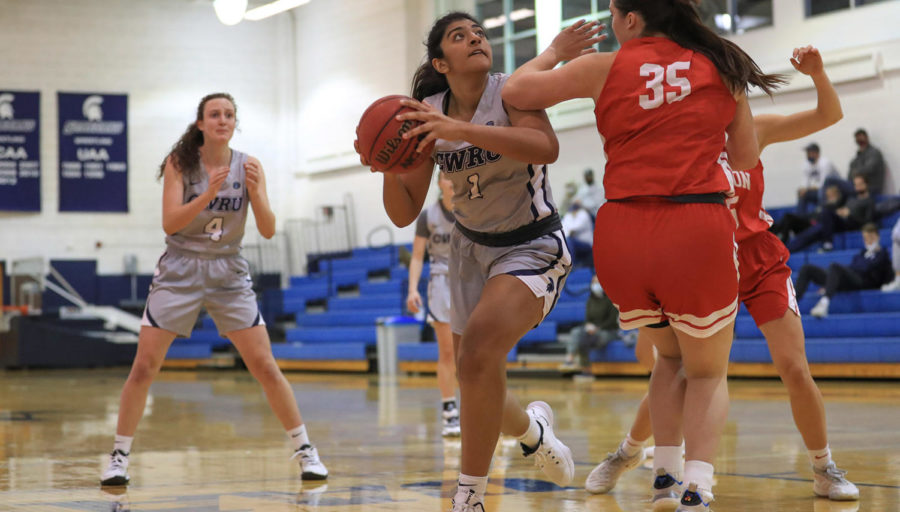 The Case Western Reserve University women’s basketball team returned from break as strong as ever. The Spartans left on high note, beating Kenyon College in a resounding 94-40 victory on Dec. 18. The team returned to finish off the non-conference portion of their schedule with a 5-6 record after defeating Hilbert College 86-47 on Jan. 3.

The first quarter began with a quick layup from Hilbert College. However, once fourth-year guard Abbey Lawrence scored four free throws in a row, there was no going back: the Spartans would maintain their lead throughout the remainder of the game. By the end of the first quarter, the Spartans were up 26-17 and, by halftime, the Spartans almost doubled their score while holding Hilbert to only 6 points in the second quarter. The first half finished with CWRU holding a 56-23 lead.

The second half started as strong as the first for the Spartans, as they continued to score points and ended the third quarter 72-34. At this point, it was clear that the final score was going to be a blowout in favor of the Spartans, and the Spartans wrapped up the game with a dominating final score of 86-47.

The Spartans shot 47% overall and tallied 19 assists with a season high 47 rebounds. The win was grounded in an all-around team effort, as 11 of the 13 players who played scored.

Lawrence led both teams in scoring with 27 points, recording her third 20-point effort in a row and her eighth of the entire season. Second-year forward Kayla Characklis scored 10 points with a career-high 11 rebounds, while second-year guard Sarah Mitchell and first-year guard Nyah Moore each chipped in career highs of 10 points. Head coach Jennifer Reimer acknowledged the fantastic team play in an interview with the CWRU Athletic Department when she said, “We always battle and [we’re] always so proud of how hard we fight.”

The Spartans had built some momentum before entering the UAA conference, winning three of their previous four games. According to third-year Isabella Mills, “in the UAA it could be anyone’s day any day.” Anxiety was high entering the conference schedule, and coach Reimer explained that “once you step into conference play, the teams that you’re playing know you better than you know you.”

Unfortunately, the conference opener against Carnegie Mellon University was not as triumphant as the game against Hilbert College. The team entered the game knowing very well that there were some things they needed to work on to emerge victorious.

“At the end of the day,” Coach Reimer explained, “we need to be better in the rebounding column and we need to take better care of the basketball.”

Even with this in mind, the Spartans suffered a loss of 58-64.

The entirety of the game was neck-and-neck. However, the first quarter showed great promise as it ended with the Spartans up 14-10. The Tartans slowly pulled ahead in the second quarter, culminating in a 26-35 Tartan lead at the end of the first half.

The second half was closer than the first with the Spartans down by five at the end of the third quarter with the score 46-51. The Spartans put up a fight in the final quarter but it wasn’t enough to close the gap.

Although this loss ended their two-game winning streak, the Spartans played a strong and consistent game and should be proud of the way they played. Lawrence scored a game-high 21 points while Mills contributed 16 points. Second-year forward Preet Gill snatched a career-high 10 rebounds, and Characklis filled up the stat sheet with four points, nine rebounds, and a team-high four assists. CWRU shot 35% from the field and 41.2% three-pointers but were outrebounded 51-40.

The UAA conference matchups will continue next weekend when the Spartans play against New York University on Jan. 14 and Brandeis on Jan. 15.