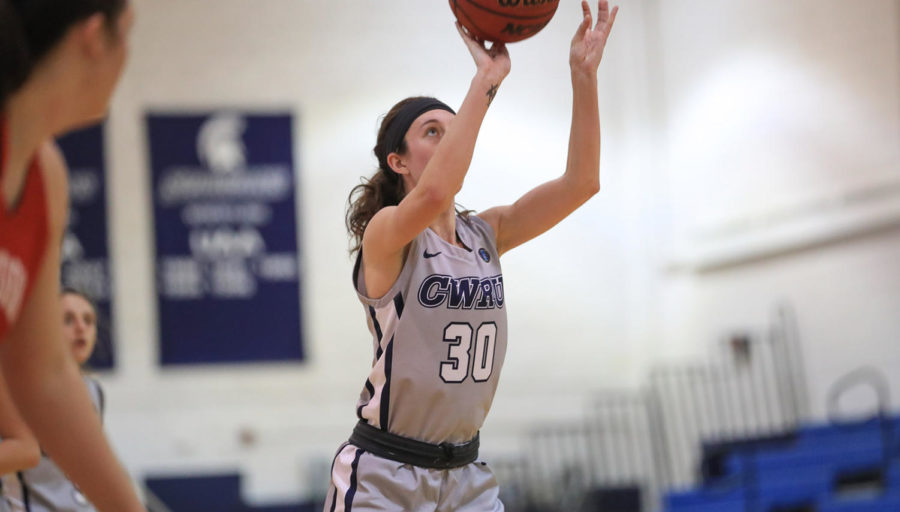 After a thrilling overtime performance this past Sunday, the Case Western Reserve University women’s basketball team picked up their second conference win of the season. The 7-11 Spartans couldn’t surmount a comeback against the University of Chicago and fell 63-55 but came back with vengeance against Washington University in St. Louis, pulling away with a 93-89 overtime thriller.

For the first quarter against Chicago, CWRU stayed well in the game, finishing the quarter down only 12-8 and limiting the Maroons to just one 3-point shot made. Chicago ignited their offense in the second quarter, riding a 14-6 run to a 30-20 lead with less than a minute left in the quarter. Two quick free throws from fourth-year guard Abbey Lawrence brought the halftime deficit to 30-22.

The Maroons opened out to an 11-point lead with 7:10 left in the third quarter and held on for the 47-37 point lead going into the fourth. The Spartans looked like they were mounting a strong comeback after cutting the lead to 50-47, but Chicago mustered up a 11-5 run to close out CWRU 63-55.

CWRU finished the game shooting 35.0% and only held advantages in points off turnovers (14 to 9) and second chance points (14 to 2). Chicago shot an accurate 42.9% from the field and notched 41 rebounds and 18 assists. Lawrence led all scorers with 18 points and added in 5 rebounds. Third-year guard McKenna Gross pitched in 14 points, second-year forward Kayla Characklis put up 11 points and 6 rebounds and third-year forward Isabella Mills chipped in 6 points, 7 rebounds and 5 steals.

On Sunday, the Spartans found their offense quickly and took a 9-0 lead against the Washington Bears to open the first quarter. Washington quickly slowed down CWRU and came back to tie the game at 13-13 with less than four minutes remaining in the period. The two teams traded baskets and finished the quarter with the Spartans up 23-22.

A similar pattern emerged in the second quarter, where a 3-pointer from Mills secured a 10-point lead for the Spartans. But in the remaining 5:36, the Bears knocked down four 3-pointers amid their scoring barrage and snuck out to a 48-45 lead at halftime.

The third quarter remained neck and neck, concluding in a 63-63 tie going into the final quarter. Second-year guard Margaret Terry scored a layup with 8:53 left in the quarter to give the Spartans the lead. Over the next eight minutes, CWRU augmented their advantage to 82-75. However, over the final 30 seconds the Spartans committed a turnover and missed two free throws which allowed Washington to pull within two points with 11 seconds left. Unfortunately for the Spartans, a Bears’ forward hit a jumper to tie the game 82-82 and force overtime.

This inability to close out the game seemed to spark the CWRU offense. Second-year center Preet Gill scored a layup for the first points in overtime. Mills knocked down two free throws to push the Spartan lead to 88-83 with 2:35 left. The Bears had an answer again. They slipped in two layups to tie the game at 89-89. In the last minute, the Spartan defense showed up big time. Mills, along with first-year forward Evie Miller, made two huge blocks and Gross got a steal with just nine seconds left. Gross was fouled and knocked down both free throws to seal the game 93-89.

CWRU shot 46.2% from the field and 28.6% from 3-point range while holding Washington to 38.1% overall and 40.7% from behind the arc. The Spartans capitalized in points off turnovers (25 to 12) and blocks (10), but the Bears held the advantage in every other statistic.

Lawrence led the Spartans with 24 points on an efficient 5-of-7 shooting and 2-of-2 from the 3-point line. Mills brought in a solid all-around game with 20 points, 5 assists, 5 rebounds, 2 steals and 2 blocks. Characklis pitched in 15 points to go along with 6 rebounds, 2 assists and a block.

Lawrence was named the Spartan Club Athlete of the Week and UAA Women’s Basketball Athlete of the Week for her high level performances this past week. She averaged 21.0 points on 44.0% shooting overall, went 3-of-5 from the 3-point range and 89.5% from the charity stripe. She also averaged 3.5 rebounds, an assist and a steal.