Women’s basketball looks to improve prior to conference season 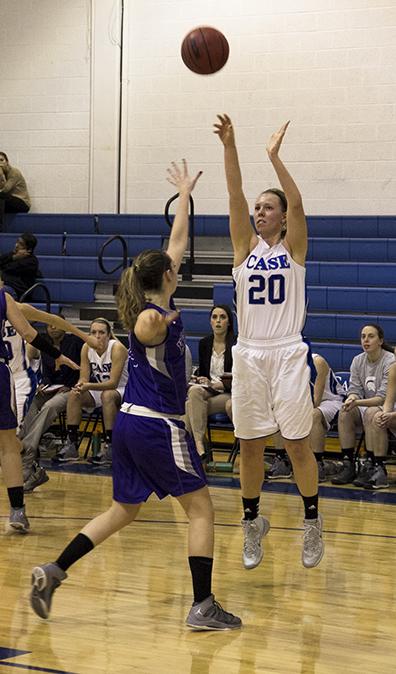 The women’s basketball team is sitting at 5-4 going into the winter break. They will have one more tournament later this month before conference play begins next month. The ladies are looking to continue improving to make strides in the tough University Athletics Association conference.

As the semester is winding down, the team has been busy. With a tournament over Thanksgiving break and a game against Wooster College Wednesday night, the Spartans have been facing off against difficult and varied competition in an effort to make strides before hitting the regular season in January. Head coach Jennifer Reimer knows that they have a long road ahead. “During this preseason, with a new unit getting together this year, every game is an opportunity to come together as a team. We’re still learning how to play together against good competition. After we come back from break, conference will be here before we know it.”

The team is clearly talented. The starters all have put up great numbers at one point or another this season. Over the weekend, Brooke Orcutt led the team in points, rebounds and assists in a 52-62 loss to Denison University. Orcutt has 110 points so far this season, the most on the team, followed by Laura Mummey with 99. Mummey and teammate Berit Eppard both have racked up 61 rebounds and Mummey and Orcutt lead the team with double digit steals.

However, most of the time only one player is playing at these high levels in each game. It is critical that the team grows in consistency over the semester break.
The game on Wednesday featured large leads by the Spartans as they went on scoring streaks, headed primarily by junior Rachel Beaty off the bench. Beaty scored 15 points in her career-best game. The game ended with a 66-49 score in favor of the Spartans.Eppard also added 11 rebounds and five assists in the runaway victory.

The conference schedule starts out on January 11th with a home game versus Carnegie Mellon University. From that point on, the ladies will be facing off against a conference opponent twice a week until the beginning of March. They will play against each team twice, once at home and once on the road.

Regardless of their success this year, the team should prove to be exciting to watch as they work to figure out their team identity and secure the future of the program. The next match up for the team will be against Brescia University and Wittenberg College during the Zimmerman Kiwanis Classic on Dec. 27th and 28th.