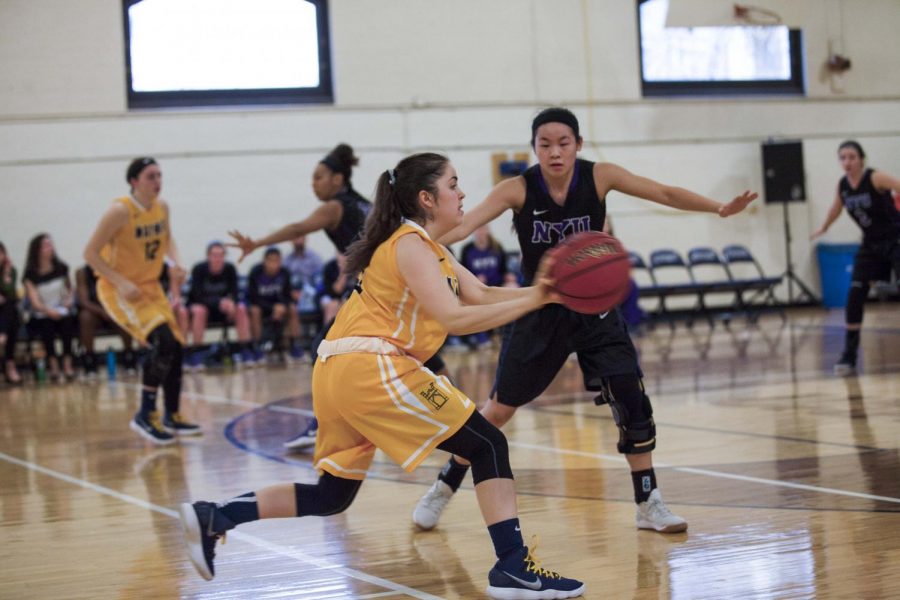 When the sun comes out on a cold winter day and the temperature rises above 20 degrees, everyone feels blessed that they don’t have to suffer walking through the freezing snow.

“Being a [first-year], the upperclassmen told us there’s always cool magic that happens over Throwback Weekend,” said first-year guard Emily Todd. “Knowing how special [it is] and what it stands for the school gave us a boost in our play.”

In the first quarter against Brandeis, first-year forward Megan Shanosky managed to score eight points by herself. Layups from second-year guard Kendall McConico, first-year forward Emma Cain and a three from Shanosky tied the game with a minute remaining, but a buzzer-beating three gave Brandeis the lead, 20-17. The same story repeated itself in the second quarter, as threes from McConico and third-year guard Alexis Amburgey put the Spartans ahead 37-34 heading to halftime.

In the second half, McConico’s drives were unstoppable, and she was able to get to the paint at will. If the defense stopped her one way she would spin the other way and draw the foul. She got to the free throw line nine times, shooting 10-of-18 from the stripe. Her drives also opened up easy threes for Todd and third-year forward Hillary Hellmann. The Spartans went on an 11-0 run in the fourth quarter to ice the game, sparked by Cain scoring over her taller defender.

The Spartans played a solid 2-3 zone defense all game. Through fast rotating and good help defense, the team forced the Judges to take outside shots, which they hit at a 19 percent clip. Cain and first-year forward Becca Rowlands did a good job of stopping taller opponents from scoring in the paint.

McConico scored a career-high 23 points, while Hellmann recorded 16 points and a career-high 13 rebounds. Shanosky and Cain added 11 points each off the bench.

The NYU game started fiercely with both teams trading baskets. Hellmann sparked a 10-0 run at the start of the second quarter by scoring seven points within two minutes. However, the Violets caught up and tied the game at 30.

McConico and Hellmann led a 6-0 run to start the second half, but New York caught up. With about five and a half minutes remaining in the game, NYU’s Kayla Patterson converted a three-point play to give the Violets a seven point lead. The Spartans eventually cut the lead down to three, but a missed three by Hellmann allowed NYU to hold on for the win.

The Spartans shot an amazing 56 percent from the field, which showed a careful offense, unselfishly passing the ball before taking the best shot. The Spartans were able to cut down their turnovers to 24 from the 35 from the last time they played NYU.

“[Kendall] really helps the team attacking the basketball and being aggressive, that’s her thing,” said Todd.

Hellmann led the team with 23 points and seven rebounds and McConico finished with 20 points, including 8-of-12 from the line and eight rebounds.

Along with Todd and first-year guard Jasmine Floyd, McConico has done a nice job taking over primary ball-handling duties ever since second-year starting point guard Alicia Marie Gonzales had a season-ending injury.

Todd said, “It was definitely challenging [at first], because Alicia brings a lot to the team … [it was] a big role to fill.”

The Spartans will play their last home games this season against Emory University on Friday, Feb. 9 at 6 p.m., and No. 11 Rochester on Sunday, Feb. 11 at 1 p.m.