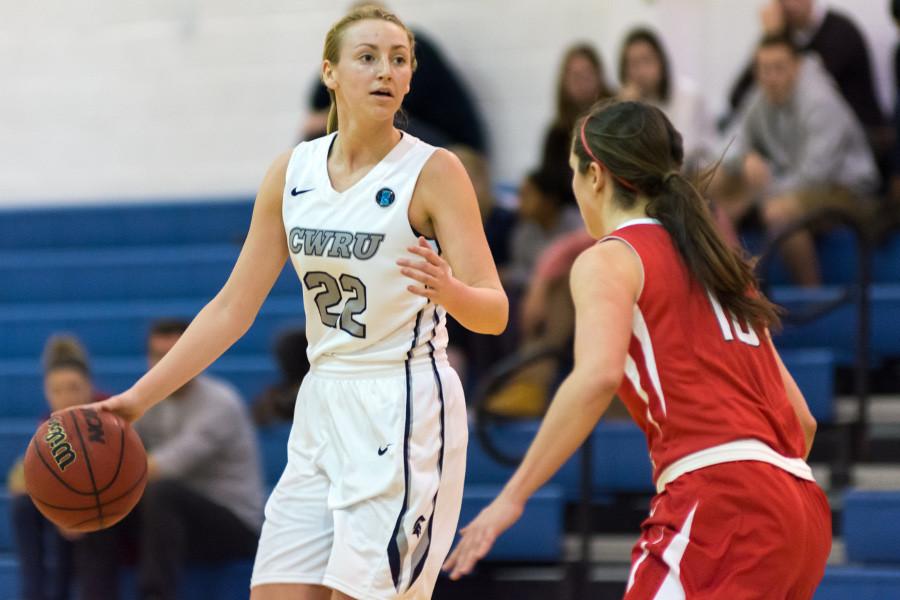 Women’s Basketball dropped both opening games but looks to rebound this week in Mt. Union.

The Case Western Reserve University women’s basketball team got their season underway this past weekend.

The Spartans made the trip to Denison University to face off against the Big Red. Denison is an experienced team with a lot of talent, including a d3hoops.com preseason All-American in Jordan Holmes. Holmes lived up to that billing as she led the Big Red to a 63-57 win over the Spartans. Holmes put up a monster double-double, contributing 30 points and 21 rebounds, to go along with a strong defensive presence with six blocks.

It is tough to overcome that sort of effort by an opposing player, and CWRU Coach Jennifer Reimer agrees, saying “It’s easy to see why she has been selected as a preseason All-American.”

A quickly noticed statistic about the Spartans’ play is a tough shooting performance, as CWRU shot just 30.9 percent from the floor and 27.3 percent from three. Some of that had to do with the imposing inside presence of Holmes, and Reimer is not worried, saying, “We see great progress each day and know those shots are going to fall.”

Early in the season, it is not uncommon to see shooting performances like this as a team works to get in the rhythm of their offense.

Reimer was not worried about shot selection, so these numbers should go up as players settle into new roles in the rotation. She did emphasize that, “We have a young team that … will continue to grow. Our first-year players are going to get game experience now that will pay off when we reach conference play in January.”

As new players are worked into the rotation there will be growing pains, but the key is to be in sync by the start of conference play, and with multiple first-year students playing big minutes in game number one, including Hillary Hellmann, who led the team with 36 minutes, they certainly will be given every opportunity to contribute.

Fourth-year student and guard Emily Young came on strong for the Spartans in scoring 13 points as one of the leaders of the team, and second-year student and forward Kara Hageman was able to double up with 11 and 11. As these returners lead the way and the new players follow suit, the ladies should be in good shape for having a good season. Heading into their game on Nov. 17 against Baldwin Wallace University Coach Reimer stresses the importance of defense. She said, “Our team’s focus is defense. We are working to put together a solid pressure defense that will turn ball pressure into points on the offensive end.”

While defense was the goal, the Spartans struggled in their execution as they dropped their second game of the season. The Spartans played solid defense early keeping Baldwin Wallace to a mere 29 points in the first half. However they were slow out of the gate offensively, only scoring nine points in the first quarter and only 13 in the second. The two sides kicked on the offensive power in the second half, as Kara Hageman led the Spartans, dropping a career high 26 points. However she didn’t get as much help as she needed, as only two of the other four starters were able to score. Jageman, Jessica McCoy, who finished with 16 points, and Hillary Hellmann who had 12,contributed most of the scoring for the Spartans. As a result the Spartans lost by a score of 72 to 63.

As the Spartans continue their season, with defense being stressed and young players becoming comfortable in the team, they will definitely find success. A loss in game one is no worry, as it is a long and hopefully successful season to go for CWRU Women’s Basketball. Their next game is Friday, Nov. 20 vs. Waynesburg University as part of the University of Mount Union Tournament. Action starts at 5 p.m.